What do first lady Brigitte Macron, choreographer Benjamin Millepied and the singer Christine and the Queens have in common… apart from the fact that they are all French? According to Vincent Grégoire from the Paris-based forecasting agency NellyRodi, they also possess a certain je ne sais quoi — that indescribable Gallic quality that exudes an easy allure, an effortless chic and a distinctive sense of style.

For each session of MAISON&OBJET, NellyRodi analyses the latest consumer trends and socio – logical phenomena, and encapsulates them in a theme. The topic chosen for January 2019 may have a humorous note to it: “Excuse My French!” but, it looks very seriously at a re-emergence of the country of Molière on the international scene. “There’s a renewed curiosity about the French abroad, a sort of fascination at the moment,” asserts Grégoire. For him, the movement is linked to globalisation: “In a world where things are be – coming standardized, people are looking for something different.” And where better to celebrate that than at MAISON&OBJET, the Parisian trade show par excellence? Foreign visitors will be given the opportunity to discover new French brands and designers, while others will better understand how to take full advantage of the Made in France phenomenon.

The country has long been a reference world – wide for the arts, fashion, design and lifestyle. For many, it is quite simply the epitome of elegance. Think Catherine Deneuve or the Château de Versailles! Clichés aside, Grégoire pinpoints a number of factors responsible for the country’s new-found resurgence. Leading the way are a whole host of smaller companies – Petites Maisons , who reinterpret traditional savoir-faire with product lines characterised by a spirit of invention and exclusivity. A ‘nouvelle vague’ of creatives open to multicultural influences has also emerged. They shake up traditional French chic by injecting inspirations from elsewhere in a new mood of fusion and mix ‘n’ match.

The importance of the French tech industry should not be underestimated either. Paris is home to the world’s largest start-up campus, Station F, and Gallic firms are leading players in fields of new technology that are bringing revolutionary changes in the home. The design world, meanwhile, is full of figures whose style could be best described as ‘Classic With A Twist’. They bring with them a typically French note of irreverence and daring, a quirkiness and extravagance, which endow their work with an original touch.

All of these threads will be brought together in January at the Trend Forum, a 250 sq. m space in Hall 7 that will present a selection of products embodying the essence of the new French scene. Its theatrical décor will be inspired by the Hall of Mirrors at Versailles, but with a little impertinence à la française mixed in. A small truck where you will be able to find the trend mook for sale will be parked in the middle of it and a number of contemporary items will deliberately contrast with the classical setting. “There will be disruptive, dissonant elements and a spirit of contradiction,” promises Grégoire. “They’re an integral part of that je ne sais quoi.”

Since 1995, MAISON&OBJET has been the world’s foremost event for professionals of the lifestyle, interior design and design industries. Every edition brings together some 3,000 exhibitors and more than 90,000 unique visitors – of which 50% hail from outside France. Promoting new contacts and emerging talents, MAISON&OBJET presents twice a year the latest sources of inspiration by shedding insight into current and future trends. As a result, the event has become an effective catalyst for brand development and business growth. Launched in September 2016, the digital platform MOM (MAISON&OBJET AND MORE) offers a comprehensive overview of the latest news from and products by exhibiting labels, manufacturers, artisans, craftspeople and designers. A never ending source of inspiration, it also provides a tool for visitors to establish a direct conversation with thousands of brands all year round. 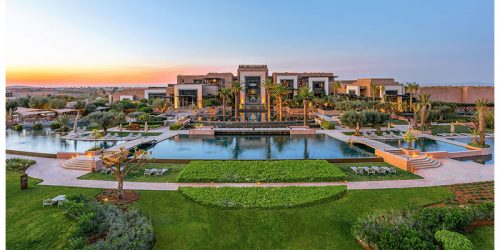 Fairmont Royal Palm Marrakech, one of Morocco’s most iconic luxury hotels, has been awarded three ... 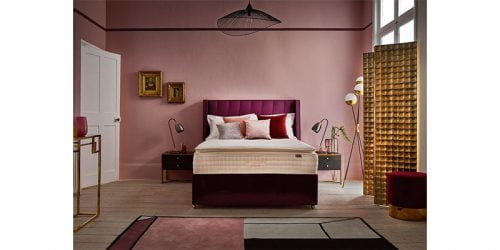 Sleepeezee, one of the world’s most well-known bed manufacturers is set to exhibit at the Hotel In...