20-story InterContinental hotel to rise atop Carolina Theatre in Charlotte 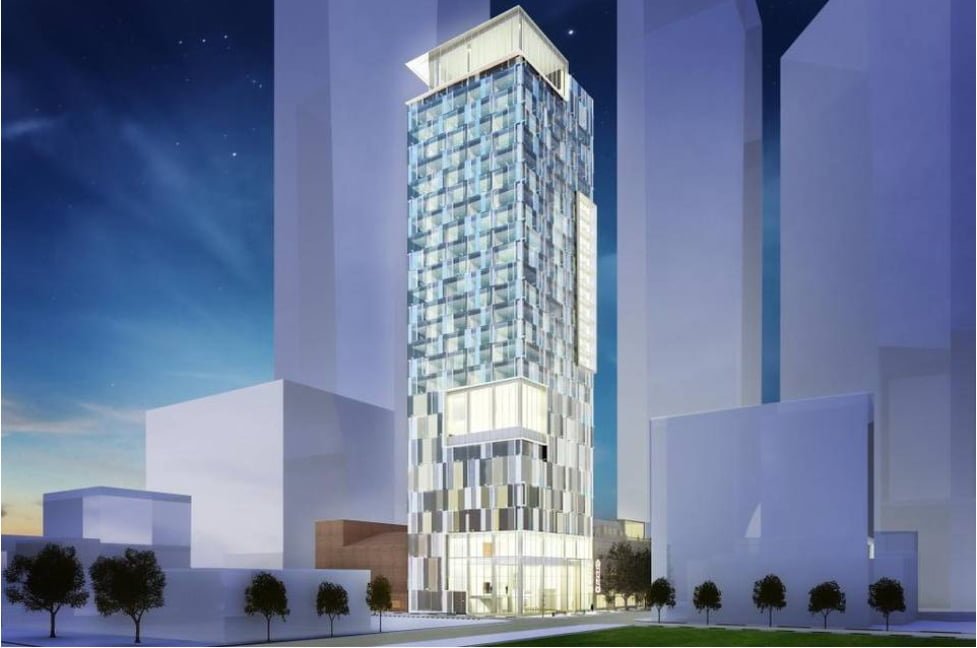 Charlotte is getting a major new luxury hotel as part of the long-planned restoration of a historic-but-derelict theatre uptown.

A 250-room InterContinental hotel will rise atop the renovated and restored Carolina Theatre at Sixth and North Tryon streets. In addition to continuing uptown’s hotel building boom, the new hotel tower will add momentum to designs for revitalizing the northern end of uptown.

The $42 million planned renovation of the theatre is starting in May, Foundation for the Carolinas CEO Michael Marsicano said. The non-profit foundation owns the defunct theatre. This will be the first InterContintental-brand hotel in Charlotte. The upscale hotel targets “international luxury travel,” and operates 187 locations in cities including New York, Miami, Los Angeles, Beijing and Sao Paulo.
The building dates to 1927, and was once one of Charlotte’s grand theatres. Since it closed in 1978, the building has sat vacant and deteriorating. In the 1980s, the city dismantled the old building facade’s windows, arches and exterior ornaments, storing them under the crumbling stage.

“This ugly duckling will start the transformation to a beautiful swan,” said Marsicano at the group’s annual meeting. The new hotel and renovated theatre are planned to open in 2019, about two years after construction starts.

In 2012, Charlotte City Council gave the theatre to the foundation for $1. In the nearly five years since, the building has mostly sat unchanged. In December 2015, the foundation announced plans to build a hotel atop the old theatre and renovate the interior, joining the building with its own headquarters next door and creating a new civic space uptown.

Plans call for restoring the theatre and its original facade behind a new “jewel box” glass exterior, which will frame a new lobby.

Construction on the renovation had been planned to start in mid-2016, but was delayed. Valor Hospitality Partners signed on to lease the air rights above the theatre and bring in a 4- or 5-star luxury hotel for the property. SB&G Hotel Group, an Australian company, is partnering with Valor on the project.

The 250-room hotel is planned to total 20 stories. Atop the five-story theatre, that would bring the project’s total height to 25 stories.

Foundation for the Carolinas is the sixth-largest of the nation’s 800 or so community foundations, with more than $2.1 billion worth of assets.