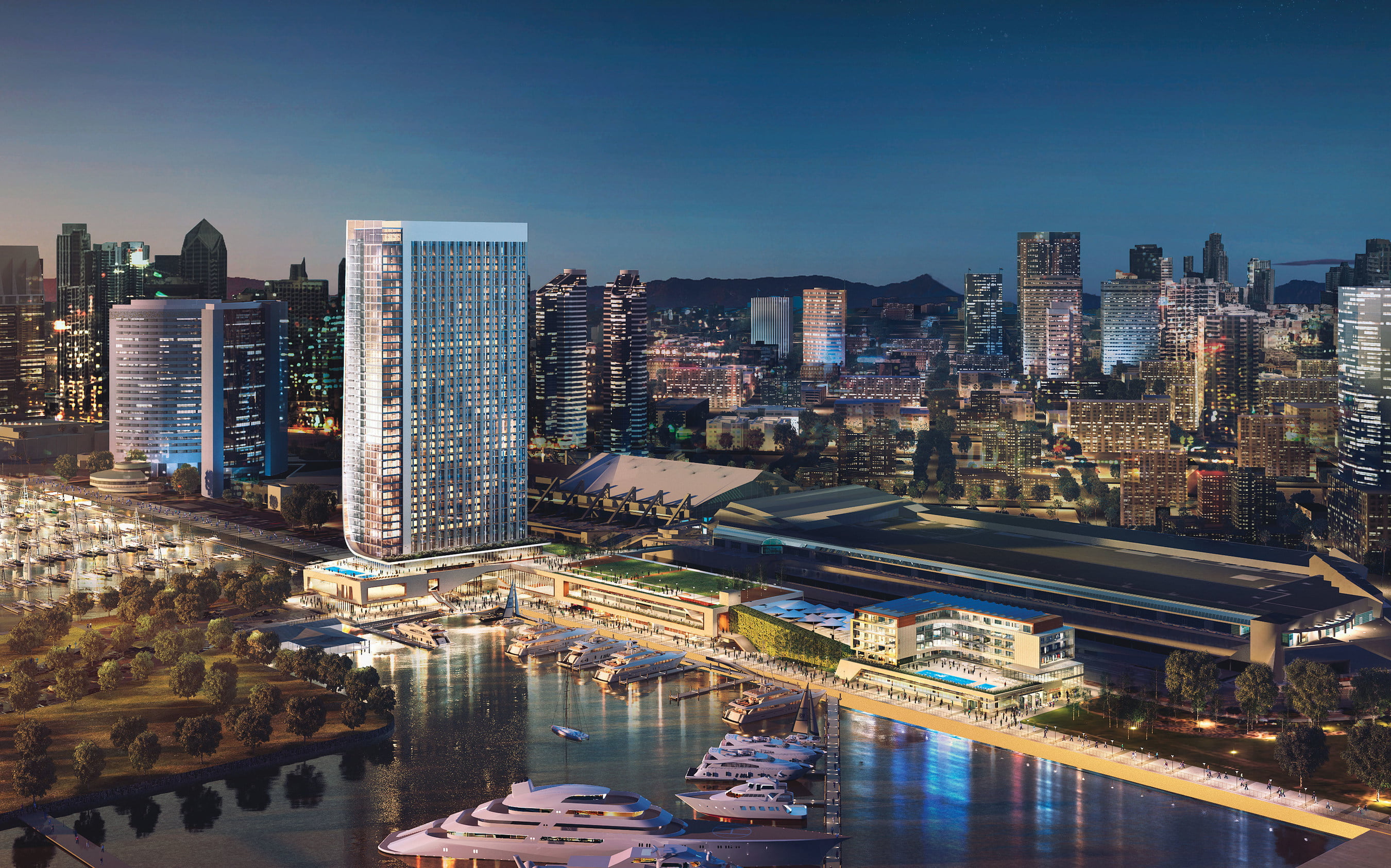 Fifth Avenue Landing LLC, led by Arthur Engel and Raymond Carpenter, has held the ground lease on the six-acre, Bayfront property at the corner of Convention Way and Marina Park Way for over three decades. Fifth Avenue Landing recently approached The Robert Green Company to bring a hotel project to fruition.

Robert Green, President of The Robert Green Company, states, “The opportunity to build a world-class hotel on San Diego’s Bay and provide the public with new, high-quality open space is an exciting opportunity for our company.”

A key element of the project is its public access plan, designed to enhance public accessibility to the Bay from Downtown and fill the public access voids within the project area. These improvements include a new bridge that will link the Convention Center public viewing platforms and new plazas along San Diego Bay.

The project, designed by Gensler Architects, will be previewed for conceptual approval by the Board of Port Commissioners within the next two months.