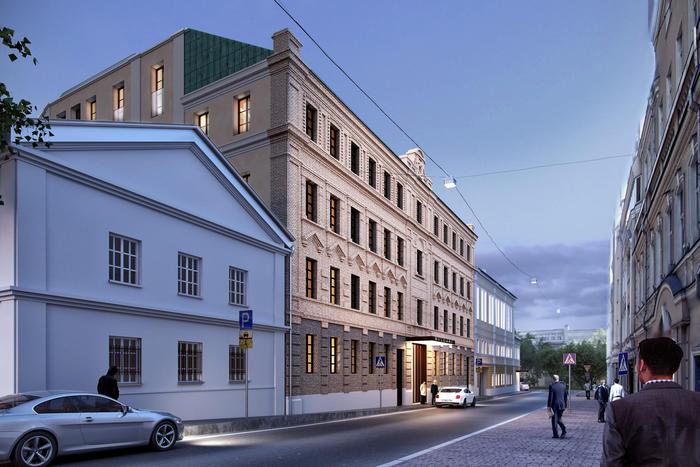 Scheduled to open in 2019, the Bulgari Hotel Moscow will stand as Bulgari Hotel’s seventh property, following the opening of Milan in 2004, Bali in 2006, London in 2012, and the Shanghai, Beijing and Dubai Hotels anticipated for 2017.

Bulgari Hotel Moscow occupies a premier plot within one of the city’s most prestigious locales. Just 300 metres from the Kremlin and Red Square, the richly appointed hotel stretches out over an entire city block and redefines the very texture of Moscow’s historic district.

Conceived by Italy’s Antonio Citterio Patricia Viel and Partners in collaboration with ATRIUM, a renowned Russian architectural bureau, the imposing facade unites traditional elements with a modern point of view, bringing to life a vision that is in absolute harmony with its surroundings.

A former residence of a noble family, the 65-room hotel is infused with modern Italian style throughout its private and public spaces. The crown jewel of the hotel will be the 300-square-metre Bulgari Suite. Equally lavish are the restaurant, bar and spacious roof terrace, as well as the extraordinary Spa, with its 25-metre lap pool.

For the most discerning guests, the hotel brings an unprecedented standard of luxury to one of the world’s great cities. With its meticulous service, exquisite amenities and impeccable attention to detail, the Bulgari Hotel Moscow is set to delight every guest with its stunning sense of occasion.