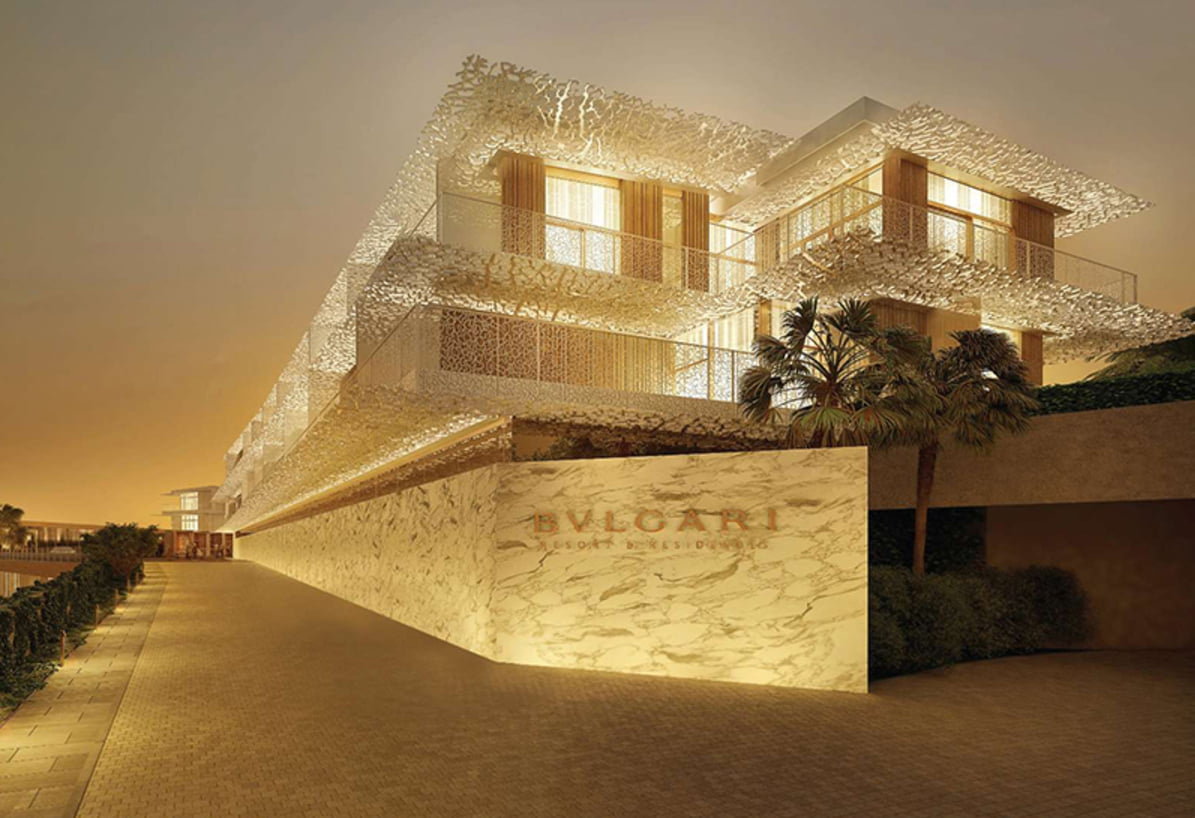 Dubai’s first Bulgari-branded hotel is set to open in the fourth quarter of 2017, according to local media.

The luxury property will be the world’s fifth Bulgari Hotels and Resorts property and will be operated by Marriott International.

Gulf News reported that there will be 165 apartments, eight penthouses and 15 mansions in total, and private sales of the residences have already begun despite property prices not officially announced to the public.

The Bulgari Dubai hotel opening has been delayed from its initial lauch date of Q1 2017.

Designed by Italian architectural firm Antonio Citterio Patricia Viel and Partners, it will be located on Jumeirah Bay Island, off the coast of Jumeirah Beach Road, sculpted in the shape of a seahorse.

The Ritz-Carlton global officer for worldwide operations Bob Kharazmi told Hotelier Middle East at Arabian Travel Market in 2016: “It’s an island by itself. There will be a bridge that will connect you to the island, and on the island there will be a marina with independent restaurants, plus the Bulgari hotel and residences.

“Being Bulgari, definitely we will have an Italian restaurant, but we are working on the concepts. The whole idea is to make sure it is casual, elegant, and attracts the local community.”

According to a latest report, F&B outlets will include Bulgari Bar and Restaurant serving Italian cuisine, a more casual Bulgari café, branch of the brand’s gourmet Il Ciocollato chocolate store.

Bulgari’s executive vice president Silvio Ursini said to Gulf Business that the room rates will be “by far the highest in the market”.