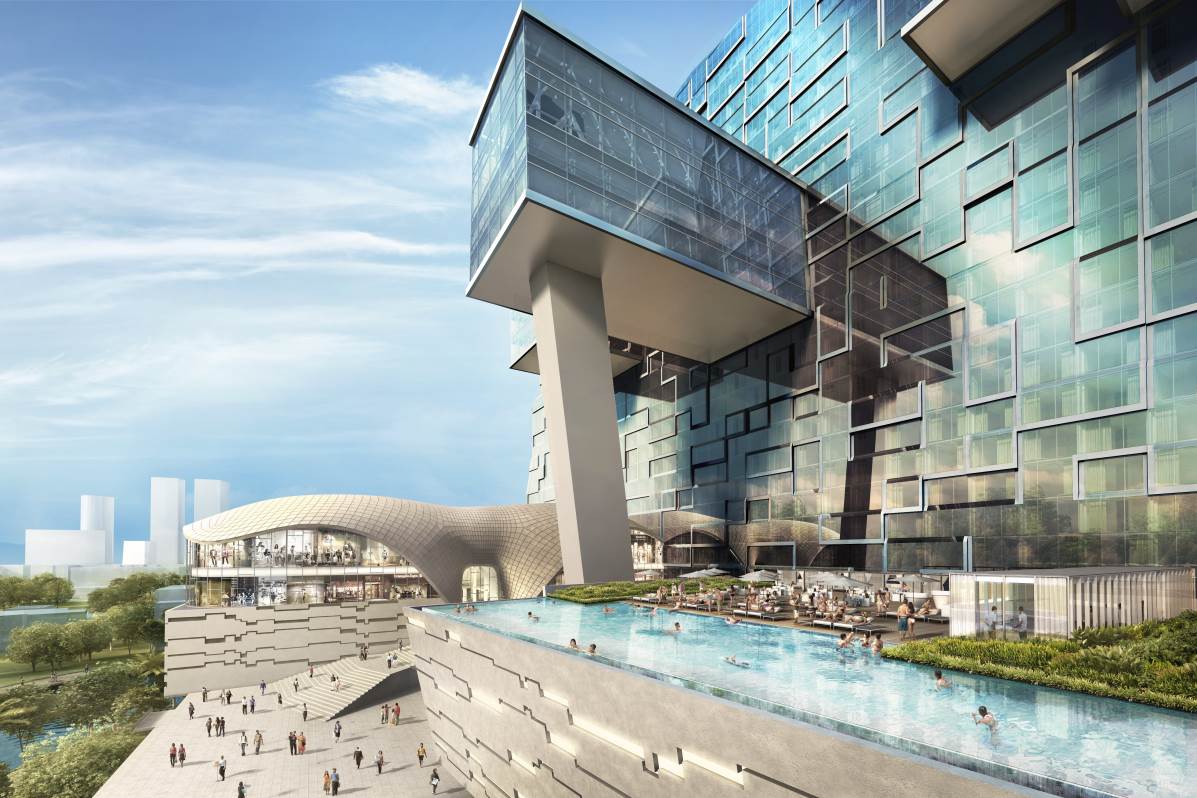 Cinnamon Life is a no-limits kind of project. It has a high powered agenda in terms of entertainment, accommodation, retail centres, including a fabulous 800-room hotel and aims to create a city within a city. Architect Cecil Balmond explains all…

It will be a benchmark for quality and interesting experience for the visitor and the person who lives there. Keeles wanted something of the highest world class but also something that was Sri Lankan because we are all proud to be Sri Lankan, opening up a whole new era for Colombo in development terms.

Firstly the shape of the Waterfront building that will shelter Cinnamon Life is quite bold. It is a backdrop to the city and the sea, and it has massive projections. These are very powerful, dynamic, statements to make in architecture. A very strong statement against the backdrop. The backdrop itself has a scalloped form and it is reflecting the Beira Lake. It has a romantic outline, it has a natural feel to it and yet it’s got the density of towers and things. So it has, again, a mix of functionalism with a kind of aspirational thing, looking out to the sea and being a guard stone for the city of Colombo. In innovation terms there is a spectacular roof for the retail centre that is a first for the region and it will beat the top level in the world anywhere.

Cecil Balmond, an internationally renowned architect, artist and engineer, is widely considered to be one of the most significant creators of his generation. Known for making the “impossible, possible” on some of the world’s most stunning architecture, including Colombo’s iconic life capital. Pioneering the crossover between advanced art, architecture and science, Balmond has challenged the limits of industrial fabrication and transformed the relationship of designers to the built environment.

His approach is one of investigation and draws on over 40 years of research into emergent form, space and systems. Inspired by the deep structure and intrinsic Pattern found in the natural world, Balmond reveals and utilises the very root of order to create startling and ground-breaking designs. As such, his works, which range from architectural icons, masterplans and monumental public art, cause us to fundamentally re-think the world around us.

Commenting on the project, Balmond said, “It will be a composition of several forms from an architecture and design point of view. The retail centre is a new one for Sri Lanka as it will have a curving double roof. It will be like nothing Sri Lanka has ever seen.”