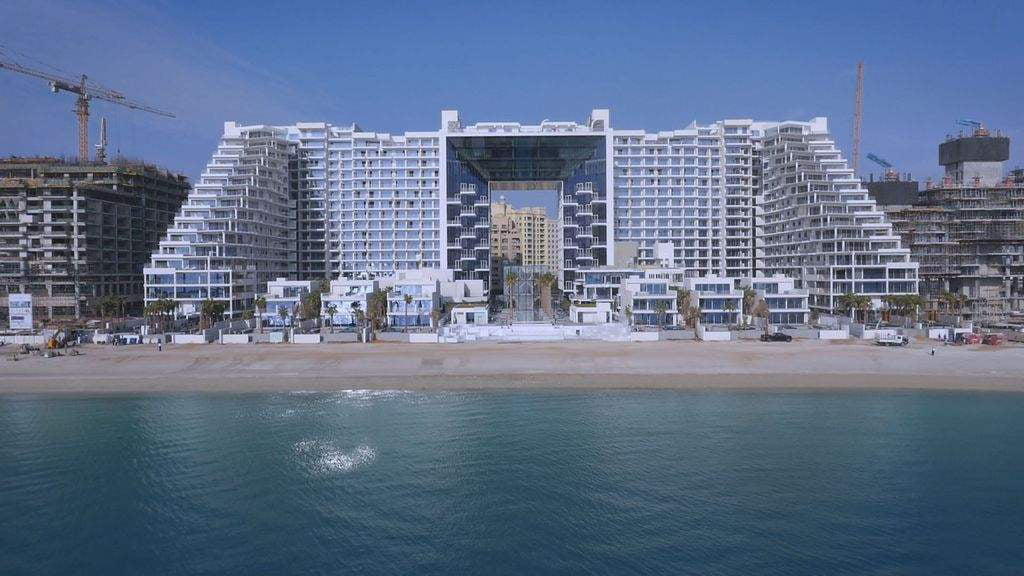 The Dh4.3 billion (1.17 billion) project, Skai’s first hotel and residences, was awarded its building permit and completion certificate from Trakhees on November 14. Handover of 221 Viceroy Residences to owners has begun.

“Over the last two years, the Skai team and our partners, China State Construction Engineering Corporation [Middle East], have been on site overseeing more than 4,000 staff to ensure its completion,” said Kabir Mulchandani, group CEO of Skai.

“The completion of the Viceroy Palm Jumeirah Dubai marks the opening of our first hotel in Dubai,” added Bill Walshe, CEO of Viceroy Hotel Group.

“Inspired by the amphitheatre-like design of the hotel, we have embraced the concept of theatre. Our guests will discover a unique experience where they may become both acor and audience during their stay with us. Each Viceroy colleague will undertake training with a theatrical troupe to enhance our level of guest engagement and service spontaneity,” said Mikael Svensson, general manager of Viceroy Palm Jumeirah Dubai.

The Viceroy Palm Jumeirah Dubai comprises 477 rooms and suites and 221 Viceroy Residences, as well as 10 restaurants, spa, beach, pool, a kids’ only club and health and wellness areas.

The property is located at the base trunk of Palm Jumeirah. It was also one of the first in Dubai to offer an investment model that enabled buyers to purchase hotel rooms to participate in the city’s hospitality segment.

Construction work is on track at Skai’s second hospitality and residential project, the Viceroy Dubai Jumeirah Village. The luxury five-star tower, which is set to commence operation in 2018, is 32 per cent complete. The Dh1.28 billion tower will feature 247 hotel rooms and suites, 221 one and two-bedroom hotel apartments and 33 four-bedroom hotel apartments, all with private pools.