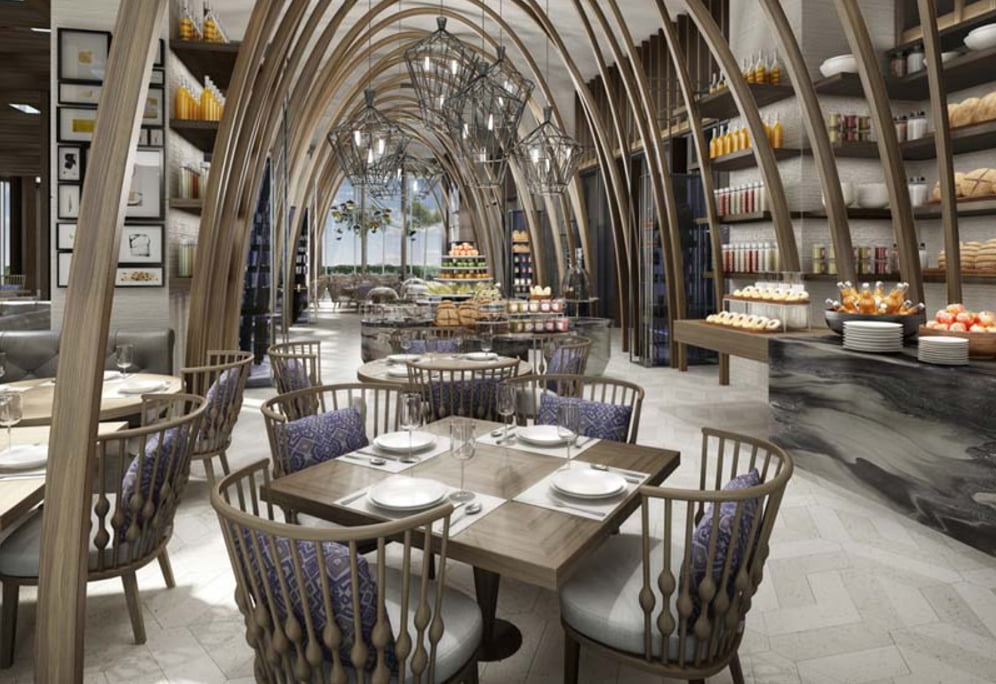 The hotel will feature indoor and outdoor pools, with a poolside waterfall, greenery and outdoor cabanas.

It will also feature a spa, yoga studio and fitness centre as well as two ballrooms and a range of conference and banqueting rooms able to welcome up to 2,000 people.

Didier Jardin will be at the helm of the property as general manager. The Four Seasons veteran will be joining the hotel in Kuwait from Four Seasons Resort Mauritius at Anahita, where he led the team as resort manager.

In addition to the hotel in the Eastern Tower, the 43-storey Western Tower, set to open in 2018, will be the new headquarters to the Alshaya group of companies, including offices for employees of its retail franchise business – which operates 70 international retail brands in over 3,000 stores across the Middle East, North Africa, Russia, Turkey, and Europe, and which employs more than 46,000 people.

Alshaya executive chairman, Mohammed Alshaya, said: “The creation of this combined hotel and office development is a reflection of Alshaya’s continued investment in its home market of Kuwait.”

He added: “We are delighted to be bringing the acclaimed Four Seasons brand to Kuwait, as well as creating a world-class office environment for our employees that will support our continued growth and expansion. We are proud to contribute to Kuwait’s future in a number of ways, not only through our real estate investment in this iconic development, but also through our commitment to growing Alshaya’s private sector and through the creation of employment opportunities for local Kuwaitis.”