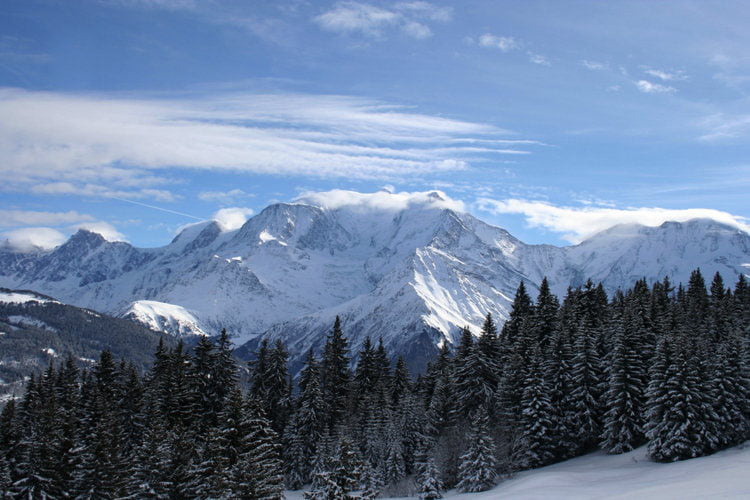 Four Seasons Hotels and Resorts and Edmond de Rothschild Heritag has announced plans for the first Four Seasons mountain destination in Europe, opening in time for the 2018 winter ski season. Set among the snow-capped peaks of the expansive Haute-Savoie Alpine range, the project will include the all-new mountainside Four Seasons Hotel, Megève as well the conversion of a collection of traditional chalets in the heart of the medieval Mont d’Arbois village.

Within the village of Mont d’Arbois, a collection of existing chalets will be extensively renovated prior to re-opening as a Four Seasons hotel, offering guests a second destination in the heart of the historic ski village. The chalets are conveniently located close to the main gondola, providing unparalleled access to both the charm and history of Mont d’Arbois village, and the slopes of its impressive mountain range. In addition to the chalet and hotel, Four Seasons will also manage the 18-hole Golf du Mont D’Arbois course designed by three-time British Open champion Sir Henry Cotton and four dining offerings throughout the two hotels.

Commenting on this exciting development, Ariane de Rothschild, Chairwoman of the Executive Committee of Edmond de Rothschild Group, said, “This partnership will bring new dimensions not only to our hospitality at Mont d’Arbois but also to the town of Megève. The professionalism, international network and longstanding experience of Four Seasons in the hospitality industry are second to none, and I am particularly proud that the Hotel and Chalet in Megève will be Four Seasons first luxury mountain destination in Europe.”

Commenting on the project, J. Allen Smith, President and CEO, Four Seasons Hotels and Resorts, said “The de Rothschild family has a long history in Megève and we’re honoured they have chosen to partner with us to introduce this incredible destination to the next generation of luxury travellers. Retaining the history and character of Mont d’Arbois while introducing Four Seasons legendary personalised service, we will create something yet unseen in the French Alps.”

Continued Smith, “Megève’s mix of Alpine charm and sophistication makes it a popular destination among luxury travellers both from within Europe and further abroad, and we look forward to welcoming Four Seasons guests to discover the beauty of Megève year round.”

Mont d’Arbois village’s multiple Michelin-star restaurants, historic Alpine architecture, and winding cobblestone streets have established Megève as a destination known as much for its gastronomy and cultural richness as for its striking natural landscape. The surrounding areas of Megève also offer endless opportunities for Alpine adventure, including heli-skiing, dog sledding, glacier snowshoeing, and more than 30 kilometres (19 miles) of groomed cross-country skiing trails through idyllic snow-capped forests. A truly year round destination, Megève is transformed in the spring and summer months, as its mountainside meadows flourish, attracting visitors from around the world to its colourful gardens.

Four Seasons urrently operates 101 hotels, resorts and residences in major city centres and resort destinations in 42 countries and has more than 50 projects in development.