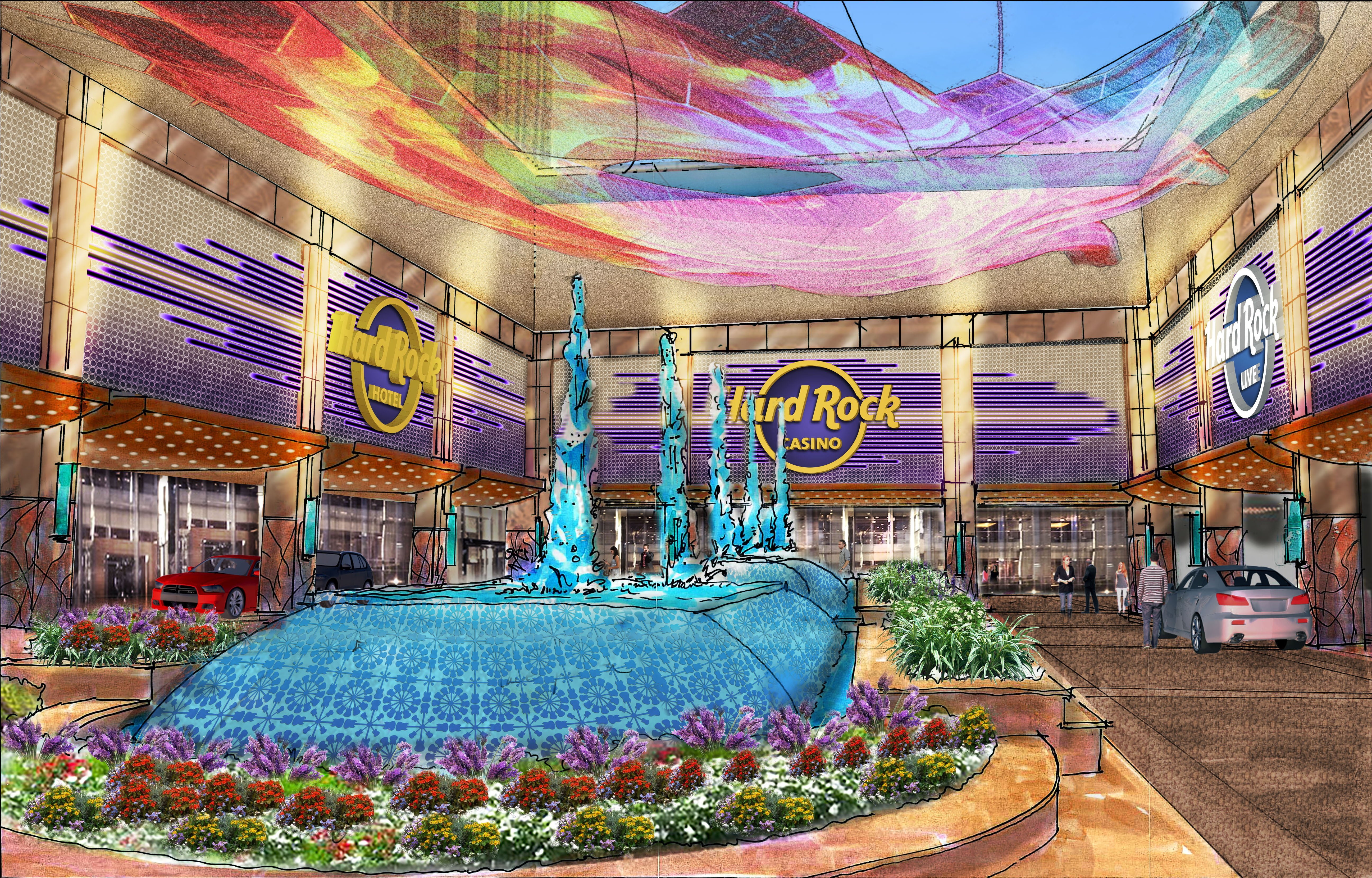 Impacting local and regional economies, as well as contributing to the revitalisation of Atlantic City, the partnership between Hard Rock International and the Morris and Jingoli families will create more than 1,000 jobs during construction and 3,000 permanent jobs. Since the transaction on March 31, Hard Rock has already hired 23 employees as it sets out to bring the once iconic property back to life.

“From world-renowned music events to innovative dining concepts, we’re excited to bring the Hard Rock Hotel and Casino experience to the Atlantic City boardwalk – which has been home to our Hard Rock Cafe for more than 20 years,” said Jim Allen, chairman of Hard Rock International. “Our commitment to Atlantic City has never been stronger and we look forward to being a catalyst for further growth and development of the area.”

The entrance of Hard Rock Hotel & Casino Atlantic City will be completely reimagined, beginning with updating the existing facades along Pacific Avenue, at the resort entry, porte cochére and along the world-famous Atlantic City Boardwalk. Upon arrival, guests will enjoy a new check in experience and lobby lounge. Guestrooms and suites will undergo a complete renovation and redesign to offer lavishly appointed rooms in a setting that is anything but uptight. Meeting space will be updated to accommodate both large conventions and smaller events.

A full-service spa will feature relaxing and recharging treatments, and The Sound of Your Stay music amenity program will offer complimentary in-room Fender guitar checkouts. With Hard Rock International’s standing as curators of the world’s largest and most priceless music memorabilia collection, the property’s design will feature museum-like displays adorning the walls. Memorabilia for the hotel will be carefully hand-selected with a focus on contemporary musicians and artists who call New Jersey home.