Re-envisioned by Rockwell Group, the world’s first Nobu Hotel will feature 182 redesigned guest rooms and suites, as well as public areas, by the end of 2021.

As the world’s first Nobu Hotel Caesars Palace commemorates its eighth anniversary, the luxury boutique hotel within the iconic Las Vegas resort embarks on a multimillion-dollar refresh of all 182 guest rooms and public areas. Construction is set to be complete by the end of 2021. This is one of several projects in development as Caesars Entertainment, Inc. expands its longstanding partnership with Nobu Hospitality – the global lifestyle brand founded by Nobu Matsuhisa, Robert De Niro and Meir Teper.

To create a more modern, residential feel at Nobu Hotel Caesars Palace, the award-winning global architecture and design firm Rockwell Group has re-envisioned the guest rooms and common areas it first designed in 2013. Rockwell Group has drawn inspiration from kintsugi, the Japanese art of repairing broken pottery with gold epoxy – creating cohesion from collage. This element will create a streamlined, lighter and more luxe take on the original design concept. 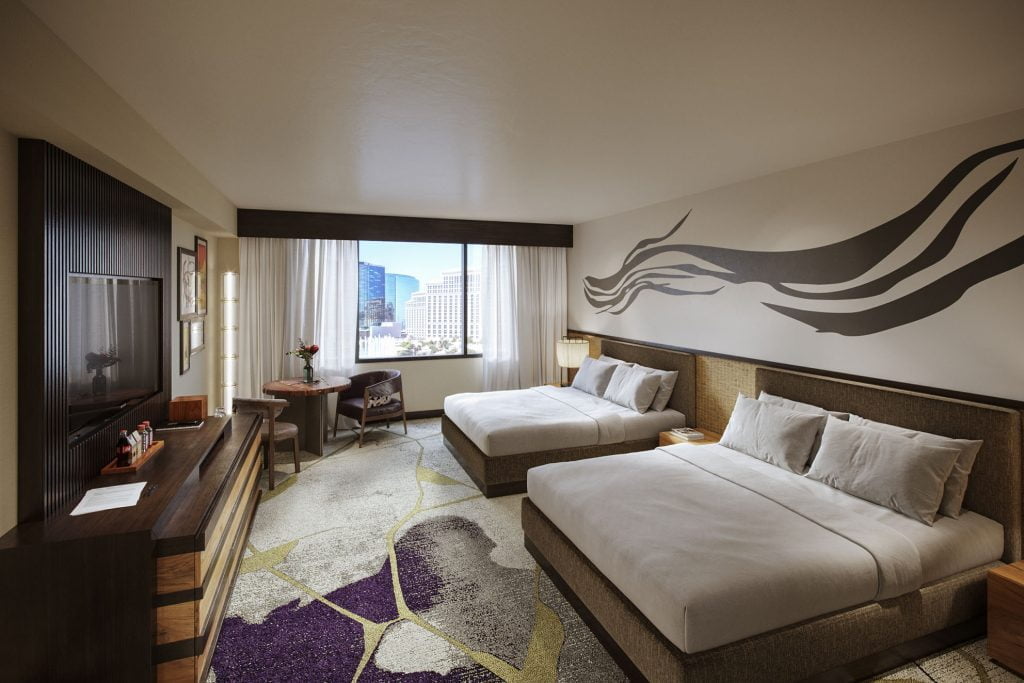 “Eight years ago, we developed the world’s first celebrity chef-branded hotel venture with Nobu Hospitality, bringing Nobu’s signature style and sophistication to the Las Vegas Strip,” said Martha Morales, General Manager of Nobu Hotel Caesars Palace. “As the city continues to evolve as one of the top destinations for entertainment, sports and gaming, we are committed to investing in Las Vegas. From the Nobu Hotel refresh to the Caesars Palace main entrance renovation – Caesars is proud to offer experiences that guests can only find at our resorts.”

The focal piece of the new guest rooms will be a custom sofa in a dozen different patch-worked upholsteries, from painterly-style prints to muted textured graphics. The redesigned rooms will also feature a quartzite coffee table with a gold base and a cracked kintsugi effect, along with additional lighting. New custom carpet will have aubergine hues, as well as abstract and painterly-style florals – inspired by 19th Century Japanese artist Tsubaki Chinzan – overlaid with gold kintsugi veining. Another welcome addition will be a statement desk or dining table, which will be connected to the dresser by a quartz buffer. The refreshed suites will also feature new furniture, rugs and flooring.

Redesigned guest corridors will feature a custom carpet with rippling forms, suggesting a pond of koi fish that cluster at each guest room door, and patterns inspired by suminagashi – the art of Japanese paper marbling. In addition, the new inset lobby carpet will depict monumental slabs of marble and agate surrounded by gold veining, with pops of gray, rust and blue.

For more information and to book, visit www.nobuhotels.com

About Rockwell Group
Based in New York with offices in Los Angeles and Madrid, Rockwell Group is an interdisciplinary architecture and design firm that emphasizes innovation and thought leadership in every project. Founded by David Rockwell, FAIA, and led by David and partners Shawn Sullivan and Greg Keffer, the 250-person firm merges performance and architecture to create extraordinary experiences and built environments across the globe. Projects include Nobu Hotels (Barcelona, Miami Beach, Manila and Las Vegas) and Nobu restaurants worldwide; the Smithsonian’s FUTURES exhibition at the Arts and Industries Building; 1 Hotel Toronto; Climate Pledge Arena (Seattle); W Hotels worldwide; The Perelman, a new arts center in New York (Restaurant and Lobby Interior Architect); the 93rd Oscars; and Hopkins Student Center for John Hopkins University (Baltimore). David Rockwell’s newest book, DRAMA, was published by Phaidon in May 2021. Honors and recognition include the 2016 Tony Award for Best Scenic Design for She Loves Me; two Emmy Awards for production design for the Oscars (2021 and 2010); the AIANY President’s Award; the Cooper Hewitt National Design Award; and the Presidential Design Award. For more information, please visit www.rockwellgroup.com. 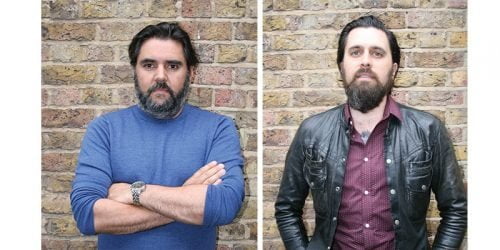 As they look forward to ten years of twenty2degrees Design Partnership with a slew of hospit... 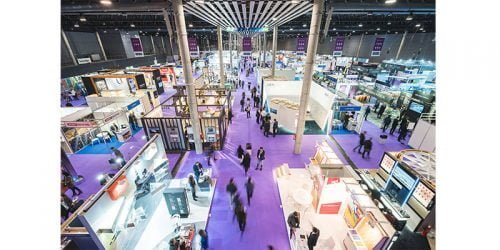 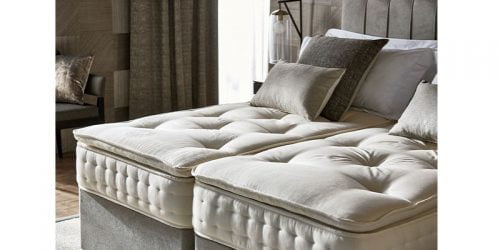