Old NOPSI Building to reopen as luxury hotel in 2017 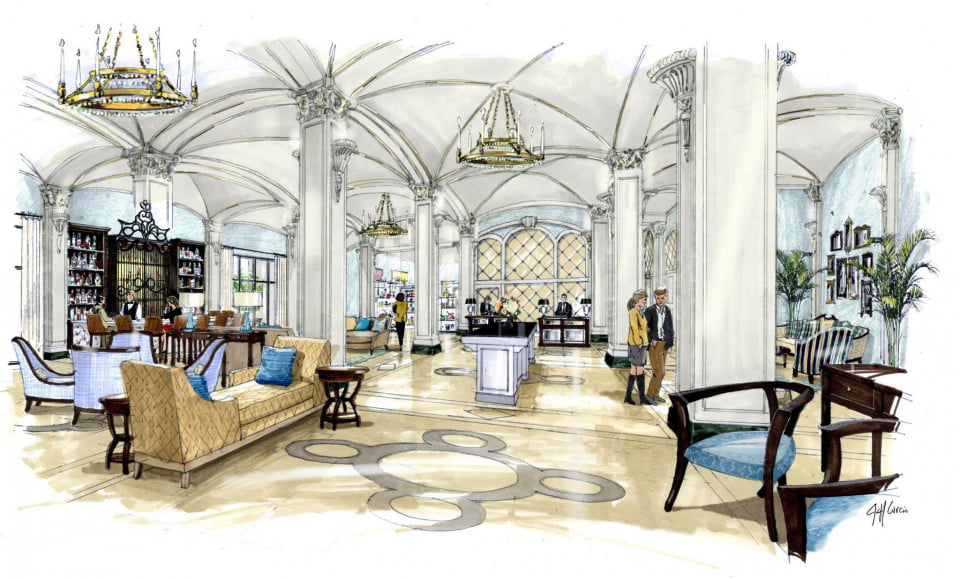 The iconic nine-story brick building at the corner of Baronne and Union streets in the Central Business District of New Orleans opened its doors in 1927 as the polished headquarters for the city’s public utility and streetcar operator. Nearly 90 years later, developers aim to return the building to its Jazz Age splendor as the NOPSI Hotel, a luxury development catering to young, sophisticated travelers.

Developer Building and Land Technology plans a 217-room hotel with a restaurant, a rooftop pool and bar, and about 10,000 square feet of indoor and outdoor meeting space. The restoration also includes the neighboring Dryades Building, which will convert old storage space into another 4,000 square feet of event space.

Prem Devadas, president of Salamander Hotels & Resorts, which will manage the property, said the NOPSI Hotel is an opportunity to merge a key part of New Orleans history with growing demand for luxury hotel space downtown. A key part of the restoration focuses on the lobby entrance, which for decades greeted bill payers with 21-foot-high vaulted ceiling, arches, ornamental columns and terrazzo floors.

“This is, number one, about preserving the history and architecture of the building,” Devadas said. “It really is making a commitment, which is a tremendous commitment, to preserve not just the physical architecture, but also the story behind NOPSI.”

The historic property recently reopened after a $10 million renovation.

The building, which was declared a historic landmark in 2011, was widely considered one of the last remaining large downtown redevelopment sites when Connecticut-based Building and Land Technology acquired it for $11.6 million earlier this year.

Devadas said renovations kicked off this summer after the development team completed extensive research into the look and feel of the original space, designed by Louisiana architects Favrot and Livaudais.

Woodward Design + Build is overseeing the renovations and construction. Permits filed with the city put construction costs at more than $33 million.

The lobby will showcase one of the original stone-top counters where NOPSI customers used to pay bills as well as restored terrazzo floors. A local company was enlisted to refashion light sconces damaged over the years. The event space in the Dryades Building will preserve a 24-foot-high crane and track once used to move electrical equipment as part of its industrial décor.