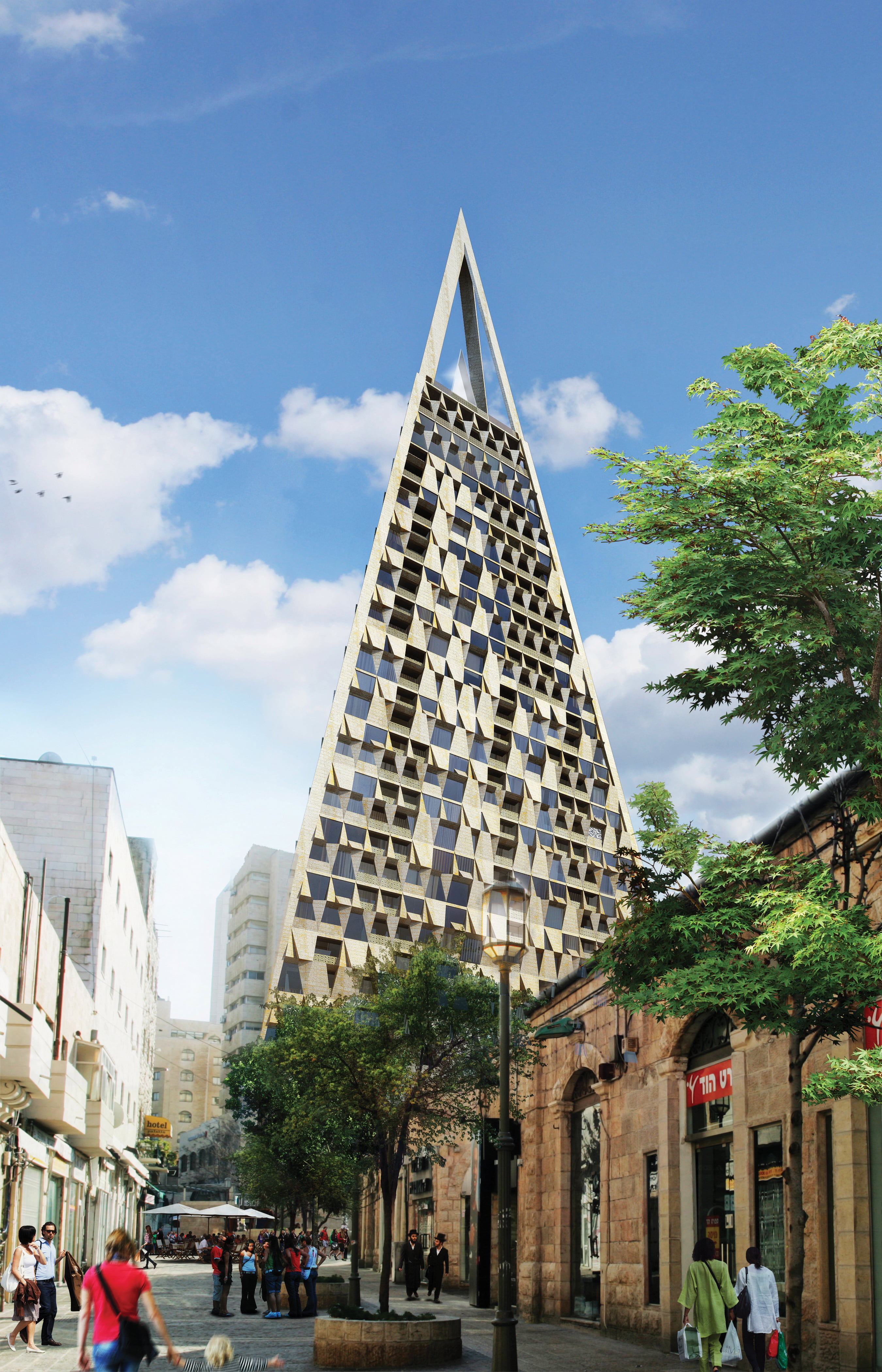 The Plans for a 26-story luxury hi-rise residential building in Jeruselam were announced earlier this year. The ambitious architectural project will allegedly feature hotel space, high-end retail shops, and a rooftop fine-dining restaurant.

Located adjacent to the Mahane Yehuda market, commonly known as “The Shuk”, in the heart of the city, the 105-meter, 26- story complex entitled The Pyramid will feature 200 apartments, a boutique hotel, a public plaza lined with shops, and a roof- top observatory and restaurant that will provide sweeping views of the ancient city.

“The Pyramid,” is being imagined by Daniel Libeskind, in coordination with Israeli architect Yigal Levi, and will be built over the former Eden Theater.

“It mediates between ancient traditions and myths, while providing a 21st century reinterpretation of that great form,” said architect Daniel Libeskind. “The design complements the context and gives the neighbourhood a vibrant public space in the heart of the ancient city,” added Libeskind.

The 105-meter tall building will be constructed with equal parts glass and Jerusalem stone, include 35,000-square-meters of space, and contain 200 luxury apartments, a boutique hotel, and outdoor public plaza lined with upscale shops, the municipality said.

The complex, historic context was an important consideration for the design. The Studio chose a tapering form to allow maximum light to fall on the public plaza below and to create ample open space surrounding the structure. Referencing Jerusalem’s existing architectural language, the façade features a geometric pattern composed of Jerusalem stone and glass. The pattern and relief of the façade refers to traditional, local typologies while also fulfilling contemporary functions. At street- level, an arched colonnade connects the public plaza to the inner shopping arcade. With its many amenities and public spaces, The Pyramid is set to become an integral part of the neighborhood, servicing citizens and tourists alike. The project is set to break ground by 2019.

At the time of going to press, it remains unclear much the project will cost. 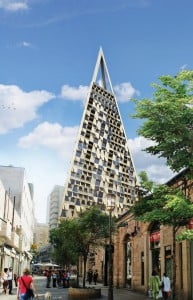