British Airways moved from the North Terminal to the South on January 25 2017, a bigger, brighter check in space, close to where the train arrives into the airport. 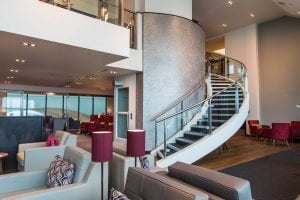 The airport handles 44.6 million passengers a year. Hillman’s Airways, which later became part of British Airways, was the first to offer scheduled flights from Gatwick, in 1930.
Initially, British Airways operated flights to 23 destinations in Europe and the Caribbean. Today we fly to 74 destinations, including Europe, Caribbean, Florida and the Indian Ocean and employ around 2,100 colleagues at the airport, including 1,700 cabin crew and 250 pilots.

The airy dedicated British Airways check-in area is Zone A in the South Terminal, where we offer 29 check-in kiosks and 12 self-service bag drops.

There is a dedicated space for premium customers to check-in including First, Club World, Club Europe, Executive Club Gold and Silver and One World equivalent customers. This newly defined area will give customers an exclusive space to check-in for their flight, which includes extended seating, power sockets and bespoke furnishings

A brand new lounge is available for our premium customers, which includes the following features:

• 477 seats, 40 per cent larger than our previous North terminal lounge 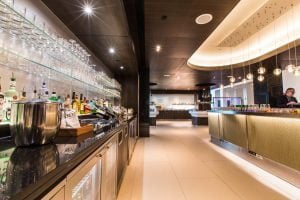 • A separate First lounge with upgraded seating, finishes and lighting

• Floor to ceiling windows offering sweeping views of the runway

• Full kitchen facilities in both lounges giving an upgraded offering

• Children can enjoy the ‘kidszone’ room