AG Group, Italy’s first Italian-owned hospitality group, has announced the group’s first five-star luxury hotel in Florence, due to open later this year. IL Tornabuoni is located along Florence’s Via Tornbuoni. It comprises 62 rooms and suites set across four floors.

Milano architect Andrea Auletta has overseen the interior design. He has designed each of the AG Group’s hotels in Rome. Dining options include a rooftop gourmet restaurant with a terrace, and champagne bar serving Italian and French bottles. Fernando Pane has been appointed as general manager, having most recently held the position of resort manager at Il Pellicano. In addition to IL Tornabuoni, AG Group opened the 13-room, four-star Campo Marzio in February this year.

AG Group was formed in June 2019 by Andrea Girolami, the company’s founder and president. The formation of the brand was a merger between tourism companies which Girolami had previously created and directed. 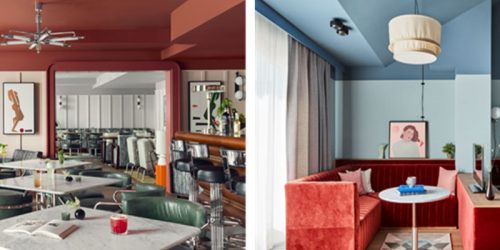 A luxurious setting in the heart of Taghazout Bay, Morocco - a haven of well-being and serenity ...