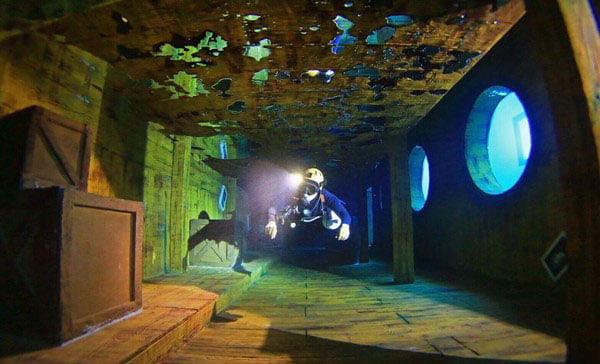 The first diving pool Divecube Hotel opened in Taichung Sunday, with 21m deep pool and gin-clear filtered water, elaborate caves at 10m and a window to look out at the city while underwater.

As Taichung was selected as one of the top 100 destinations by Euromonitor early this year, the hotel was confident with the tourism industry of Taichung and had decided to open in the city, said Lin Jia-Lung, the mayor of Taichung on the opening press conference.

Lin also expressed his anticipation on the opening of Divecube Hotel, which could attract diving enthusiasts nationwide or even worldwide to visit the city.

The hotel also invited William Trubridge, a world champion and double world record holding free diver from New Zealand to experience its pool before the opening.

The hotel has 30 guestrooms with rooms for two, four, and six people.