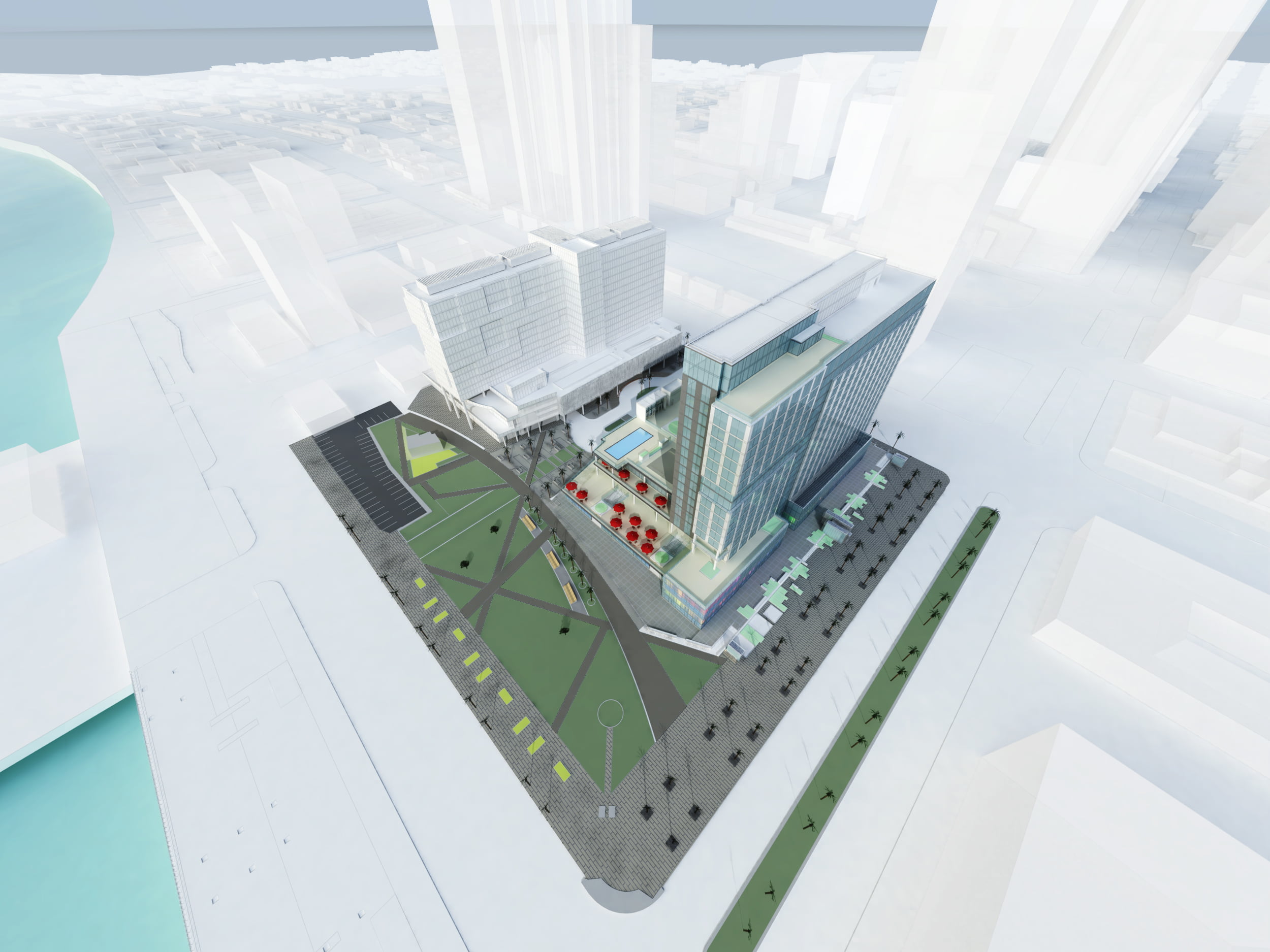 John Portman & Associates has announced the commencement of construction on the second phase of a hotel-centric mixed-use development on the bay in San Diego, which will add a new 400-key InterContinental Hotel to the recently opened dual-branded select service hotel featuring a SpringHill Suites and Residence Inn. Phase two of the 18-story building is expected to complete in 2018.

Conceived as a continuation of the master plan of the Lane Field projects and the larger North Embarcadero Visionary Plan, the project programmatically consists of three primary components: full-service hotel, retail space and parking. The room tower is placed at the south edge on Broadway, creating a strong street frontage and a marker at the corner of the central city axis. The podium will shelter a stacked series of functions with retail and the hotel lobby at the ground floor wrapped around the necessary core functions, including parking access and service functions. The second level forms the hotel conference centre with dual ballrooms in addition to associated smaller meeting rooms and pre-function spaces. Level three is the lobby crossover floor, composed of the lobby bar and restaurant functions linking the shuttle elevators to the room tower elevators. At the top of the tower, a public sky bar overlooks the bay, connecting the project to its coastal context.