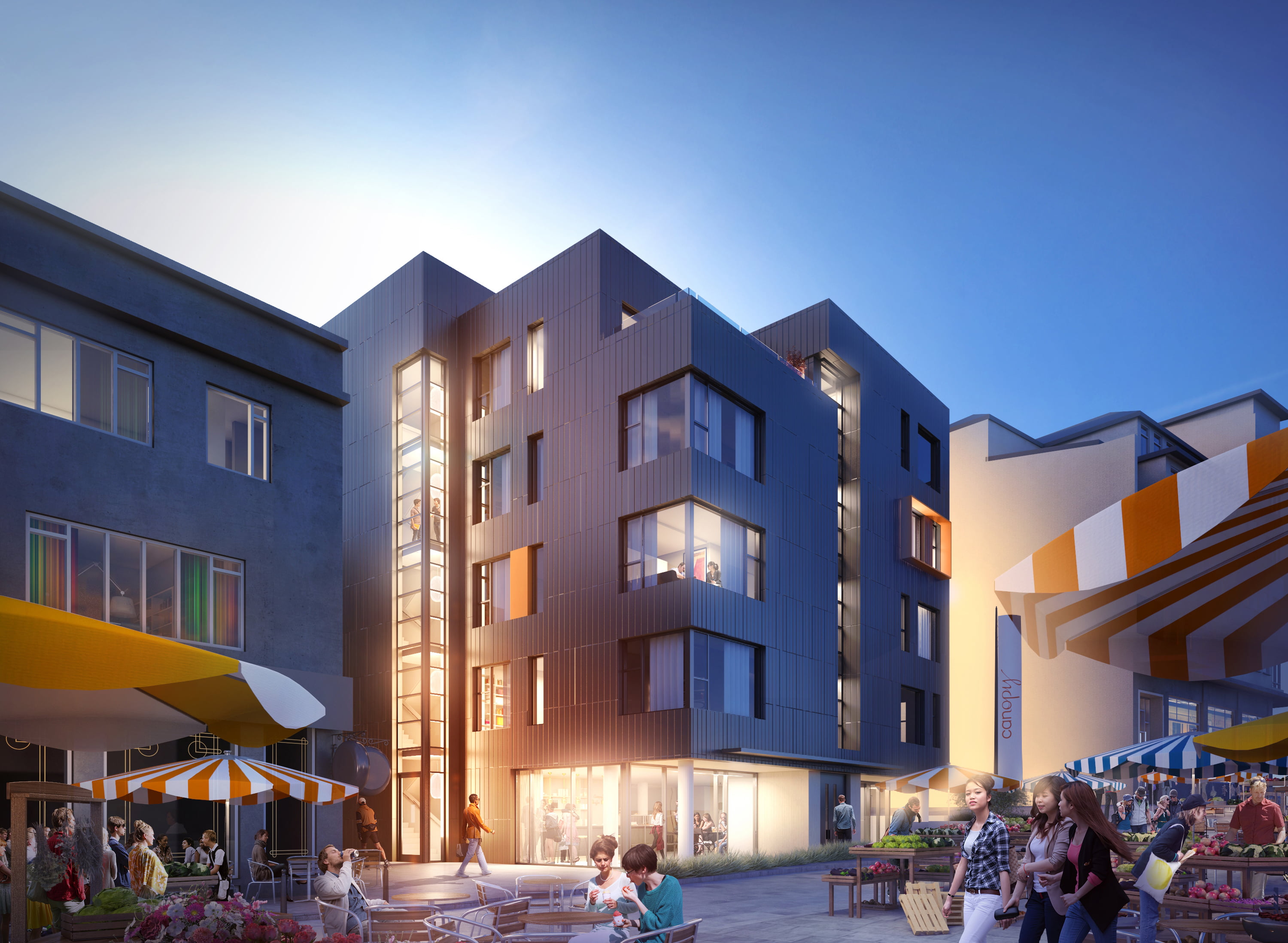 Canopy by Hilton, Hilton Worldwide’s new lifestyle brand, and Icelandair Hotels, have announced the opening of the world’s first Canopy hotel in the city of Reykjavik.

Canopy by Hilton Reykjavik City Centre is centrally located on Hverfisgata Street, a thriving area in the heart of the city. The Icelandic capital, with its artistic flair, thriving culinary scene and backdrop of dramatic volcanic landscapes, is the ideal location for Canopy’s global debut.

“Reykjavik is unlike any other city on Earth. Its rich heritage and natural beauty perfectly align with the ethos of the Canopy by Hilton brand,” said Gary Steffen, Global Head, Canopy by Hilton. “We are thrilled to open the doors and begin greeting adventurous travellers searching for a unique experience to this city centre neighbourhood in Reykjavik.”

Canopy by Hilton Reykjavik City Centre is designed as a natural extension of Hverfisgata Street, with local design influences and natural materials used throughout the hotel’s architecture and interiors. The hotel is at the heart of Reykjavik, surrounded by iconic attractions such as Laugavegur, a street known for its shopping, eateries, and pubs, and Harpa Concert Hall and Convention Centre, as well as from Old Reykjavik Harbour, which offers incredible views of Mount Esja and the landmark Hallgrimskirkja church.

Simon Vincent, Executive Vice President and President, Europe, Middle East, and Africa, Hilton Worldwide said: “Over one million foreign travellers visited Iceland last year*, and Reykjavik is an incredibly exciting and unique city to visit. The introduction of Canopy establishes a new home for discerning lifestyle travellers to Iceland, and we’re thrilled to build on our longstanding partnership with Icelandair Hotels.”

The property honours its musical beginnings with an LP library with records that can be played at any of the 10 on-property record players. From October through to March, guests can watch the stunning Aurora Borealis or Northern Lights from near the hotel, as well as Iceland’s famous midnight sun during the summer months.

“With the support from Hilton Worldwide, as well as our Icelandic partners, this has become a distinguished property for Reykjavik,” said Magnea Thorey Hjálmarsdóttir, Managing Director, Icelandair Hotels. “We’ve changed the face of hospitality in Iceland with the Canopy lifestyle brand, and we look forward to welcoming visitors from around the world.”

All 112 rooms and suites are designed to fit in with neighbourhood culture. Shades of ocean blue and grey volcanic rock make the interior comfortable and invigorating – a true reflection of Reykjavik. The rooms have been decorated with fun, local twists, such as a little Reykjavik Music Box which will lull guests to sleep with an Icelandic lullaby.