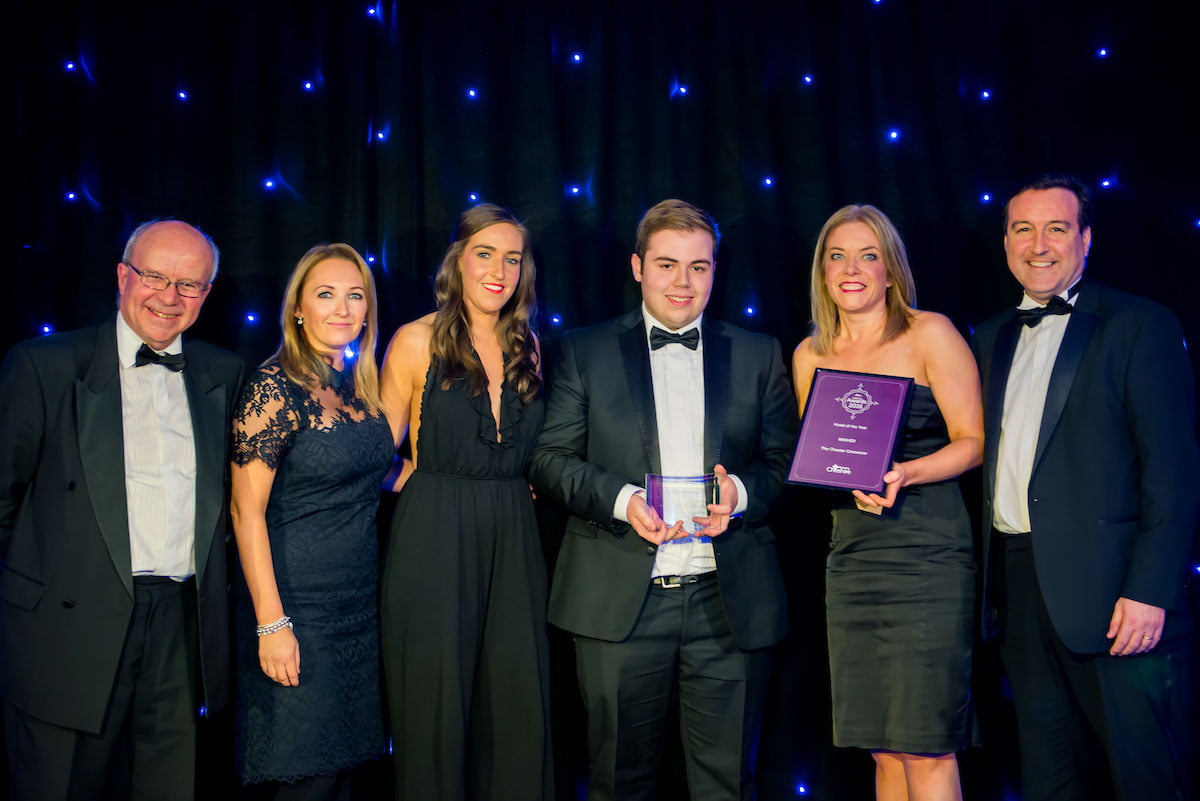 The Chester Grosvenor, part of the Bespoke Hotels collection, has been named ‘Hotel of the Year’ at Marketing Cheshire’s annual awards ceremony, attended by nearly 300 tourism representatives in November at Chester Racecourse. The award also means that the property will also represent the county of Cheshire as an entrant into the VisitEngland Awards for 2017.

Marketing Cheshire’s awards aim to identify and celebrate the achievements of businesses and individuals working in Cheshire’s visitor economy and are a prestigious recognition of The Chester Grosvenor’s phenomenal contribution to this historic and distinguished destination.

The award caps off a tremendous year for the venerable property, which has seen outstanding commercial performance with the best occupancy and revenue for August in the hotel’s entire history. Fine dining restaurant ‘Simon Radley at The Chester Grosvenor’ has retained its Michelin star for the 27th consecutive year and been named one of the top 50 restaurants in the country by the Sunday Times, whilst La Brasserie is now home to the UK’s ‘Restaurant Manager of the Year’, Debbie Cappadona.

“We are delighted to have been honoured in this way by Marketing Cheshire, and to be affiliated with Cheshire’s booming tourism sector,” said General Manager Richard Grove. “It’s been an exceptional year for the hotel, with every member of the team contributing enormously. We are excited to continue this into 2017, and delighted to have been selected to represent the county at the VisitEngland Awards in April.”