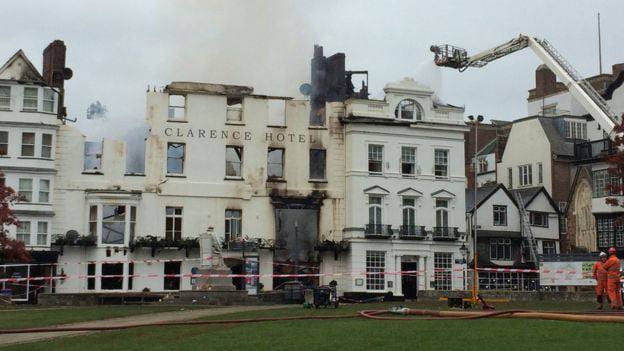 Demolition work on the Royal Clarence Hotel in Exeter continues on after the devastating fire at the end of October. The building, said to be England’s oldest hotel, was completely destroyed by the fire that began in a neighbouring building.

Demolition crews can’t use machinery for the work as the heavy movements might further damage parts of the structure that might be saved.

At the height of the incident, 150 firefighters were at the scene with nearly 30 pumping appliances and the unprecedented measure was taken of using four aerial ladder platforms to prevent the fire spreading to other historic buildings.