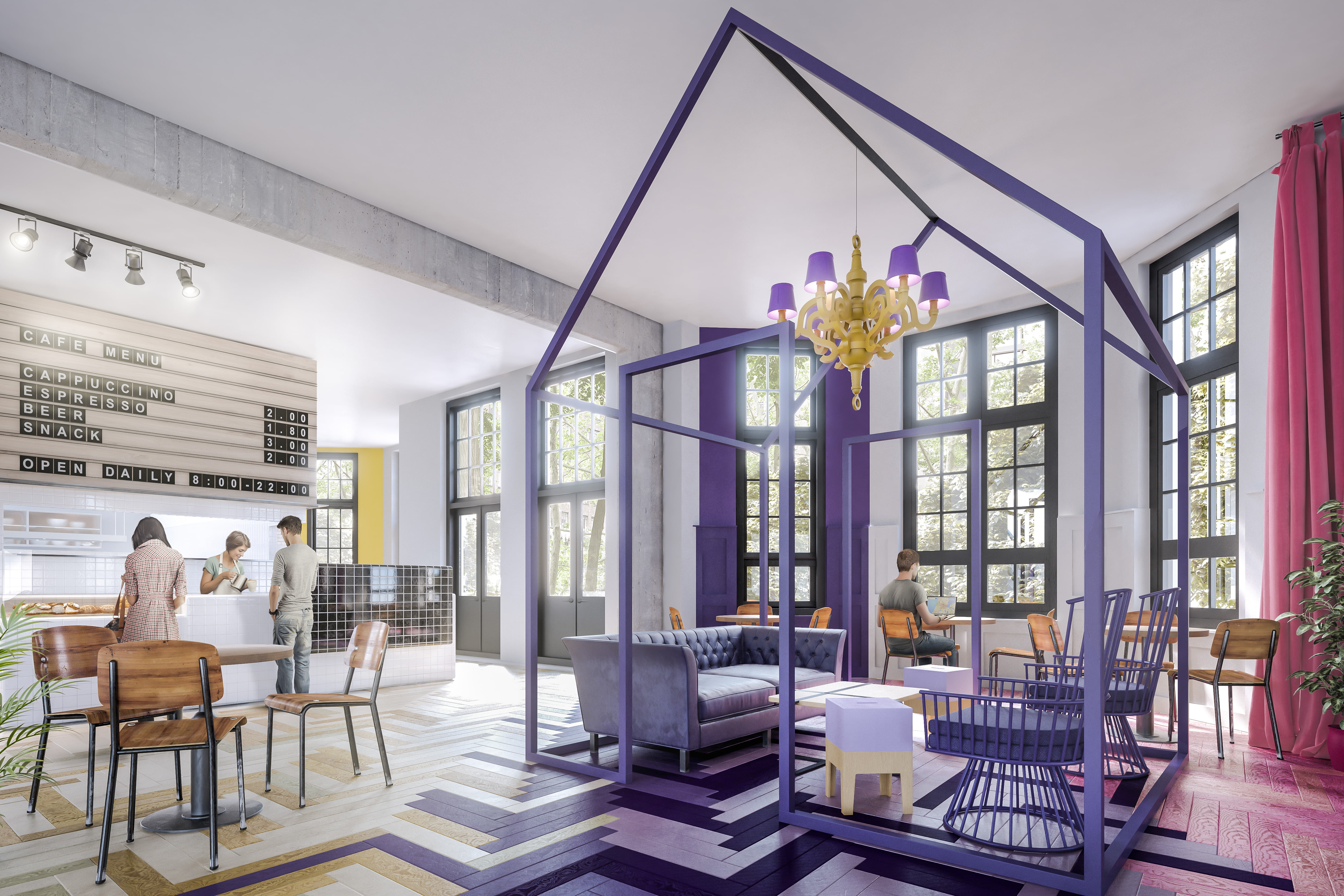 “The hostel and shared accommodation sector is one of the most exciting areas in the hospitality industry today. As one of Fast Company’s Most Innovative Companies of 2016, Generator continues to lead the charge to redefine it,” said Fredrik Korallus, Chief Executive Officer of Generator.

On 16 March 2016, the doors at Mauritskade 57, a historical brick building built in 1908 as the University of Amsterdam’s science department, reopen as the only upscale hostel in the city. Inspired by the building’s history and Oosterpark location, Generator maintained the scholastic and scientific aesthetics while modernizing the spaces with playful graphics and pops of color to create a labyrinth of sprawling amenities. The core social space, Nescio, named after a famous Dutch writer, includes:

Generator joins Stockholm’s city center in the heart of Europe’s Silicon Valley at 10 Torsgatan in June 2016. The 11-storey property will open near Central Station and Drottninggatan, a bustling pedestrian thoroughfare that runs through downtown Stockholm. Generator will be providing the first hip hangout for guests and locals in its immediate neighborhood through unique accommodations and social spaces including a lobby-café, a stand-alone bar and restaurant, meeting and events spaces, and luxury suites.

Also in summer, Generator’s arrival in Rome will disrupt the Eternal City’s hostel and boutique hotel scene with its upscale shared accommodations. The property is centrally located on Via Principe Amedeo near Mercato dell’Esquilino and the Roman Colosseum.