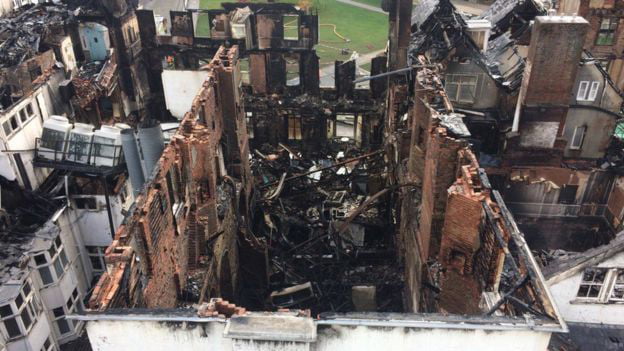 After more than 24 hours of flames, the Royal Clarence Hotel in Exeter, Devon, described as England’s oldest hotel, suffered terrible structural damage. It has now been decided that the building will be demolished.

The hotel, which dates back to 1769, has had its front partially fallen away and its interior walls have been reduced to rubble. The fire was believed to be fuelled by a raptured main gas supply, although the cause has yet to be confirmed.

Chief fire officer, Lee Howell, told the BBC: “We’re grateful no one has been hurt in this incident but the community has lost a historic building which is a landmark of the city.

“We kept significant resources at the scene to ensure we were able to deal with every eventuality and we will continue to do everything we can to protect the heritage of this city.”

Read the full story and see drone videos of the fire here.