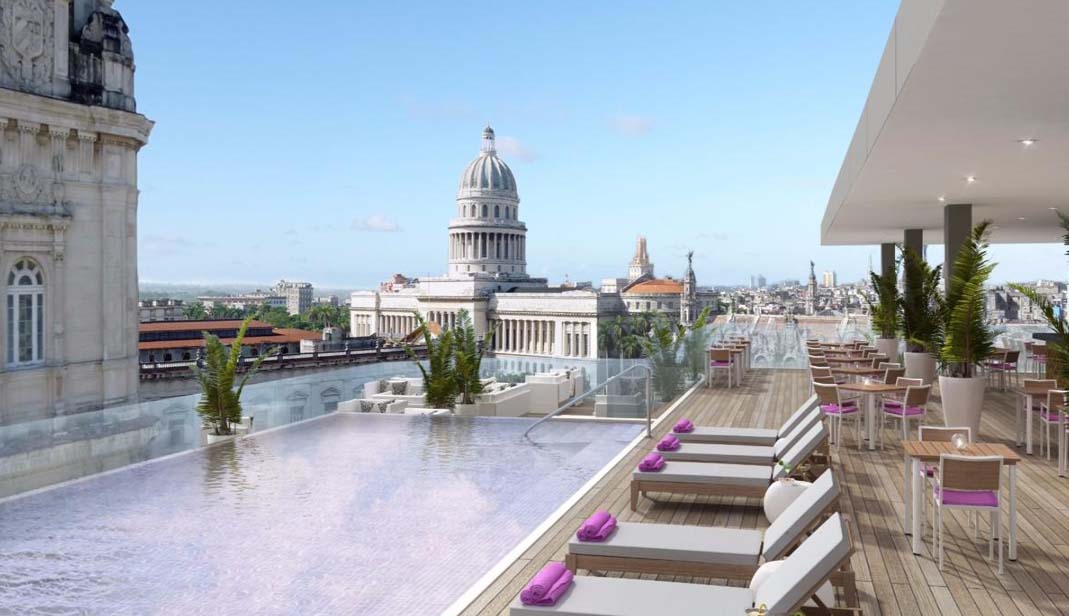 Gran Hotel Manzana Kempinski La Habana, the brand’s first in the country, will open in Cuba in the second quarter of this year.

The hotel will feature 246 rooms and suites and is located within the historic Manzana de Gómez building in the heart of Old Havana – a UNESCO World Heritage site. Additionally, the hotel will house a Swiss Resense spa, an in-house cigar lounge, a rooftop terrace with a swimming pool, a lobby bar, and three restaurants. There is also going to be a 1,600-square-foot presidential suite.

Although Cuba already has a number of luxury hotels, the demand for 1st class accommodation actually hasn’t been really met. This is where the Gran Hotel Kempinski Manzana La Habana fills the gap.

Collin Laverty, president of Cuba Educational Travel, said: “The Saratoga is considered a luxury property but it is more a boutique hotel. The Kempinski hotel is a whole other level in terms of brand, professionalism and the size of the hotel.”

“It certainly fills a gap in terms of supply. Almost all the upscale visitors in that part of town are trying to get into the Saratoga or the Parque Central, and the Kempinski is going to be a great offering.”

Markus Semer, Chairman of the Management Board and CEO of Kempinski Hotels, said: “We are very pleased to be opening this outstanding hotel in the spring. The opening is a continuation of our pioneering spirit as the Gran Hotel Manzana Kempinski La Habana will be Cuba’s first modern luxury five-star hotel. And its location within a famous historic building currently makes it the most exclusive hotel project in Old Havana.”