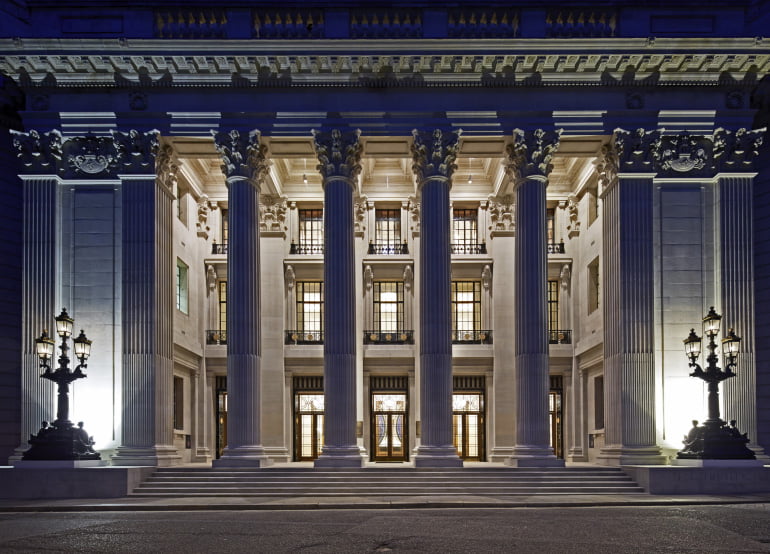 Inspired by its heritage, the building was the past headquarters of the Port of London Authority, the hotel will feature maritime-inspired detailing, 100 bedrooms including 11 suites, 41 private residences, a spa, fitness centre, vitality pool and an indoor pool. When it comes to private rooms, there’s the circular Merchant’s Hall and the wood panelled UN Ballroom. Originally the setting for the inaugural reception of the United Nations General Assembly in 1946, the UN Ballroom has been restored so you’ll find original woodwork and 30 foot ceilings. It’s here you’ll want to host cocktail parties and dinners with views out across the Tower of London, Tower Bridge and the Thames.

There are three restaurants, the Rotunda under the dome; a new Asian concept restaurant which will be opening later in the year and La Dame de Pic, the UK debut from the acclaimed French chef Anne-Sophie Pic. Based on the restaurant of the same name in Paris, the menu will showcase Anne-Sophie’s passion for unique flavours such as salt baked beetroot with coffee bourbon, foam and barberry and her signature berlingots – pasta parcels with lightly smoked pélardon cheese, seasonal wild mushrooms, tonka bean and voatsiperifery pepper.