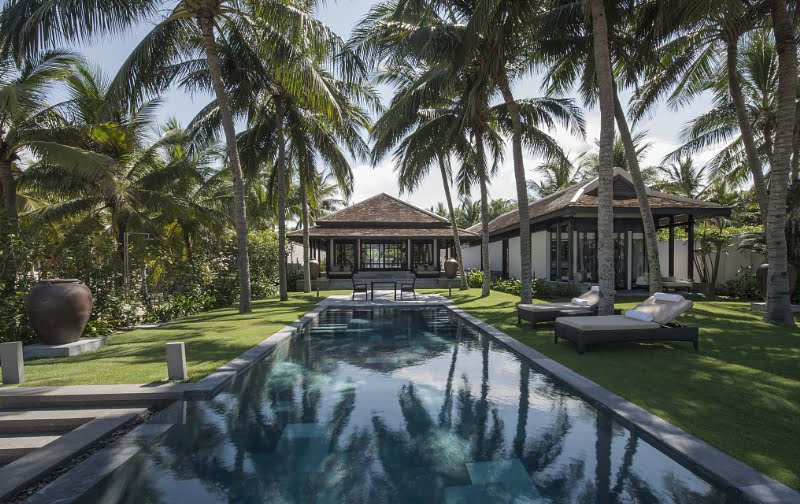 Four Seasons Hotels and Resorts, Hotel Properties Limited (HPL) and ASB Development Limited has announced that the renowned luxury resort – The Nam Hai Hoi An – will be managed by Four Seasons as of December 20, 2016. The Resort, a joint venture between HPL, a major international property group, and ASB Development Limited, Dubai’s leading investment group, marks the much-anticipated entry of Four Seasons into Vietnam, one of the world’s fastest growing tourist destinations.

Four Seasons Resort The Nam Hai, Hoi An, Vietnam is located in the country’s premier resort destination along the pristine coastline of Hoi An and in close proximity to the neighbouring town of Hoi An, a UNESCO-protected trading port from the 15th century and one of Vietnam’s modern culinary meccas. The Resort is also conveniently located just 30 minutes from the city of Da Nang and Da Nang International Airport, making it easily accessible for international and regional travellers alike.

An intimate resort, Four Seasons Resort The Nam Hai, Hoi An, Vietnam will offer 40 private residence villas and 60 newly-renovated resort villas, all featuring outdoor showers, terraces, and expansive indoor and outdoor living spaces. At the heart of the Resort lies a series of three pools, flanked by palm trees and offering unobstructed views of Hoi An’s white sand beach and breaking shore. The extensive amenities at the Resort will include three world-class dining venues – offering both beach and pool-side dining, as well as an all-new Vietnamese cooking school.

“Hoi An is one of the most coveted resort locations in Vietnam and we’re excited to be bringing legendary Four Seasons service and quality to this idyllic destination,” says Stephen Lau, Chairman, HPL Hotels and Resorts. “As owners of several Four Seasons properties around the world, we know that Four Seasons has a proven track record of catering to discerning luxury travellers from around the world with highly personalised care and unmatched attention to detail. We look forward to bringing their world-class hospitality to the Hoi An coast and together creating one of the finest resorts in Vietnam.”