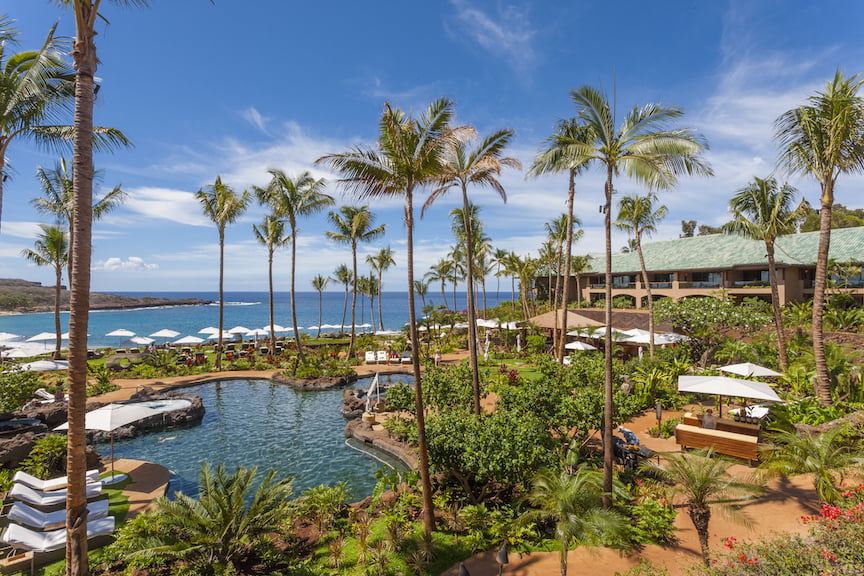 “Four Seasons Resort Lanai is the finest hotel in Hawaii,” said John Hardy. “It was redeveloped to the highest standard, and with major upgrades in design and amenities, it will be a world-class destination for years to come.”

Las Vegas-based Todd Avery-Lenahan of TAL Studio, was charged with the interior design of the property, creating a contemporary aesthetic that reflects the tones and textures of the Hawaiian Island. This renovation includes enhancements to the public areas including the lobby, spa, landscaping, pool spaces, multiple restaurants and bar, new retail boutiques and all guestrooms and suites.

The guestrooms are highly crafted and culturally contextual, refurbished with bespoke furniture and commissioned works to enhance the resort experience. By design, guests will feel connected to the tropical gardens and waterways on the hotel’s property with direct access to some guest rooms and suites. TAL Studio has chosen natural materials like woods and stone to further the sense of connectivity with nature. Artwork has been curated from across Polynesia, Micronesia and Hawaii.