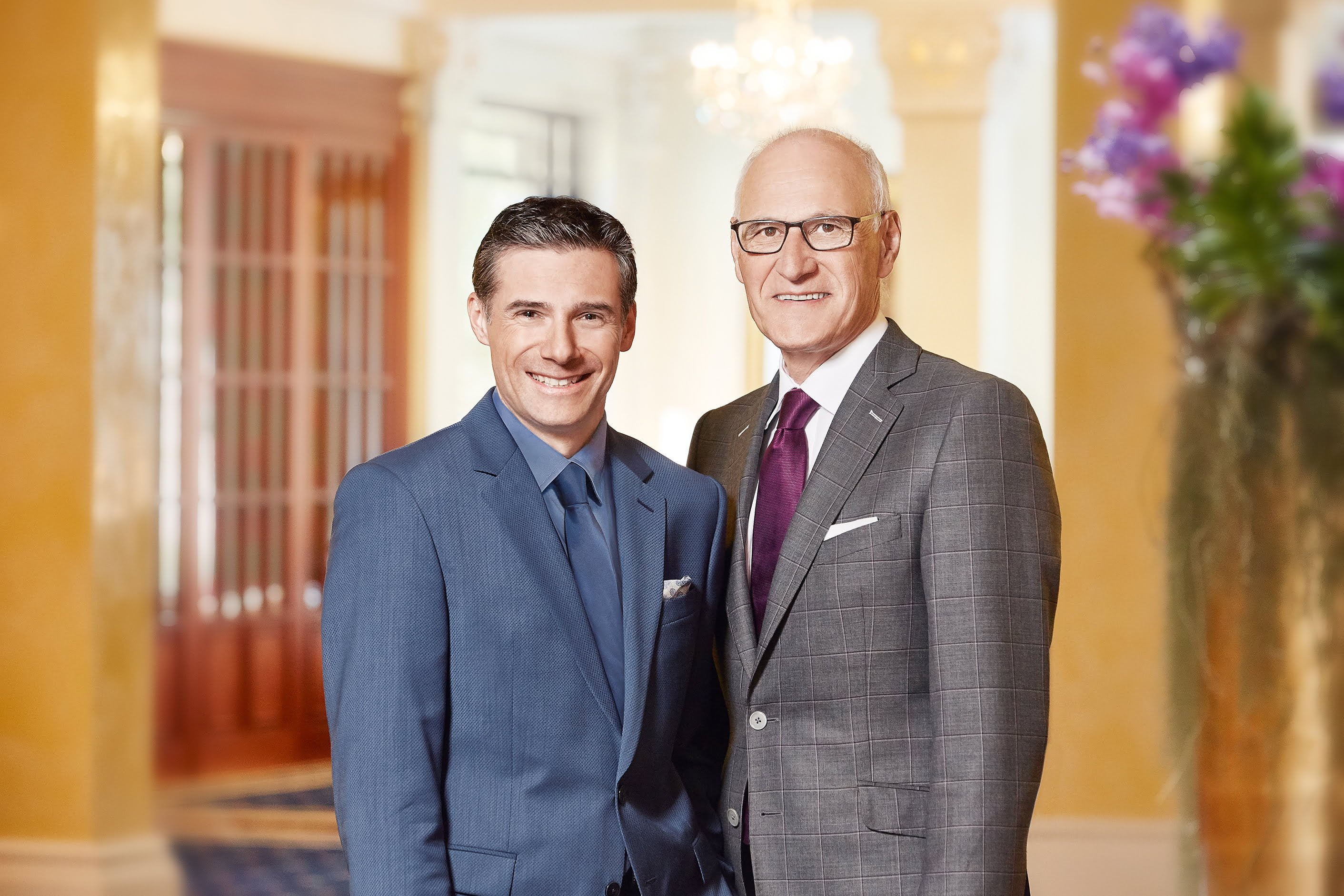 Grand Resort Bad Ragaz, has announced a series of changes to the management team, including the appointment of new CEO Patrick Vogler, who takes over the operational management of the resort from long-standing CEO Peter P. Tschirky. At the resort’s Annual General Meeting in May, Peter P. Tschirky will not only present the positive group result for the 2016 financial year, but will also take stock of his more than 10 years as Chairman of the Executive Board. On 1 July, he will hand over the reins of the successful Swiss company to his long-time companion and CFO Patrick Vogler.

Peter P. Tschirky began his tenure as Chairman of the Executive Board at Grand Resort Bad Ragaz during a period of restructuring. The hotelier, who was born in nearby Mels-Weisstannen, was invited back from Spain to his home country by Grand Resort Bad Ragaz in 2006, with the mandate of overseeing a major renovation. Between 2009 and 2010, in the immediate aftermath of the financial crisis, a period of development then followed for the traditional Swiss company, now operating under the name Grand Resort. The rouble crash in 2014 and the discontinuation of the euro exchange-rate floor in 2015 put the company to the test.

“Under the leadership of Peter P. Tschirky, the company generated record turnover despite turbulent years,” says Wolfgang Werlé, Chairman of the Board of Directors of Grand Resort Bad Ragaz. “He deserves our sincere thanks for the commitment he has shown,” continues a grateful Werlé. The departing CEO is not yet ready to completely retire, however: “Time will tell what role awaits me in the industry,” says the 65-year-old.

Patrick Vogler, the new CEO, is a close confidant of Peter P. Tschirky. Since 2008, the family man and father of three has been Commercial Director and served as direct deputy to his predecessor. Over the course of 10 years, the 42-year-old has actively contributed to shaping the flagship company as a member of the Executive Board. His tasks have included the assumption of responsibility for the Finance and Controlling, Procurement, IT and Real Estate departments as well as for numerous company-wide projects. He has also headed up various business areas on an interim basis, for example the Casino Bad Ragaz. In preparation for his new challenge, in 2016, Vogler built on his existing practical experience in the hotel industry by completing the General Managers Programme at Cornell University, New York, a leading institute in the area of hospitality. “In Patrick Vogler, we have found the right person to prepare the Grand Resort Bad Ragaz for the challenges of the future,” proclaims Wolfgang Werlé in summing up the new appointment.