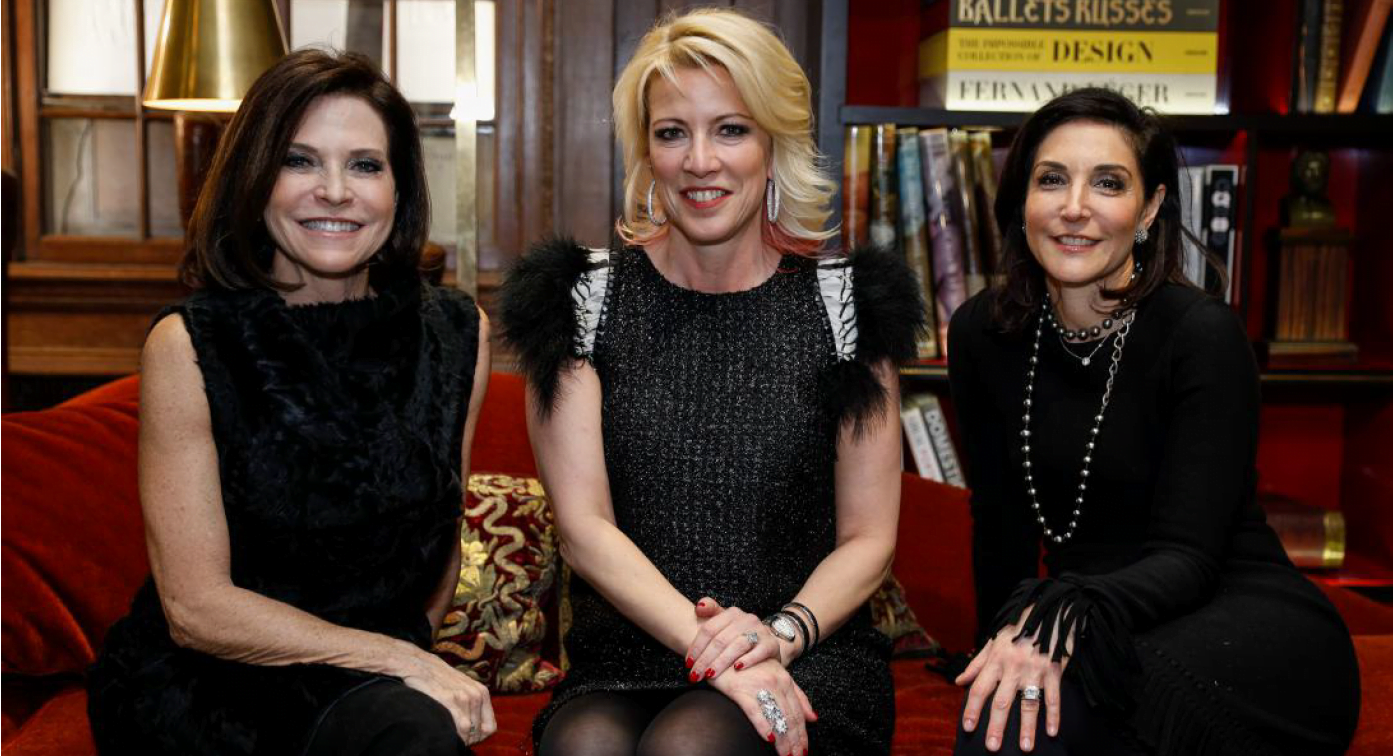 Celebrating its 10-year anniversary, Holiday House is coming to London for its first edition outside of the US in September 2017. Founded by Iris Dankner and co-chaired by interior designer Rachel Laxer and breast cancer survivor and philanthropist Joyce Misrahi, Holiday House London is an interior design exhibition that raises crucial funds for the prevention and cure of breast cancer.

With 2017 marking her 20 years breast cancer free, Iris has made it her mission to raise funds for research and to support women who need help fighting the disease, whilst bringing together the design industry.

Holiday House is an interior design exhi­bition in which top interior designers and brands showcase their talents by trans­forming the different rooms of a dedicat­ed house, according to the theme of past holidays or experiences that have a person­al meaning to them. Ultimately, Holiday House is about the celebration of life, each day treated with the same reverence as a holiday. Each in their own room, celebrated interior designers will showcase their style, design trends, new products and cutting edge fine art.

The public will get the rare opportunity to experience the work of numerous talented designers first-hand. Through ticketed en­try and events taking place in the houses, Holiday House will raise funds that will be specifically granted to research programs in the UK. BCRF is committed to funding sci­entific research to achieve prevention and a cure for breast cancer in our lifetime. In 2016, Holiday House reached the $1 million mark in funds raised for BCRF since 2012.

Iris says of the upcoming exhibition, “this is my tenth year of creating Holiday House events, and I’m thrilled to be introducing all of the beauty and inspiration that these show houses offer to London. We have re­ceived so much enthusiasm from UK based designers and design companies as this event will be the first of its kind in the mar­ket. The Committee and I are incredibly ex­cited about the launch of Holiday House London and hope that London design en­thusiasts enjoy touring exquisitely outfitted townhouses and taking away home decor ideas from some of the most talented de­signers in the business.”

About the upcoming Holiday House London

London being as much a multi-metropoli­tan global city as New York seemed like an ideal destination for this remarkable con­cept. As a result, Holiday House is being brought to London for the very first time later this year. Launching during London Design Festival in September, Holiday House Lon­don will take place from 15th September to 15th October 2017, Holiday House London will open the doors of two vast houses lo­cated in St John’s Wood, Northwest Lon­don, consisting of 25 rooms including the halls in total, in which will be displayed the work of a selection of renowned names in interior design.

Since its inception, Holiday House has held 8 show houses in the USA, at The Academy Mansion on Manhattan’s prestigious Upper East Side. The Holiday House concept later expanded to the Hamptons and to Soho in 2016. Holiday House has also been delight­ed to host over 100 fundraising events and looks forward to many more!

About the founder and co-chairs

Iris Dankner, the founder of Holiday House, is a breast cancer survivor, and was inspired to combine her two passions — interior design and fundraising for breast cancer research — when she saw a lack of high profile interior design events in the New York City area benefitting this great cause. After its inception in 2008, Holiday House became the first designer show house in New York City to benefit a breast cancer organization, attracting talented designers from across the country to transform the historic Academy Mansion on Manhattan’s Upper East Side each fall. Holiday House has since created a summer ex­pansion in the Hamptons and is now established as one of the premiere show houses in the country. Iris currently serves as a member on the board of The Breast Cancer Research Foundation (BCRF) while her interior design show house, Holiday House, directly benefits the organization.