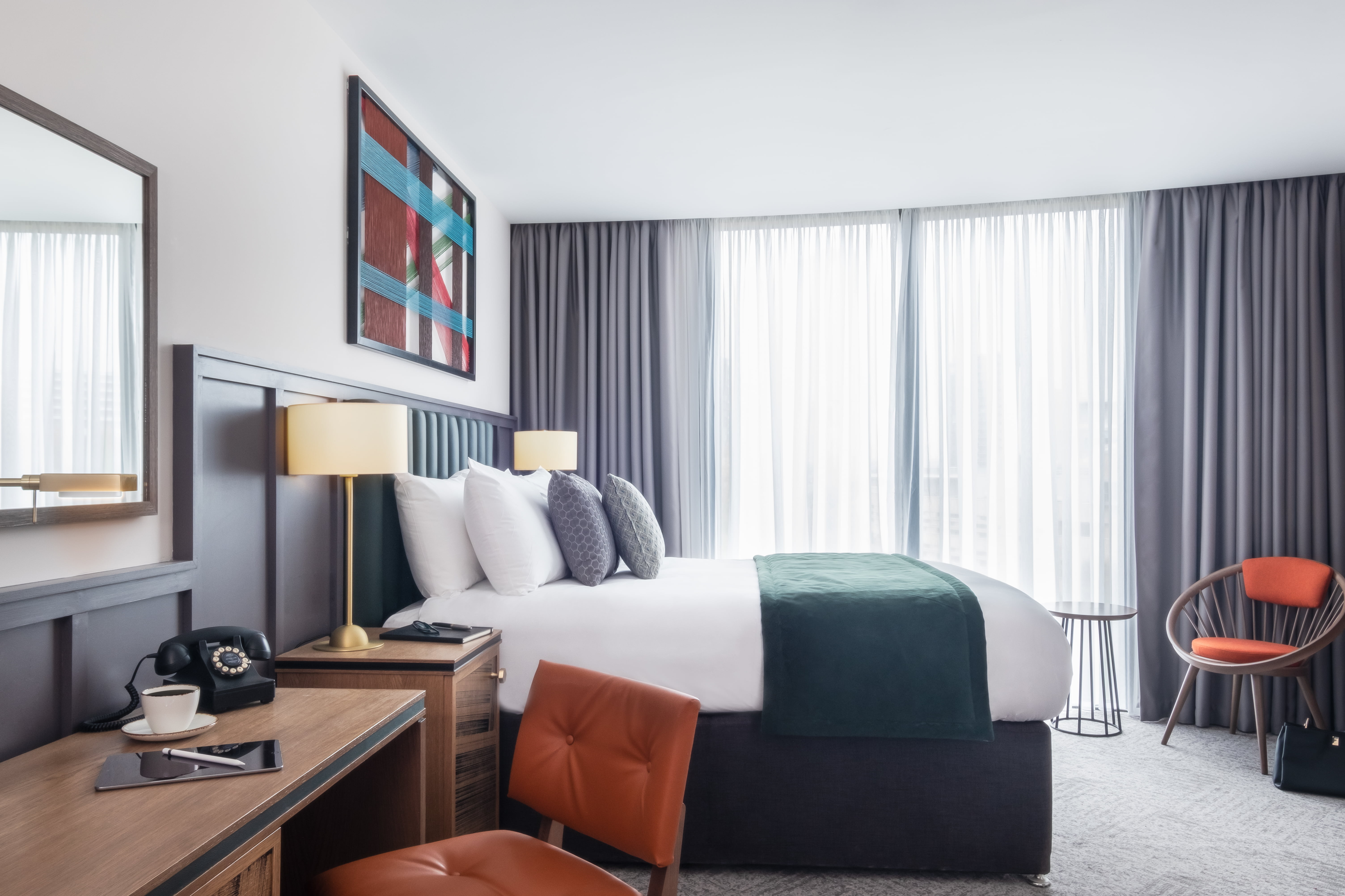 Hotel Indigo Manchester – Victoria Station has been shortlisted in the Best Hotel of the Year category, at the Manchester Awards 2019.

The shortlist in the Best Hotel of the Year category follows a high number of nominations from the Manchester Awards’ public vote.

James McDevitt, General Manager at Hotel Indigo Manchester – Victoria Station said: “We are absolutely delighted to have been shortlisted in the Best Hotel of the Year category. The reception we’ve had since opening has been so overwhelmingly positive and we’re proud to have established ourselves as a leading hotel in the city, which provides exceptional accommodation alongside a thriving restaurant and bar.

Hotel Indigo Manchester – Victoria Station pays homage to Manchester’s industrial past, offering guests modern luxury and style. The restaurant, Mamucium is led by acclaimed chef Andrew Green. Named after the Roman fort that was the birthplace of modern Manchester; Mamucium Restaurant and Bar has an impressive and northern-inspired offering.