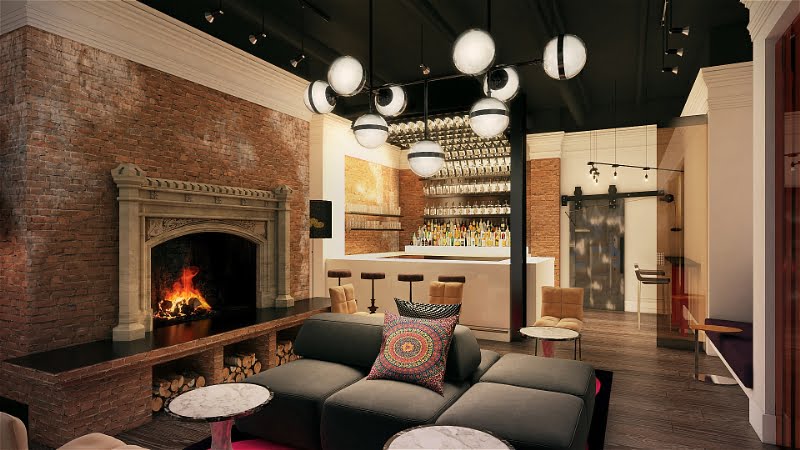 Viceroy Hotel Group announces the launch of Hotel Zeppelin San Francisco, a progressive hideaway that reflects the heart and soul of the City by the Bay. Set in an historic building, two blocks from Union Square, Hotel Zeppelin rebelliously celebrates San Francisco’s tradition of counter culture with a mischievous approach to design. An unorthodox regeneration is underway, with Hotel Zeppelin’s opening scheduled for Spring 2016.

Dawson Design Associates, the same award winning firm that brought Hotel Zetta to life, has forged a bold new vision for Hotel Zeppelin. They have constructed a seductive experience inspired by the SF artists, writers, poets, and musicians who broke the rules and changed the world. While the hotel is socially vivid, luxury guestrooms and suites offer a contemporary respite.

“Hotel Zeppelin reflects the creative, rebellious and sometimes subversive spirit that is the vanguard of our guests,” said Antonio Flores, General Manager of Hotel Zeppelin. “It will become a destination that attracts industry leaders, standout cultural tastemakers, and the disrupters who are defining the future.”