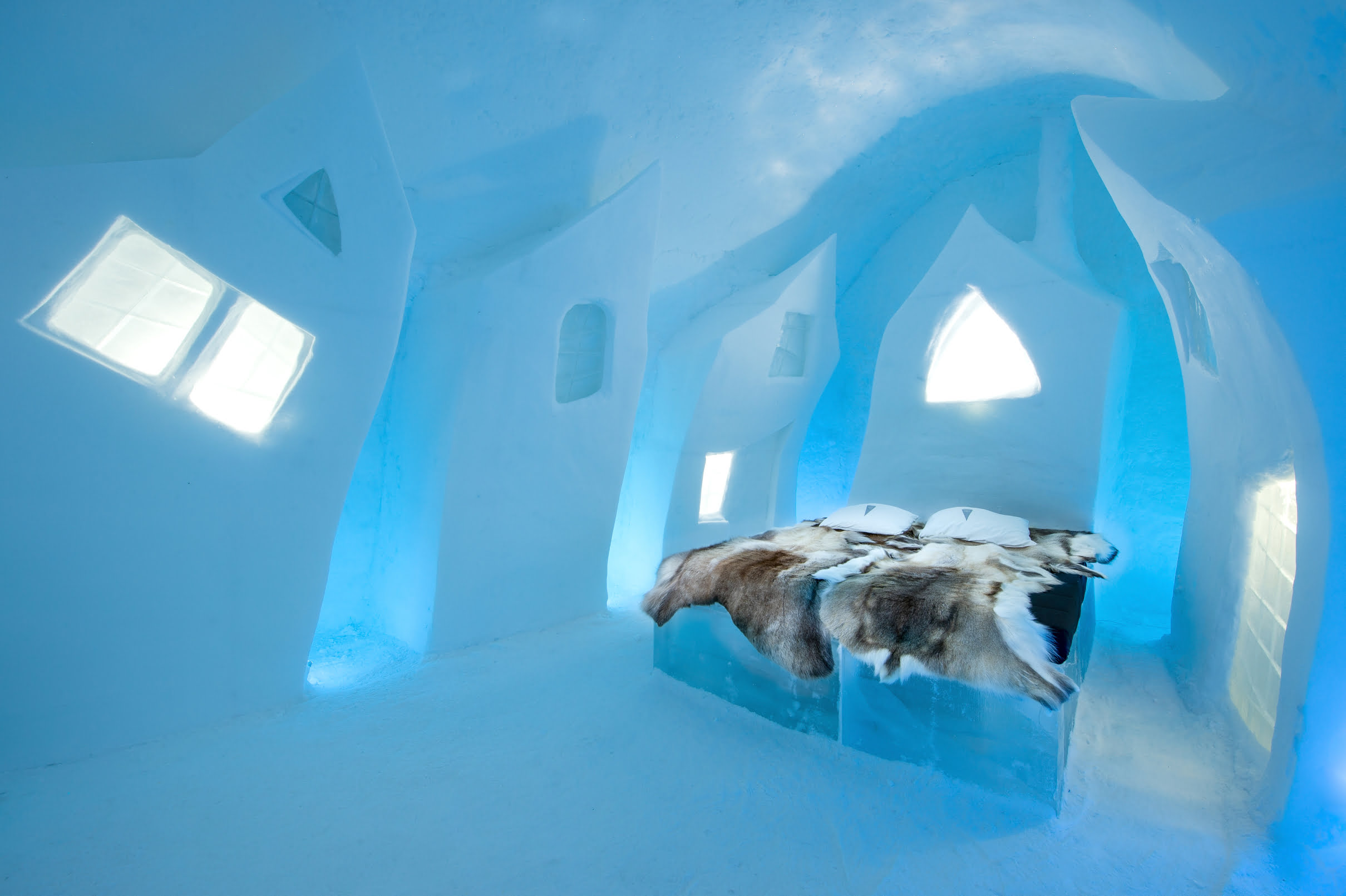 Creating the ICEHOTEL anew every year is an enormous undertaking, with some 4,000 tons of natural ice being harvested from Sweden’s national river Torne back in March 2015. As soon as the temperatures drop below zero, the construction begins in the small village of Jukkasjärvi, Sweden as the ICEHOTEL takes form. All in all, the structure is completed over the course of two months, culminating with the ice church opening around the Christmas period.

The 26th rendition of ICEHOTEL opened on 11 December 2015. This year, 19 individually themed and hand crafted art suites have been constructed with influences from a range of highly skilled designers and architects.

As part of the hotel project, 19 designers worked on individual suites to reflect the seasonal time of year. The Hibernate suite, for example, designed by Wouter Biegelaar and Viktor Tsarski, is wrapped in soft textiles, while the Under the Arctic Skin suite, designed by Rob Harding and Timsam Harding is inspired by how weather shapes everyday life in the Arctic. Meanwhile, further into the hotel, the Flying Buttress suite has been designed by AnnaKatrin Kraus and Hans Aescht. It is made up of multiple arches of ice and snow that vary in size and take different directions to capture the expanse space.