A specialist advisory and operational service within the luxury hotel sector, Marugal has been helping to develop, launch, and run unique premium hotels for the last decade. Successfully capturing the essence of each hotel’s cultural and environmental offerings has resulted in Marugal building trusted personal relationships with hotel owners. Pablo Carrington, Marugal’s founder, tells Sophie Harper about his journey from banking to hotel excellence.

With his father hailing from California and mother from San Sebastian in the Basque region in Spain, Pablo grew up between Mallorca and Newport Beach, California. He studied Economics at Boston College and then worked as an analyst for Citibank in Paris and then as a strategy consultant for a European consulting firm, Roland Berger & Partners, also in Paris. He tells me in both jobs, he’d look at his bosses and think “I don’t want to be them”.  So he quit consulting and took a year to reflect on his future. “The idea of the hotel business came up inexplicably,” he says, given that he had never had any link whatsoever with the industry. 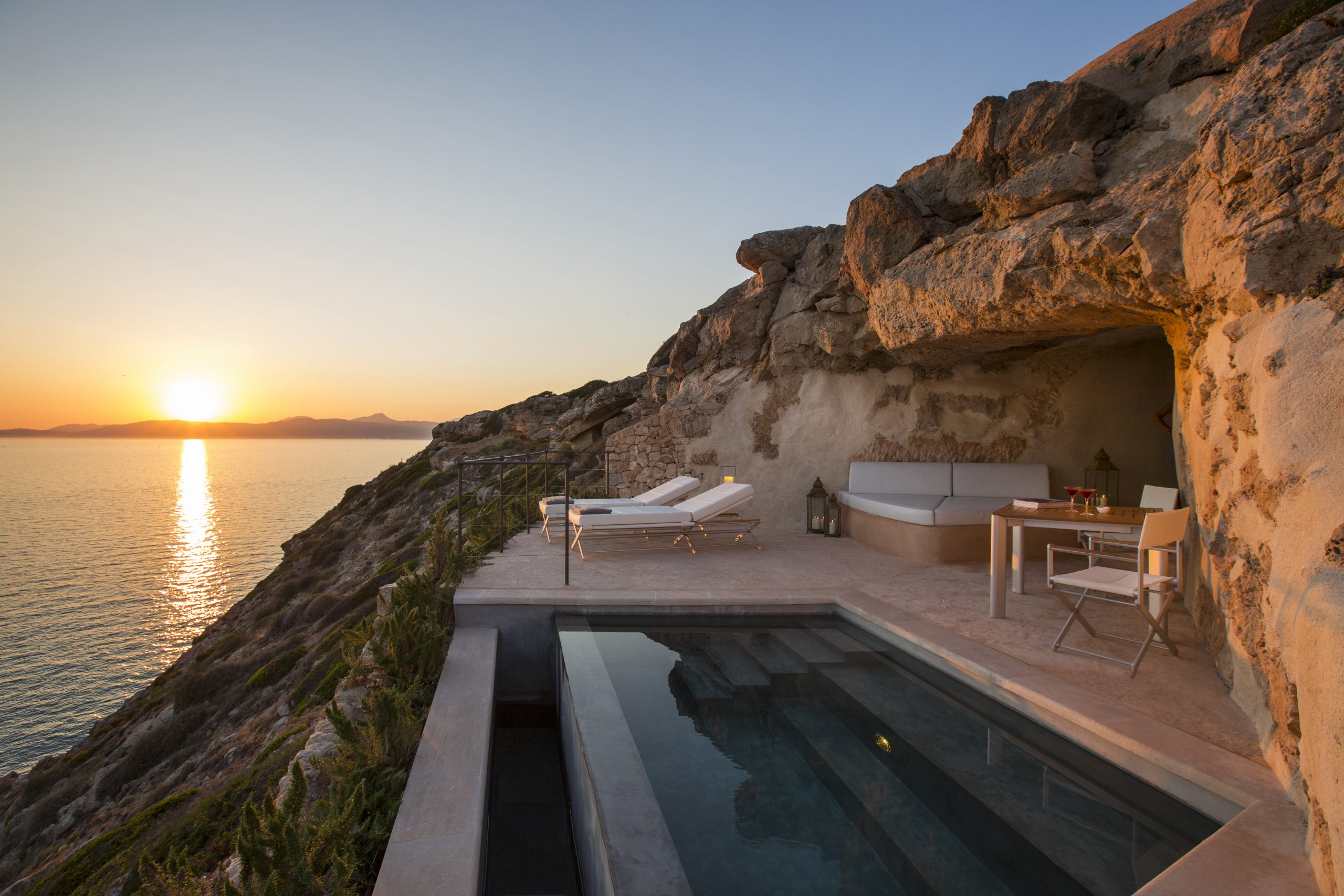 “The only clear aspiration I had was that I wanted to run my own business and stay as far away as possible from the intrigues and lobbying that I had witnessed in larger corporations where merit has as much weight as your ability to navigate within the organisation. I was good at both, but I could not imagine an entire life like that.”

At 30, Pablo found himself stepping away from a fast track management programme and what was set to be an excellent career path, and after a year’s reflection an opportunity presented itself. “The family home in San Sebastian had been sold to the family lawyer and he decided to convert it into a 25-bedroom hotel. He knew I was toiling with the idea of hospitality and asked me to help him get the project up and running as a consultant.” As luck would have it, the general manager hired for the project didn’t work out as expected and so Pablo was asked to take over the management of the hotel. “With zero knowledge of hospitality but many years travelling around the world from a very young age, full of childhood memories at some of the world’s most iconic hotels, I soon discovered that I had the soul of a hotelier, even if I didn’t have the training.” 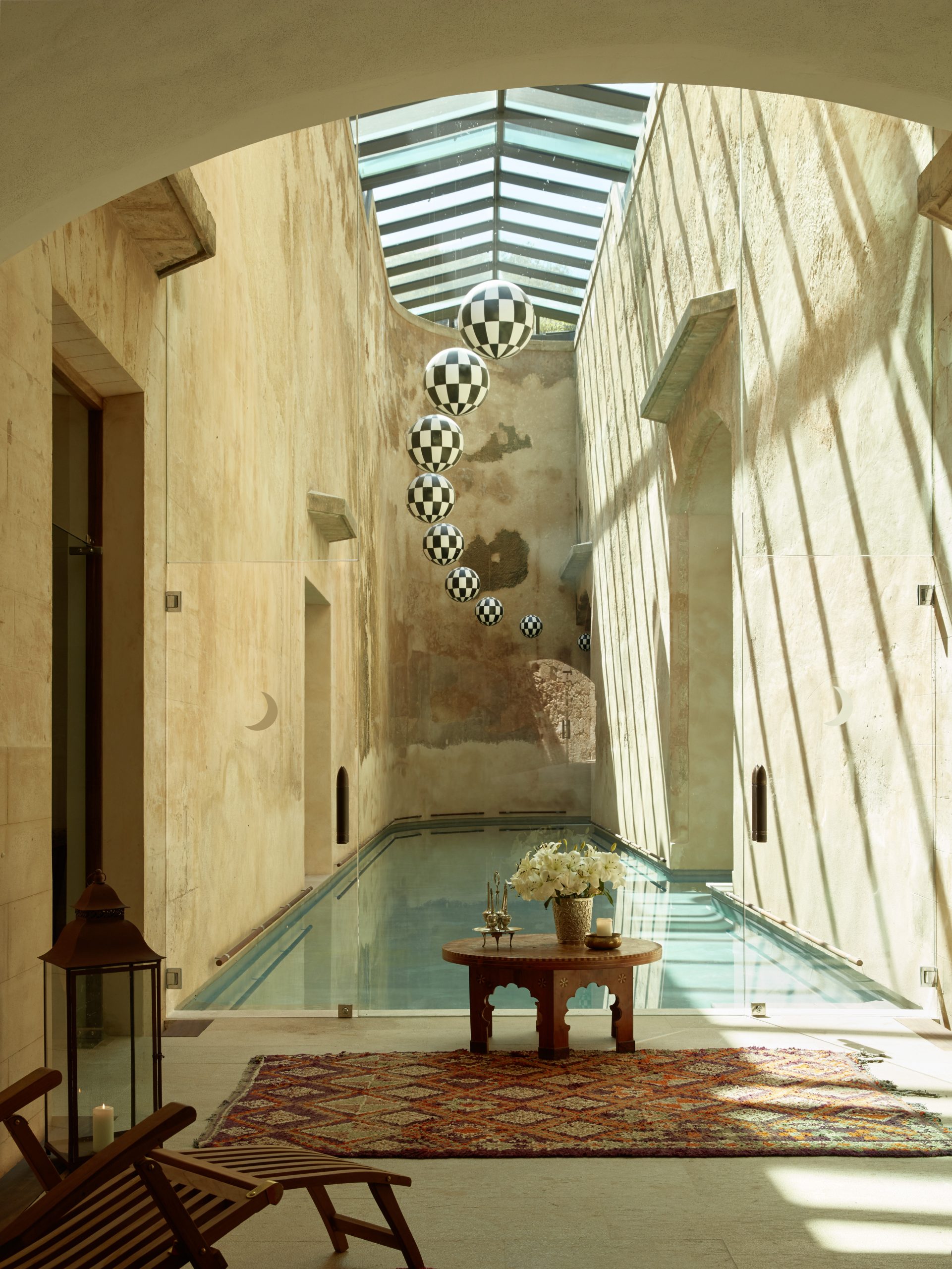 And that was the beginning. Pablo tells me Marugal was never set out to be a front of house brand, and remains very much a business to business operation – known by some in the travel industry but totally inexistent to the public. “We manage hotels under their own brand and operate as white label,” he confirms. “Our hotels are a collection of independent luxury hotels located in unique buildings and locations. We strive on creating unique products, keeping away from the conventional standards of hotel luxury. I would say that what probably defines us best is that our hotels each have a unique soul, which is expressed through a very curated product and a team that works like a tightly knit family.”

Pablo focuses largely on development and strategy, both for Marugal’s standards and for each hotel. “My other role is what I would call guardian of the concept. Defining the concept of each hotel is essential of course but keeping that concept and helping it evolve is fundamental for the long-term success of the property.  Many hotels start off with an amazing product or service but somehow a few years down the road it seems to have lost its initial purpose and dwindles to become just another hotel. My role as guardian of the concept is to oversee the hotel product and ensure that it continues and evolves in the right direction.”

Looking at the Marugal portfolio, from the bare-foot indulgence of Cap Rocat in Mallorca to the charm and decadence of Relais de Chambord in France, it’s clear that luxury and design are key features for the brand. “Design is indeed very important,” Pablo concedes, “but it depends on the design. If it is an ego driven design based more on what the designer wants than on what the guest needs, it will most probably fail in the long run. We have seen many design centric hotels that created a big splash when they opened but fell into oblivion after some years. Others however have succeeded and that is simply because the design was able to put the guest at the centre of its creative process.”

“Luxury had the same meaning for everyone until the late ’80s,” he adds. “There was one international form of luxury, based on traditional services and comfort, and it worked perfectly for the very few who could afford it. Waiters wore bowties, rooms were decorated with antiques… Luxury hotels were all very different but they catered to a very homogenous group of people. But those ‘happy few’ grew to become a larger, more diverse population.  Diverse in age, in nationality, in tastes. Consequently there is no longer a standard definition for luxury. In my case I appreciate many forms of luxury but they all have two common denominators: space and excellent service.”

I’m nodding along enthusiastically at this point as I agree with all of Pablo’s points, he emphasizes again the importance of being able to put yourself in the guest’s shoes; “There is one essential attribute for this business. You must be able to see your own product through the eyes of a guest in order to succeed,” he says. “When you are a leader in this industry, complacency is a very dangerous enemy and one must have a continuously critical and demanding eye on the product and the service that the hotel offers.” 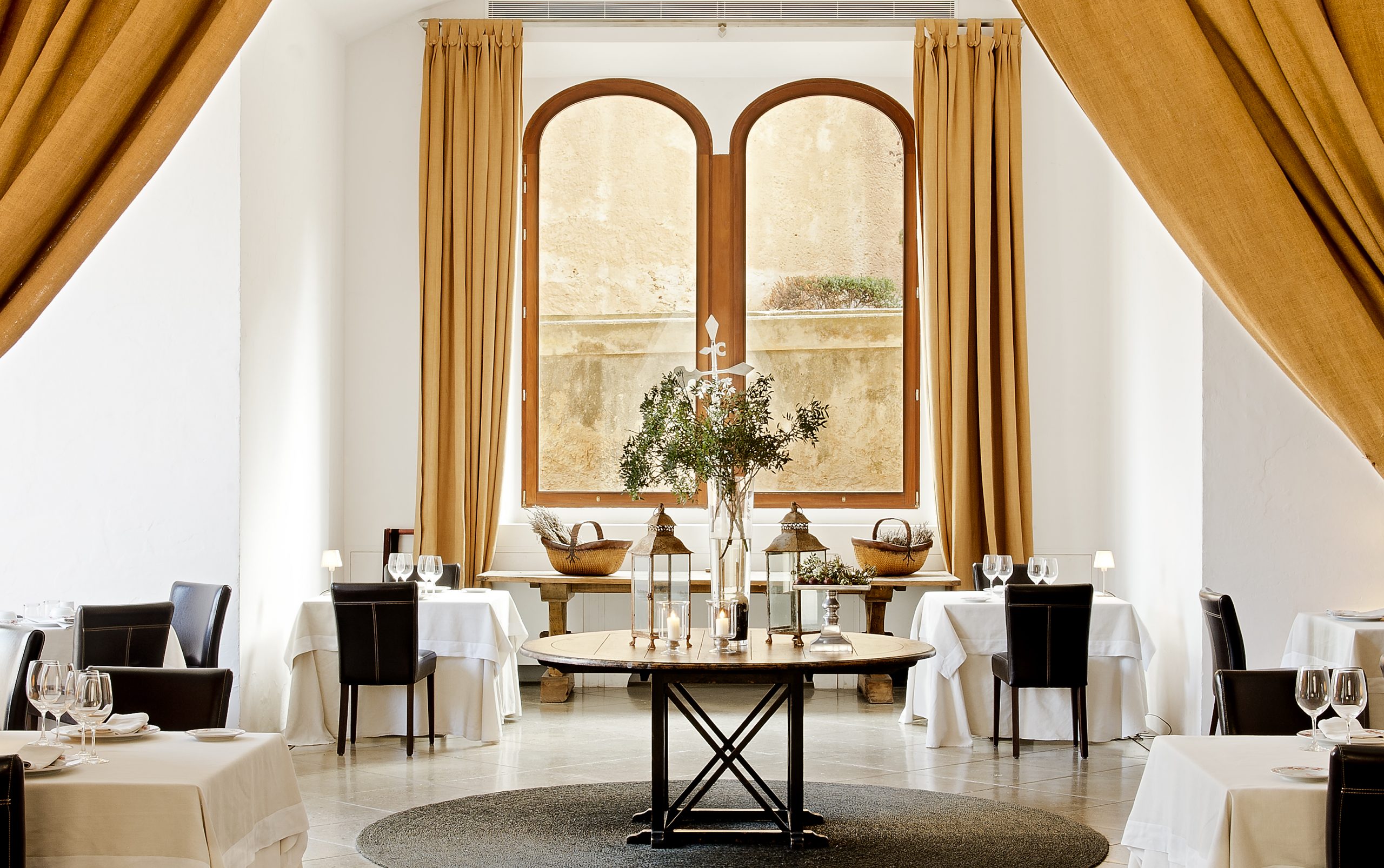 As a well-travelled man himself, I want to know if this is a main driver for Pablo’s future ambitions for Marugal. “Travel is food for the soul,” he responds. “Whether scenic, gastronomic, musical, artistic, travel is always enriching. But we must not associate travel only with a plane. Travelling by car or train can be just as fun and enriching, if not more so. Sometimes the best vacation is around the corner and does not require a 12-hour flight,” he says.

So what does Pablo himself look for in a hotel – as a guest? “When looking for a hotel, my eye always veers towards hotels that seem to have a clear concept and a sense of place. I don’t want to sit in a hotel room in Istanbul and have the impression that I could be in Brussels or Manchester. Once I’m there, service is the most important aspect. The property can be a bit run down or not entirely of my decorative taste but if the service is personalised and excellent, I will want to return. On the contrary, if the property is stunning but the service is standardised, for example the receptionist says my name three times at check-in clearly following a company procedure and not really meaning what he is saying, I will probably look for a different hotel next time.”

At the time of the interview, lockdown was in its early stages in the UK, but it was already evident that travel and hospitality as major worldwide industries would be facing big changes in the not-so-distant future, so I ask for Pablo’s thoughts on how he sees travel changing. “After such a traumatic experience with Covid-19, travel trends will most certainly change. I think travel will be less of a commodity. We will realise that a flight from Paris to San Francisco cannot cost $150 even if it is on a low-cost airline. It is not sustainable economically and environmentally. The same goes for a £20 flight from London to Rome. 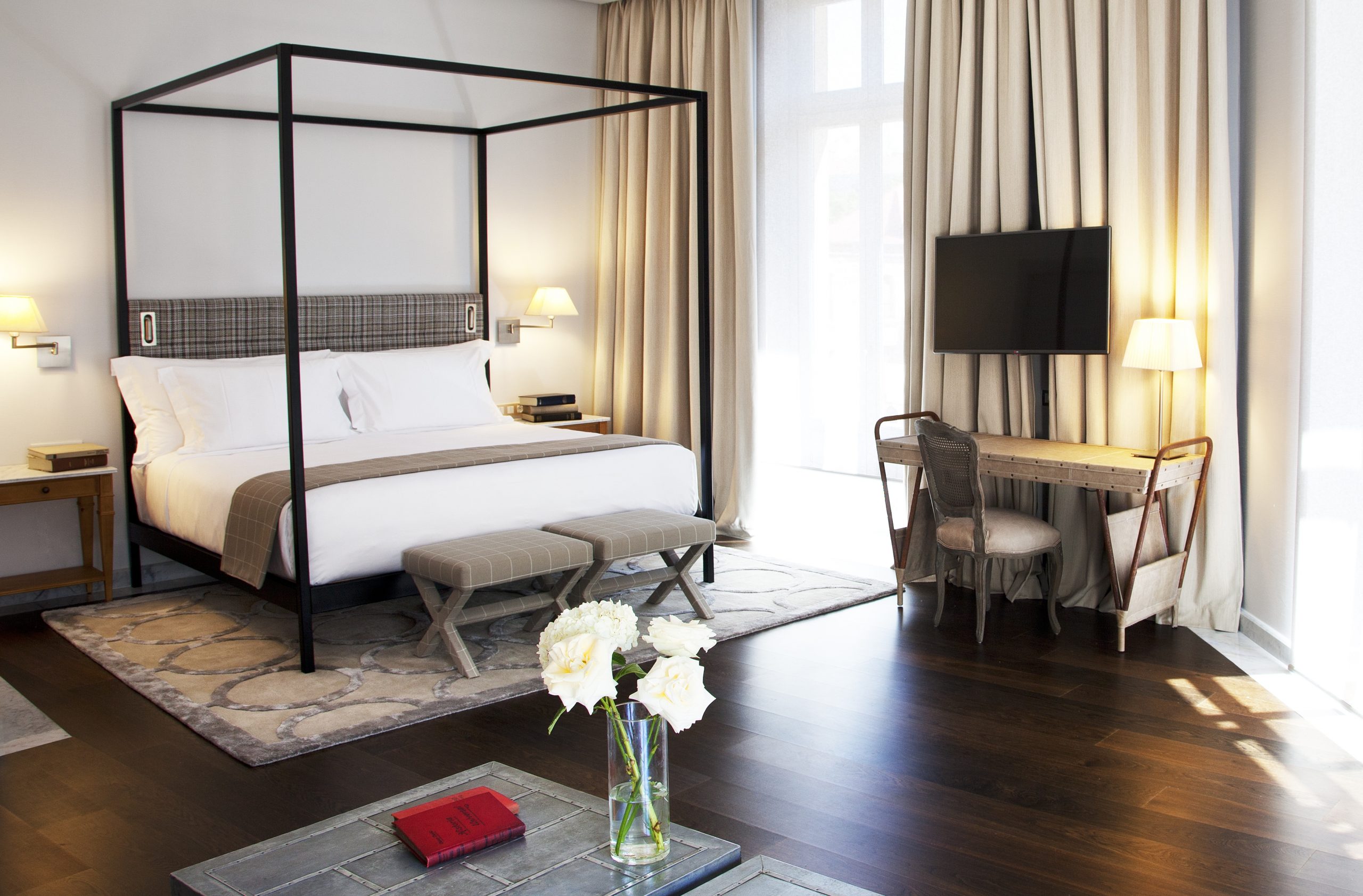 We will consume travel more intelligently and less compulsively and will learn to value a road trip for a long weekend as an alternative to flying to another overcrowded touristic city just to tick the ‘been there done that’ box.” He adds: “There will also be a surge in buying local, both at home and on vacation. People are increasingly aware not only of the carbon footprint but of the value of consuming local products. A wonderful farmer’s market is only sustainable if people go and buy there. Tourists visiting Barcelona’s La Boquería market for example and just taking pictures for Instagram without buying anything will not help the local fishmonger or butcher survive. I’m convinced that is part of the trend that we will be seeing.”

Looking to the future, I ask Pablo if there are any new hotels being added to the Marugal portfolio over the next couple of years and he coyly tells me there is a new project in Spain and another one abroad somewhere, but that they are both a secret he’s unable to divulge details of. He does however tell me that in terms of forward-planning for the company itself, as sole shareholder without a board to dictate a strategic plan that anything is a possibility. “We are always on the lookout for new opportunities to create, convert or restructure unique hotels.  But only if we can create a profitable hotel with a soul.”