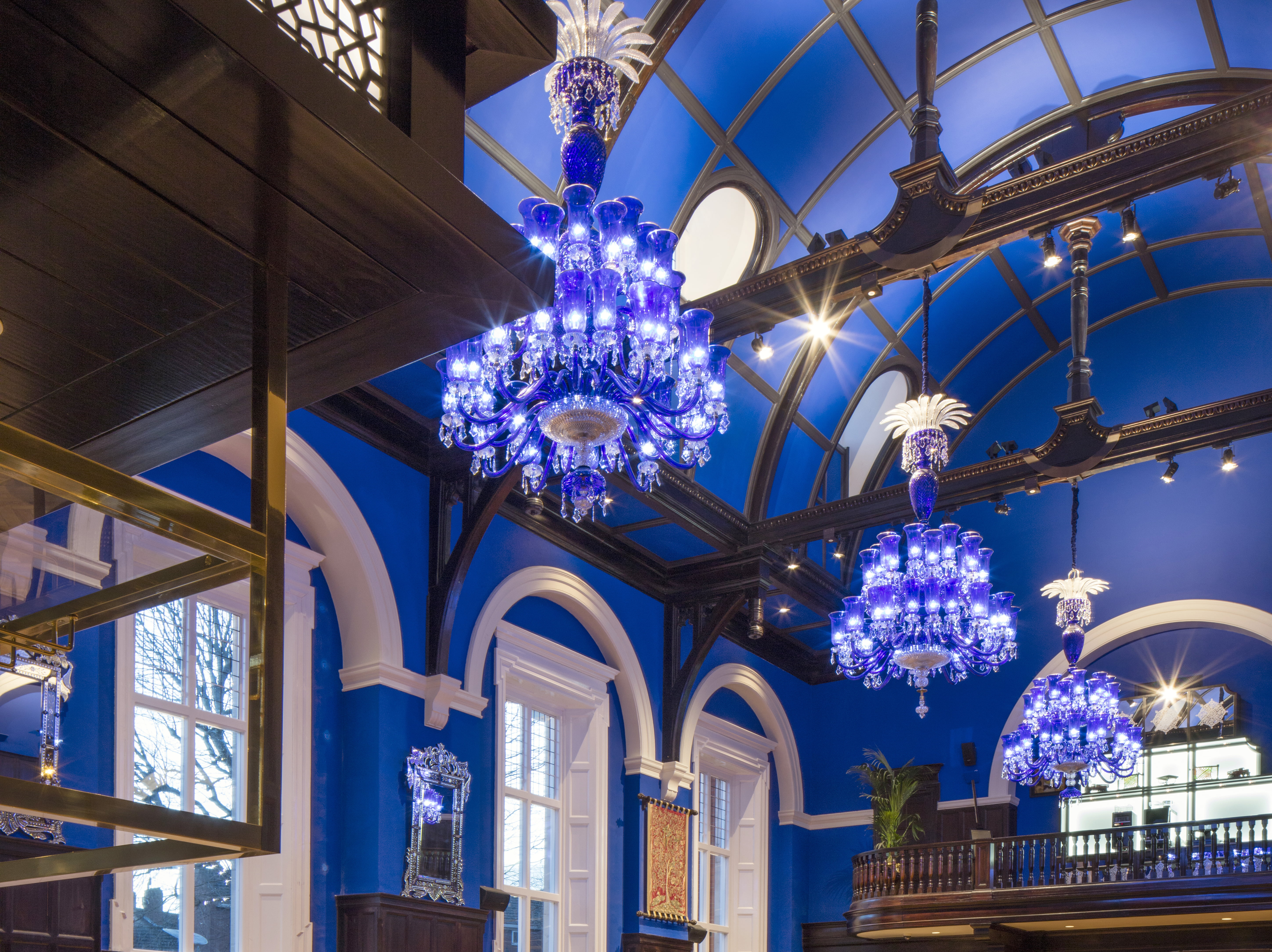 Situated on the South Bank in the Tower Bridge Conservation Area, the Lalit London occupies the former home of renowned London grammar school St Olave’s. An impressive example of its type, the building was built in two phases between 1894 and 1896, and was the grand design of Edward Mountford, the eminent Victorian architect behind such iconic buildings as the Old Bailey and Sheffield Town Hall, and an initiator of the Renaissance style of the 1890s. It housed St Olave’s until 1968 when the school relocated to its present home in Orpington.

In 1972 it received Grade II listed status, and after briefly being used by Lambeth College, it lay empty for some fifteen years. During this time it was acquired by Berkeley Homes as part of a broader scheme, and achieved planning permission to be converted into a hotel.

The Lalit Suri Hospitality Group meanwhile had been looking for a London site for their first hotel venture outside the Indian subcontinent. The group acquired the building at an auction for £14.7m in 2012 and embarked on an inspirational legacy project. Commenting at the time, his wife, Dr Jyotsna Suri, Chairperson & Managing Director, said: ‘Mr. Lalit Suri yearned for a hotel in London a city he loved so intensely that it became his final resting place in 2006. Hence this property is very special for us.’

EPR Architects, working alongside Archer Humphryes as interior designers, was tasked with fulfilling the family’s vision of creating a 70-bedroom luxury boutique hotel redolent of Indian opulence, combined with the charm of an old-fashioned English school. The building was, however, by this point in serious disrepair, and likely heading towards a state of collapse. An ambitious and sensitive restoration programme, including a new slate roof, was therefore initiated with brickwork, rotten timbers and cracked panels all painstakingly replaced to restore the building to its former splendour. The original plaster cornices and dado mouldings were also refurbished, as were all the windows and doors, with non-original windows being replaced with new ones in order to reinstate Mountford’s original design.

EPR, Archer Humphryes and Dr Suri established a close working relationship to create a bespoke boutique hotel, encapsulating both the educational heritage of the building, and an authentic Indian experience with the luxury of high-end modern design. The names of the public spaces has reference to their school setting, thus the old Governors’ office, with its LED-lit panelled walls and intricate plaster ceiling, becomes ‘The Headmaster’s Room’, the meeting rooms are ‘Laboratories’, and the old clerk’s office, with its striking purple mirrored glass features, is reincarnated as ‘The Teachers’ Room’ and the rooms are classified as Classrooms.

Indian design finds its place throughout, from the use of Indian stone sculptures and topiary details on the exterior, to the fretwork screen with its traditional Indian Jali pattern in the reception area, deployment of tapestries, motifs, and patterned joinery work and the magnificent blue chandeliers in the Great Hall. Each of the suites and bedrooms (the ‘classrooms’ and ‘cosy rooms’) is unique, with those on the top floor enjoying 30-foot high ceilings. Of particular note are the Mountford Suite, named in honour of the original architect, and the Lalit Legacy Suite which occupies what was formerly the headmaster’s office. In order to achieve a bedroom count of 70, EPR designed an additional storey by inserting a floor into the double-height classroom spaces. Further development work was carried out through the excavation of a new basement area to house ‘Rejuve’, the hotel’s state-of-the-art spa, gymnasium, changing areas and treatment rooms offering Indian therapies.

The jewel in the hotel’s crown is ‘Baluchi’, the award winning pan-Indian restaurant located in the stunning triple-high barrel-vaulted Great Hall, with gallery, original parquet flooring, and timber panelled walls, set off by genuine Indian chandeliers, suspended from a royal-blue ceiling. The Naanery, a bread bar, whose panelling repeats the Jali pattern showcased in the reception areas, and show kitchen with tandoor oven, and the spacious Terrace completes the dramatic transformation from school dining hall to London’s finest signature destination restaurant.

The Lalit London was launched on 19 November 2016—to coincide with what would have been founder chairman Lalit Suri’s 70th birthday—and opened its doors to the public in January 2017, guaranteeing London a remarkable and truly memorable Indian experience.