Luxury hotel and spa to open at Iceland’s Blue Lagoon 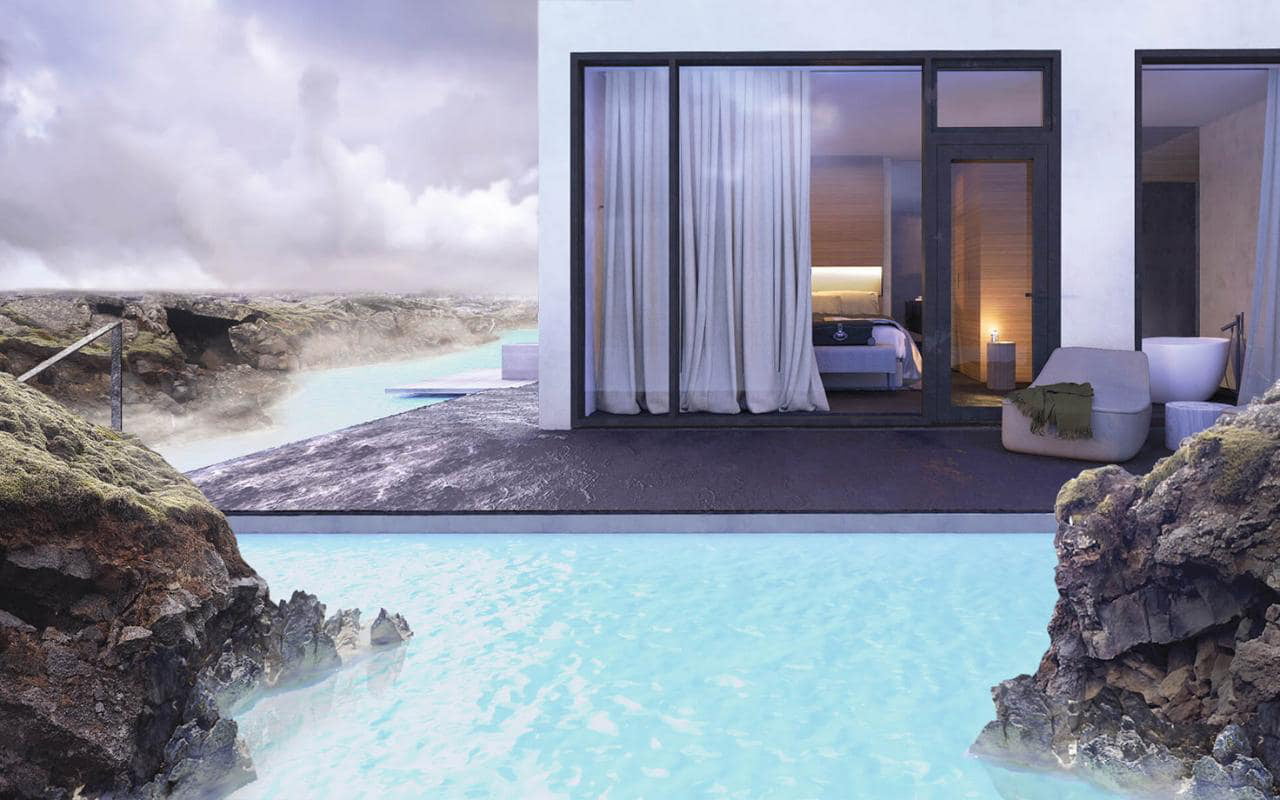 The Moss Hotel and Lava Cove spa, a 62-key luxury hotel, is set to open at Iceland’s top tourist attraction later in the year.

The hotel will be situated on the southwest side of the Blue Lagoon, a geothermal spa less than an hour’s drive from the capital, Reykjavik.

The site attracts crowds of visitors every year given its exceptional character and stunning scenery. Set among a lava field, tourists flock to bathe in the Blue Lagoon’s warm, milky-blue and mineral-rich waters, fed by the output of a nearby geothermal power plant. Particularly rich in silica and sulfur, the Lagoon is a hotspot for visitors in search of relaxation, and spa and wellness-based activities.

The hotel will be built into the volcanic landscape, boring into lava dating from 1226. The complex will offer visitors a peaceful haven thanks to a private extension of the Blue Lagoon, called the Lava Lagoon, filled with the same beneficial waters.

The development will also feature an underground spa with a lava-rock-heated steam room for sweating out toxins, plus a fire pit and a sauna. Guests can also enjoy the mesmerizing sight and calming sounds of falling water trickling down a rocky wall.

The hotel will feature 62 luxurious rooms, each with floor-to-ceiling windows offering stunning views over the natural landscape. Plus, there’ll be plenty of spaces to relax and unwind, with lounge areas and a library.

Guests will be able to sample a seven-course tasting menu at the Moss Restaurant, with views over the lagoon’s milky waters, accompanied by fine vintages from a wine cellar built deep in the centuries-old lava.