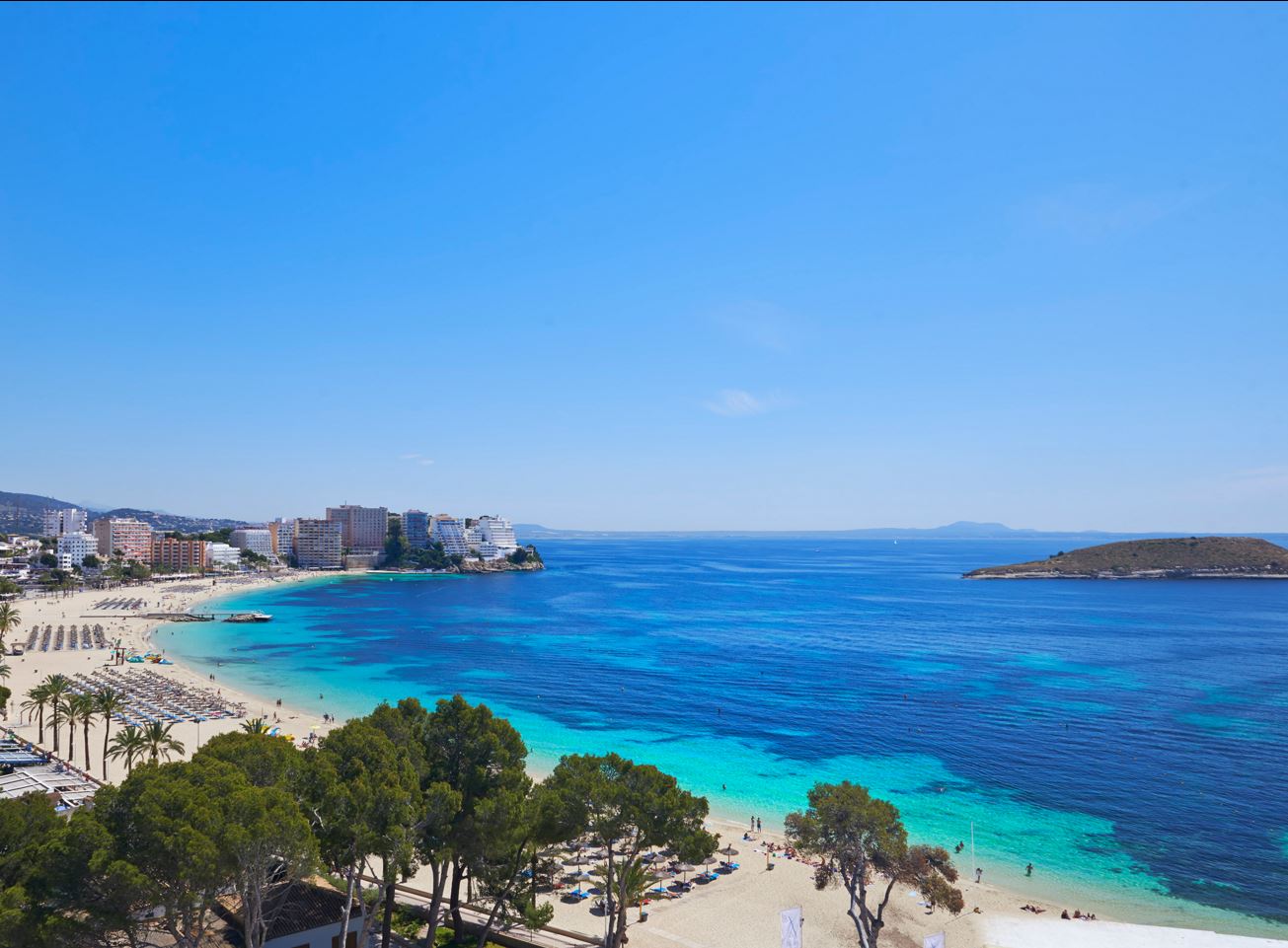 10 private companies, alongside Meliá Hotels International, Calviá Town Hall and the Balearic Government have announced their five-year regeneration initiatives for Magaluf. The plans were unveiled to the UK market following a summer season full of positive transformations.

The Mayor of Calviá, the Minister of Balearic Tourism and the CEO and Vice President of Meliá Hotels International have offered detailed insights into the future of Magaluf.

2015 saw major changes in Magaluf, which was once one of Europe’s favourite summer destinations during the 1970s and 1980s. Following a progressive loss of up-scale services, Magaluf has now re-emerged, thanks to the efforts of local travel and hospitality along with the support of local authorities.

The companies involved believe that Magaluf has the beauty and the potential to be a leading holiday destination once again. Meliá Hotels International, with more than 3,500 rooms in the area, expects to have renovated 11 hotels and have invested a total of €190 million by 2017.

Five key objectives for the next five years have been announced along with the official mission statement.

“We are firmly committed to the transformation of Magaluf in the region of Calviá based on developing a quality tourism product and growing a more diversified customer base. Through ongoing investment plans in Mallorca with support, from private and public sectors, we are working towards a new era of renovation, regeneration and repositioning. This will lead us to a new tourism model, change the perception of Magaluf by changing what it is known for and restore the destination back to the position it deserves.”

The Tides Are Turning

Regeneration plans were first implemented in 2012 when local companies, such as Meliá Hotels International, supported by the regional government and Calvià Town Hall, invested heavily in the destination in order to radically overhaul Magaluf. This kick started the renovation and repositioning process, using a strategy that has already been successful in destinations such as Miami Beach and Barcelona. The need for renovation was highlighted by the deterioration of quality hotels and commercial facilities and the decline of the urban environment. Most significantly the proliferation of businesses based on uncontrolled alcohol sales and the tolerance of antisocial behaviour resulted in high crime rates and a phenomenon known as “balconying”, whereby a person jumps from balcony to balcony.

It was following the summer 2014 season that the public and private sector united for the first time, alarmed by the image of Magaluf that was being portrayed to the world. Authorities made a commitment to revise regulations and work began on an ambitious regeneration model.

Due to the cooperation of local authorities, Calviá Town Hall and the British Foreign Office, there has already been a significant turning of the tides in Magaluf. The 2015 season kicked off with a new set of regulations, Spanish and international police units assigned for law enforcement and an extensive educational campaign generating a dramatic fall in delinquency (only seven arrests compared to 23 in 2014), as well as 11 per cent less guests being forcibly  removed from hotels for bad behaviour. Accidents from balcony falls, closely linked to excessive alcohol and drug consumption, also fell from 15 cases reported in 2014 to only five this year.

Along with many positive developments in Magaluf, the resort has also seen a change in the type of visitor to the destination. By providing quality hotels as well as products adapted to couples and families with less emphasis on an “all inclusive” and “all you can drink” products, Magaluf is attracting more profitable and sustainable market segments. With the introduction of prestigious leisure and entertainment brands, and new music and chill-out venues, 2015 saw an increase in the number of couples and families visiting Magaluf, while bookings by young holidaymakers, associated with antisocial behaviour, fell by almost three per cent.

Due to an improvement in occupancy, which stood at 68 per cent by August 2015, revenues also increased. This was helped by the numerous renovations of hotels (54 per cent of hotels in Magaluf now have four stars) and a healthier balance of occupancy and average rooms prices, with prices increasing by 4.45 per cent in three-star hotels and 6.80 per cent in four-star hotels.

Bars have been most affected by the positive changes in Magaluf as they attracted young people looking for cheap alcohol. Their turnover steadily declined during the season and the once popular bar crawls have now almost been eradicated. These establishments have been replaced with trendy beach clubs and bars, venues with DJs and concerts, sophisticated pool parties and a growth in family entertainment. Many of these travel and hospitality businesses were represented at the event held in London last night including Katmandu Park, Mallorca Rocks, BH Mallorca (Cursach Hotels), Viva Hotels, Fergus Hotels, Zhero Boat House, Nikki Beach, Western Water Park (Aspro Ocio) and Globo Balear Entertainment.

The Magaluf regeneration efforts, spearheaded by the above companies and authorities, are now in full motion and changes are already being seen year on year. These changes will untimely lead to the total repositioning of Magaluf.