In March 2023, Mama Shelter will be launching their latest hotel in Rennes, a medieval city in northern France where modernism and tradition meet. Rennes is the second largest city in France in terms of number of students, which gives the old city with antique architecture a bustling atmosphere.

Complying with the instructions of the Architectes des Bâtiments de France [conservation law], Mama Shelter Rennes is writing a new chapter without overshadowing the previous ones.

Serge Trigano, Co-Founder & President, says: “At Mama Shelter in Rennes, our teams have successfully met two challenges: to establish a contemporary hotel in a renovated historic complex, many parts of which come under the Bâtiments de France jurisdiction. We also wanted to soak up traditions in this region of Brittany, with its strong personality and highly sophisticated culture. Having completed the work, we are now looking forward to sharing Mama’s festive spirit with the people of Rennes and all those who love Brittany. To invite them to experience and feel the city, in its restaurants and bars, which subtly tell its story. We’re also looking forward to welcoming fans of Mama’s in the heart and soul of Rennes.” 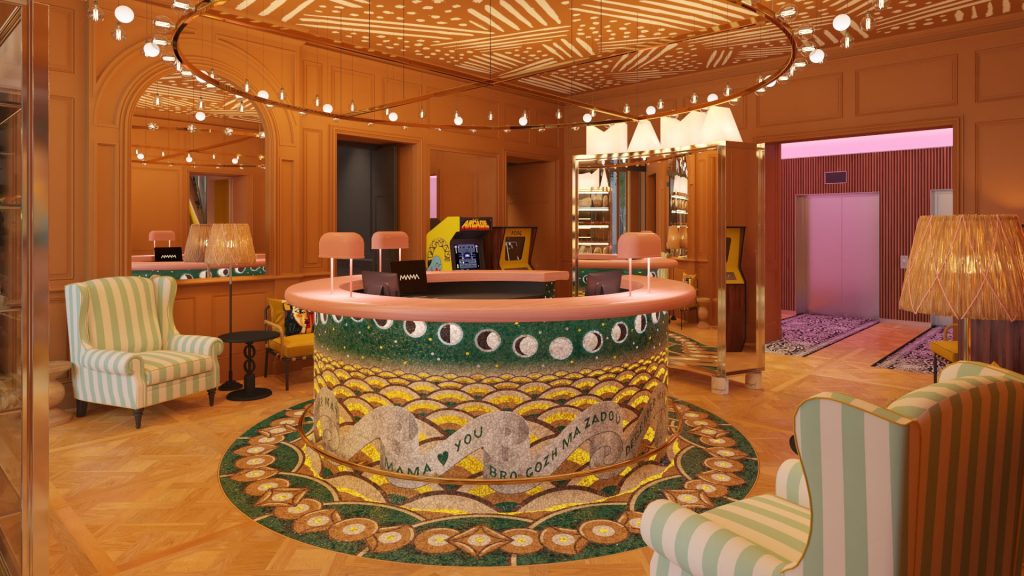 DESIGN
Benjamin El Doghaïli, architect and head of the Mama Shelter design studio, has embraced Rennes’ vibrant heritage and designed the hotel to be at one with its environment. The 119 bedrooms (including Mama’s 5* luxury bedding) vary in sizes and shapes, with some nestled under the roofing, and some carrying old mouldings and a fireplace. The bathrooms are timeless, with large black and white striped tiles, a large space for toiletries and organic beauty products from the Mama Skin range. 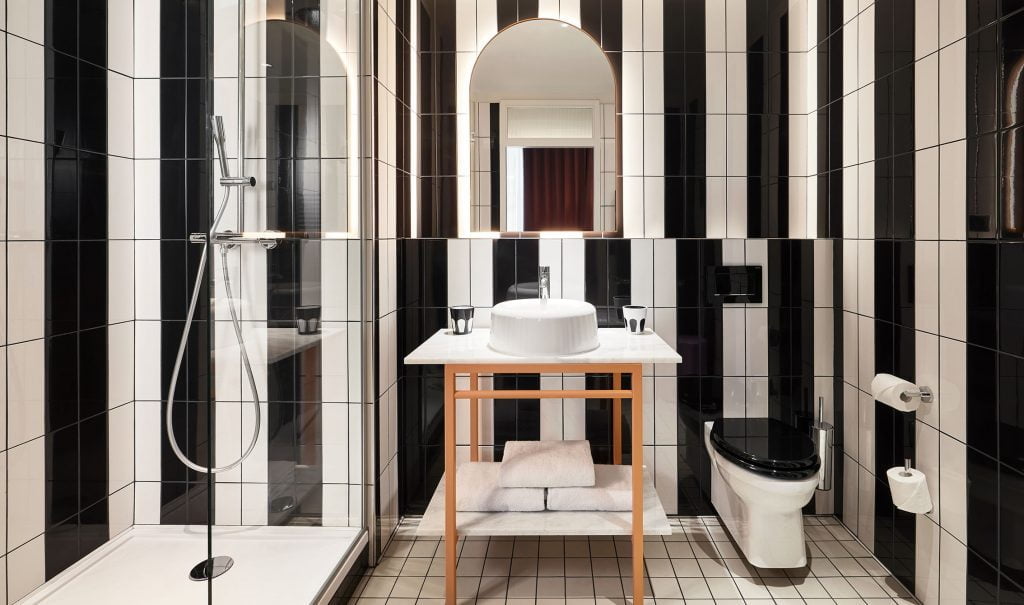 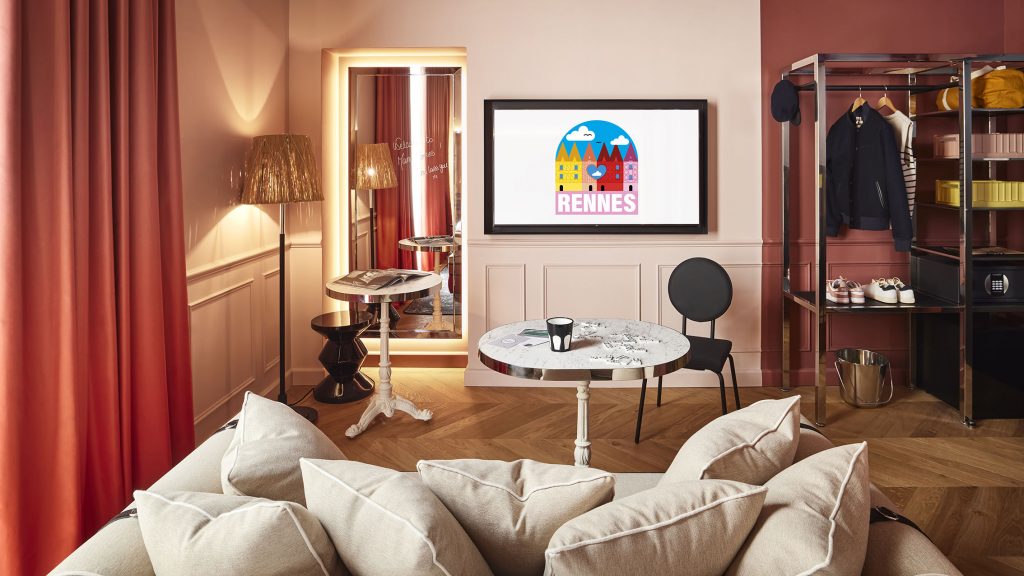 El Doghaïli, in this former banking property where currency was once minted, has drawn on the vibrant local culture. The lobby is home to a large rounded counter adorned in a mosaic frieze of buckwheat pancakes, a classic delicacy of the area, in the Odorico brothers’ style, with salted-butter-caramel coloured walls. In the large brasserie restaurant offering beautiful views over the city, upholstered benches with a custom-made fabric evoke the popular saying “Vouloir le beurre et l’argent du beurre” [To have one’s cake and eat it, too]. One of the ground floor lounges is decorated entirely in pink and embellished with lobsters, mussels, seaweed and oysters, to evoke the delicacy of local seafood platters. Jumbo-sized Chinese umbrellas showcase the umbrellas mixologists decorate cocktails with, as a reminder that the Breton people are travellers at heart. The pattern on the carpet along the corridors represent the lace of the Bigouden headdresses, the stoat of the flag of Brittany, and the wolf, the fox and the weasel of a medieval song of Burgundy origin. 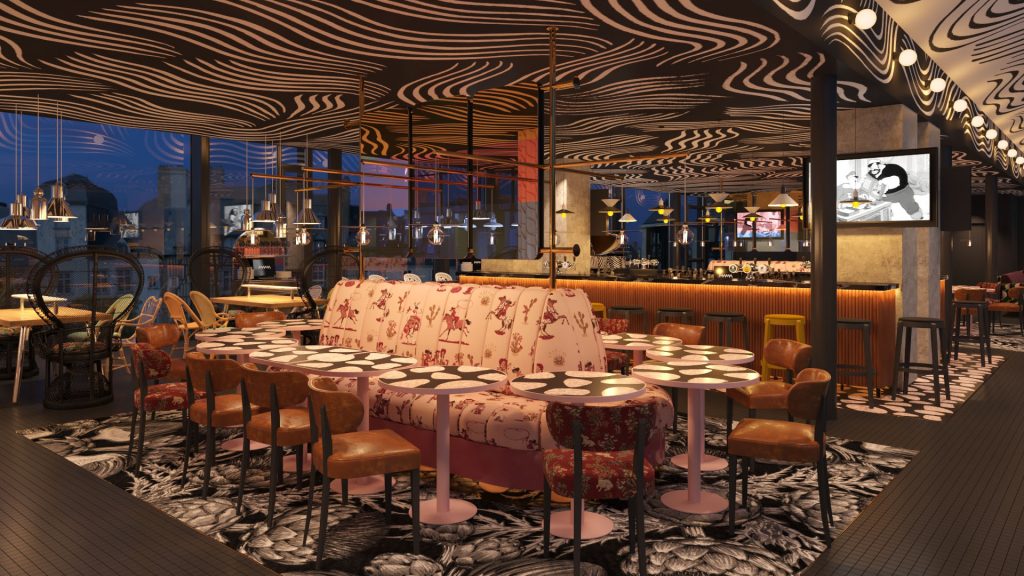 Guests can enjoy the rooftop with sweeping views of the city. The rooftop, a novelty in Rennes, provides an incredible view of the city’s well-tempered character, bourgeois 19th century buildings, ramshackle 16th century houses, and towers built just like the tapered bell towers of its churches. In the basement, several colourful karaoke rooms will be available to hire for groups. Another highlight is the swimming pool, with disabled accessibility, a hammam and a sauna and a Mama Skin Spa – a first for Mama Shelter – a boudoir nestled under stone vaults. 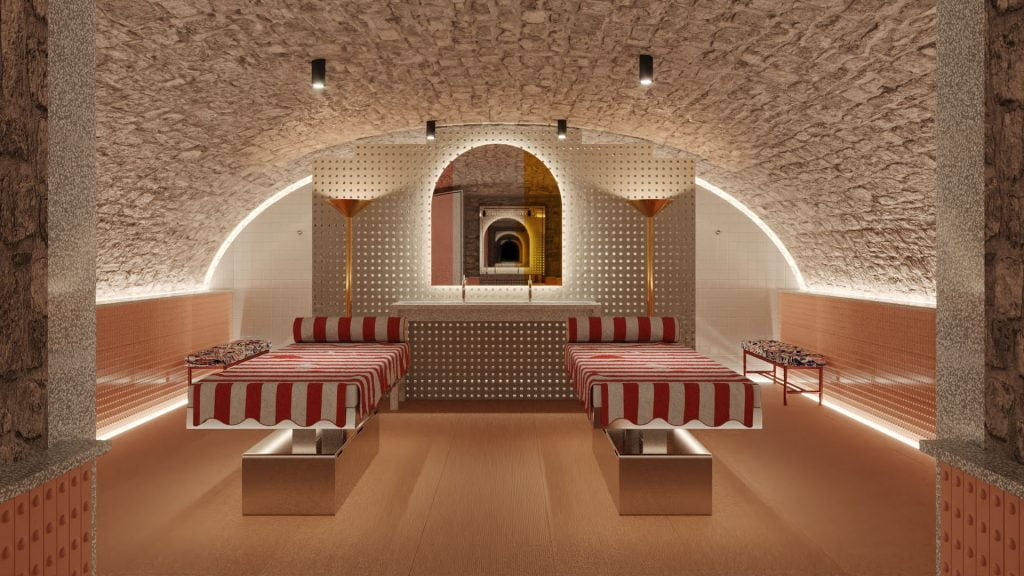 “Living intelligently, means knowing how to live together, in social harmony” This is the motto of the city of Rennes, which also reflects Mama Shelter’s ethos” says Cédric Gobilliard, Mama Shelter’ Managing Director. Mama Shelter is a unique place of economic and social vitality, breaking down codes and sharing its values of equality and freedom. Opening the first Mama in Brittany, in the centre of Rennes and in a listed building, is a testimony to the boldness of Mama Shelter’s disruptive concept and its sincere desire to unveil its brand and festive spirit to the people of Rennes and to travellers who are lovers of authenticity”. 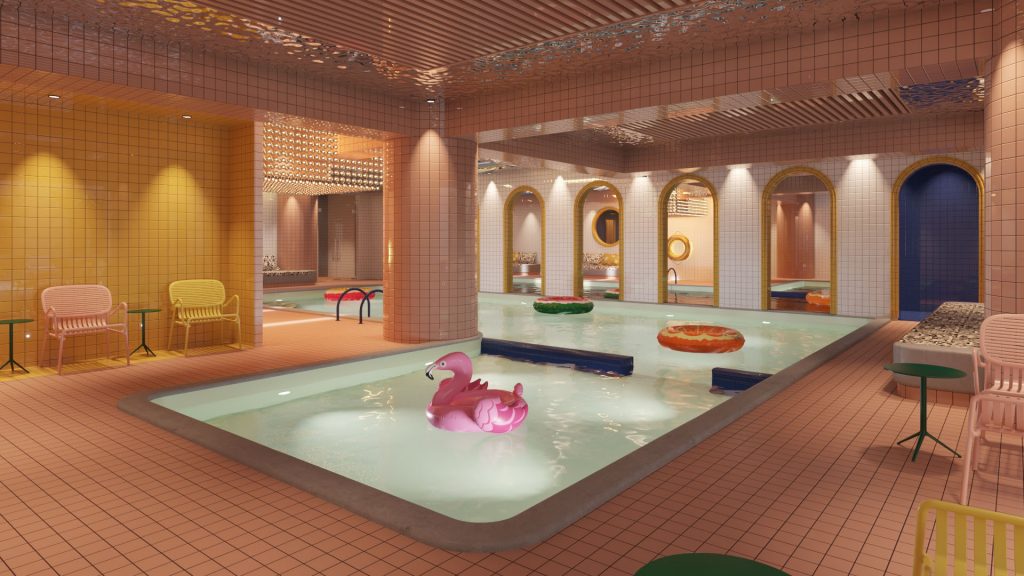 About Mama Shelter
After many glorious years at Club Med (co-founded by the Trigano family), Serge Trigano launched Mama Shelter in 2008, in partnership with his sons Jérémie and Benjamin. From the outset, they wanted to offer their customers a cheerful atmosphere and exceptional service at an affordable price. They set up in cities they loved, in neighbourhoods that told a story. In focusing solely on places dear to their hearts, the founders of Mama Shelter intend to express their ideal of an atypical, eccentric, and unique place. More than just bedrooms and restaurants, Mama Shelter hotels offer a vibrant experience as true urban refuges, not only aesthetic and modern, but also popular, welcoming and sexy. The Paris East hotel was followed by the one in Marseille, then Lyon, Bordeaux, Los Angeles, Rio de Janeiro, Prague, Belgrade, Toulouse, Lille, London, Paris West, Luxembourg, Rome, Lisbon and Paris La Défense. Future locations are now planned in Rennes, Dijon, Dubai and many other places. In 2014, the international hotel chain Accor partnered with Mama Shelter to expand this concept and host travellers from near and far around the world. Mama Shelter is part of Ennismore, a creative hotel group rooted in cultures and destinations, with a global portfolio of entrepreneurial brands. Ennismore is a joint venture with Accor, founded in 2021.

Mama Shelter Rennes will be the brand’s 9th hotel in France and the 17th worldwide. A long-awaited birth for this Breton baby with 119 bedrooms, five workshops, a restaurant, a rooftop, a swimming pool, a Mama Skin Spa and surprisingly, several karaoke rooms! Mama Shelter Rennes has the Celtic soul and fibre.