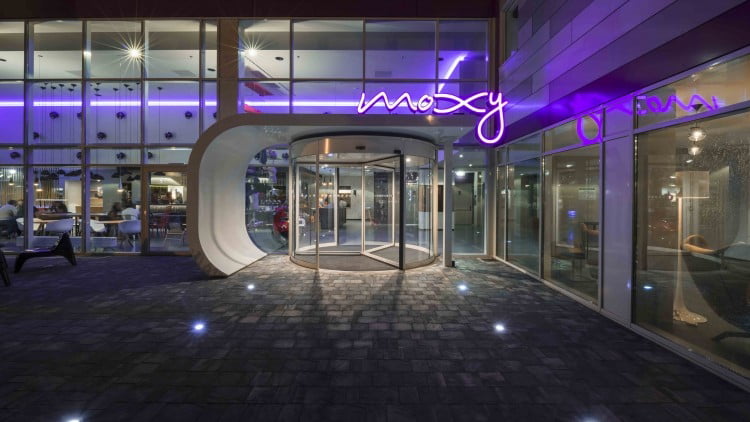 Hospitality giant Marriott Hotels has opened the doors on its latest development in Aberdeen.

The 200-bed hotel the latest in a trend which has seen upwards of 2,000 rooms built nearby Aberdeen Airport in recent years in what is challenging times for the sector.

The Moxy Aberdeen – the first outing for the Marriott’s ‘eclectic and trendy’ brand in the UK – has also launched with low prices.

Hotel Captain, Donovan Sumner said: “Moxy is a concept that is different to anything else on the market. We are confident that it will create a new experience for guests looking for a cool, edgy brand at attractive rates.”

Mr Sumner said: “We like dealing with small producers where you can talk to the owner direct. Low food miles makes sense on so many levels and complements our strategy for Moxy.”