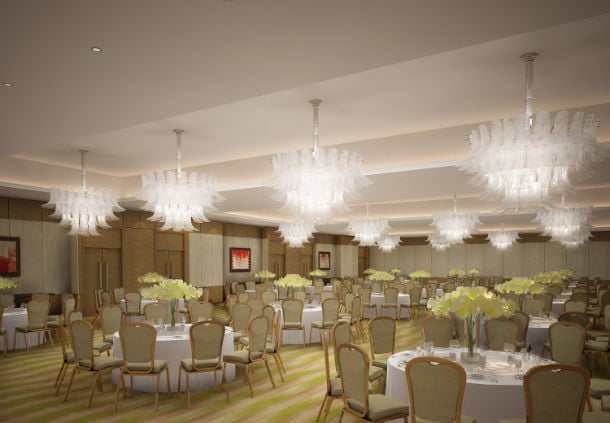 Marriott International has opened its first hotel in Rwanda, cementing its newly acquired status as the world’s largest hotelier.

The 254-room Kigali Marriott Hotel will have 30,000 square feet of events space, as well as a spa and heated indoor pool, aimed at cashing in on the country’s fast-growing meetings and tourism business.

The opening comes two weeks after Marriott completed its $13.6 billion purchase of Starwood Hotels & Resorts, landing it 1,200 properties around the world and doubling its presence in the Middle East and Africa.

“This hotel will be transformative,” Arne Sorenson, Marriott’s chief executive, said in an interview. “It’s a prominent ‘open-for-business’ sign for the country.”

The property is expected to create more than 500 jobs in Rwanda, which continues to rebuild two decades after civil war and genocide. Marriott partnered with the Akilah Institute, a Kigali-based women’s college, to recruit and train potential candidates, some of whom prepared by interning at Marriott properties in the Middle East.

“We found a very eager workforce for obvious reasons,” Sorenson said. “These jobs are really sought after.”

The opening of the Marriott, which has been in the works for more than five years, will mark one of the country’s first big-name hotels.

Marriott, which began in 1927 as a root beer stand in the District of Columbia, currently has 229 properties with nearly 50,000 rooms in the Middle East and Africa. Later this week, the company will break ground on two properties in Capetown and Johannesburg as part of a broader push into the continent.

Two years ago, Marriott acquired Cape Town-based Protea Hospitality Group for about $186 million, making it the largest hotel company on the continent.

“Africa has significant untapped potential for travel and tourism, both as a destination and source of new global travellers,” Sorenson said.