“Sofitel Legend Metropole Hanoi is a supremely beautiful hotel, inside and out. Every corner is a compelling photo opportunity, especially in the gleaming historic wing and all-white inner courtyard,” the Forbes Travel Guide noted in its inspector’s highlights.

Forbes Travel Guide, established in 1958 (then called “Mobil Travel Guide”), is the oldest travel guide in the United States, and is the creator of the original Five-Star rating system for hotels. The guide’s ratings are among the most highly respected in the hotel industry.

While the Metropole’s luxurious accommodation and historic facilities earned substantial praise in the guide, the ratings place an even greater emphasis on service, meaning that the Metropole distinguished itself primarily through its warm, personalised and attentive service both in the hotel and in its award-winning restaurants and spa.

“All of us here at the Metropole understand that we’re the caretakers of an incredible historical hotel, and that the service we provide must not only be commensurate with the legacy of this Grand Dame but must in many ways exceed expectations,” said General Manager William Haandrikman. “This Five-Star rating from Forbes affirms that our team here is doing exactly that.”

The Metropole Hanoi’s rich history, including its Path of History (and wartime bunker) tour, also came in for praise from Forbes Travel Guide, while afternoon tea at Le Club Bar, coffee at La Terrasse and cocktails at Bamboo Bar were described as experiences that have evolved into “must-do Hanoi traditions.”

Moreover, Le Spa du Metropole “is a sublime urban retreat… ensconced in what feels more like an elegant residence than a wellness center,” the inspector’s review added.

In order to complete their evaluations, inspectors pay their own way and stay anonymously as typical guests for at least two nights. Forbes Travel Guide bills itself as the only independent, global rating agency for luxury hospitality, and says that only 20 percent of all hotels it rates earn a Five-Star rating. 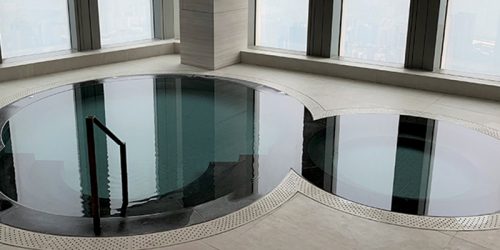 Currently the seventh tallest building in the world, the Chow Tai Fook Finance Centre is a 530-metre... 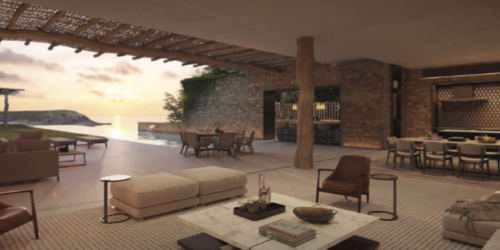