“These prestigious recognitions are such an honor for our team members,” said Lilian Tomovich, chief experience and marketing officer for MGM Resorts International. “The independent review processes validate our commitment to go above and beyond to create fantastic and memorable experiences for our guests every single day.”

For the first time, The Spa at ARIA proudly joins the elite collection of Forbes Five-Star spas. This marks MGM Resorts International’s second spa to be recognized with this prestigious honor, along with ESPA at Vdara, which has earned a Five-Star rating for its third consecutive year.

To be considered for this award, Five-Star spas must provide an extraordinary experience from the moment guests book an appointment until they depart. This includes impeccable guest service as well as ensuring all amenities and public areas are in pristine condition. 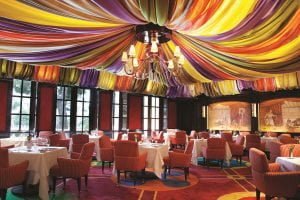 Demonstrating their continued brilliance as veterans on the roster of Five-Star restaurants are Joël Robuchon  Restaurant at MGM Grand Hotel & Casino, as well as Le Cirque and Picasso, both at Bellagio Resort & Casino.

Joël Robuchon Restaurant has achieved a Five-Star rating for 10 consecutive years, with Le Cirque and Picasso being recognized the past three and six years respectively.

Restaurants earning a Five-Star rating go through a rigorous evaluation and training process and must reach the highest levels of service including exquisite food and presentation.

Forbes Travel Guide continued to crown MGM Resorts International with the highest honors again in 2019 by awarding Five-Star ratings to ARIA Sky Suites for the seventh year in a row; SKYLOFTS at MGM Grand for 10 consecutive years; and MGM Macau for the fifth time in as many years.

Reserved for the most outstanding and iconic properties, Five-Star accommodations must provide an extraordinary stay with virtually flawless service and amazing facilities.

U.S. News & World Report ranks the best hotels in the country based on an analysis of industry awards, hotel star ratings and user ratings. In addition to earning a Forbes Five-Star rating, ARIA Sky Suites was crowned the #1 Best Hotel in Nevada, #1 Best Hotel in Las Vegas and #32 Best Hotel in the USA by the organization.

The Knot Best of Weddings Hall of Fame

The Wedding Chapel at ARIA and Weddings by Mandalay Bay had their own “big days” as they were ceremoniously inducted into The Knot Best of Weddings Hall of Fame for 2019.  Inductees represent the top wedding professionals a couple should consider when planning a ceremony and were carefully selected after an evaluation of hundreds of thousands of vendors.