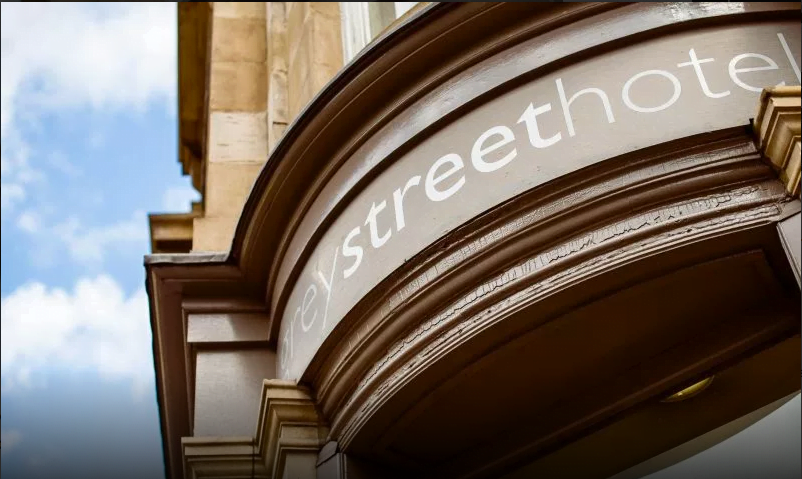 Work is underway at the Grey Street Hotel in Newcastle upon Tyne to transform the property into a boutique spa and conference venue.

The grade II-listed hotel is set to undergo a £1.2m 32-week phased development programme in which the first stage will include the refurbishment of the hotel’s 49 bedrooms. They will be individually styled and combine contemporary luxury with tributes to the city’s heritage.

Each room will have a feature wall bearing a large-scale image of a Tyneside landmark – including the neighbouring Theatre Royal – or a famous figure, such as Earl Grey, from whom the street and hotel take their name.

Plans unveiled by the hotel’s owner – Newcastle-based Malhotra Group – also reveal a number of changes to the hotel’s layout, including the relocation of the entrance and the introduction of a street front coffee shop on the ground floor.

A conference and event space, which will hold up to 100 people, will be located in the lower basement, along with a new spa comprising of three treatment rooms, a manicure and pedicure suite and a hair and beauty salon.

Atul Malhotra, Operations Director at The Malhotra Group, said: “We’ve taken an entirely fresh look at the space to widen its appeal to residents and non-residents alike.

“Our challenge has been in providing the standard of luxury and comfort today’s hotel visitors expect, while respecting the building’s historical and architectural significance and I am confident we will achieve this.”

The development will create 12 additional full and part-time jobs at the hotel.