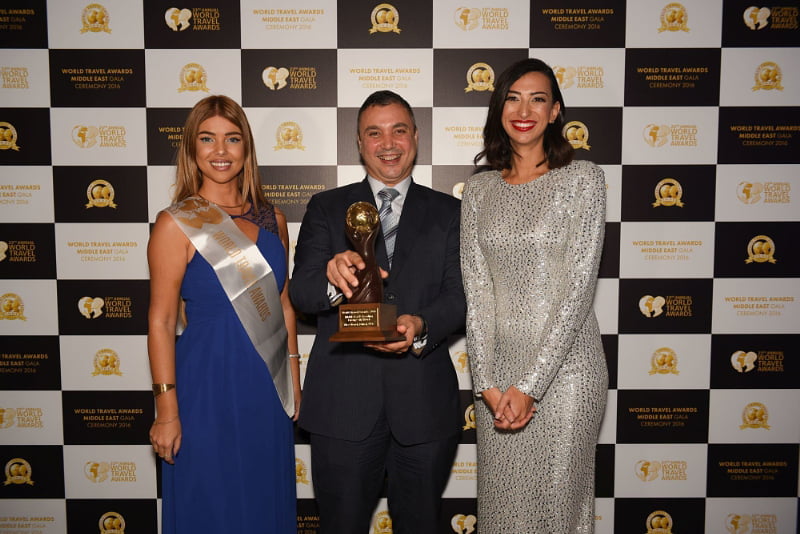 The prestigious World Travel Awards has voted The Oberoi, Dubai as the ‘Middle East’s Leading Luxury City Hotel’ for the third year in a row at a ceremony held in Dubai, UAE.

Hailed as the ‘Oscars of the travel industry’, World Travel Awards celebrates its 23rd anniversary this year and is acknowledged across the globe as the ultimate travel accolade. The brand aims to celebrate those organisations that are pushing the boundaries of industry excellence.

The coveted awards are chosen by travellers and hospitality industry professionals across a variety of categories.

The Oberoi, Dubai competed against several luxury city hotels across the Middle East and Dubai, winning the award as a result of its all-round excellence and unparalleled levels of service.

The Oberoi, Dubai is part of the internationally famed Oberoi Group and represents its first property in the UAE, having successfully opened in June 2013. The World Travel Awards are the latest addition to the hotel’s increasingly expanding collection of awards including Best Business Hotel by the readers of Business Traveller Middle East 2015.

Talking about the recent accolade for The Oberoi, Dubai, Mr Karim Bizid, General Manager, The Oberoi, Dubai, said: “We are proud yet humbled at having been voted Middle East’s Leading Luxury City Hotel for the third consecutive year. The Oberoi, Dubai brings an ethos of service without compromise to the UAE. This international recognition from World Travel Awards, Middle East shows that we have consistently upheld the promise of unparalleled levels of service for which the Oberoi brand is renowned worldwide. This award is a testament of the entire team’s hard work to ensure that every guest’s experience is truly memorable.”