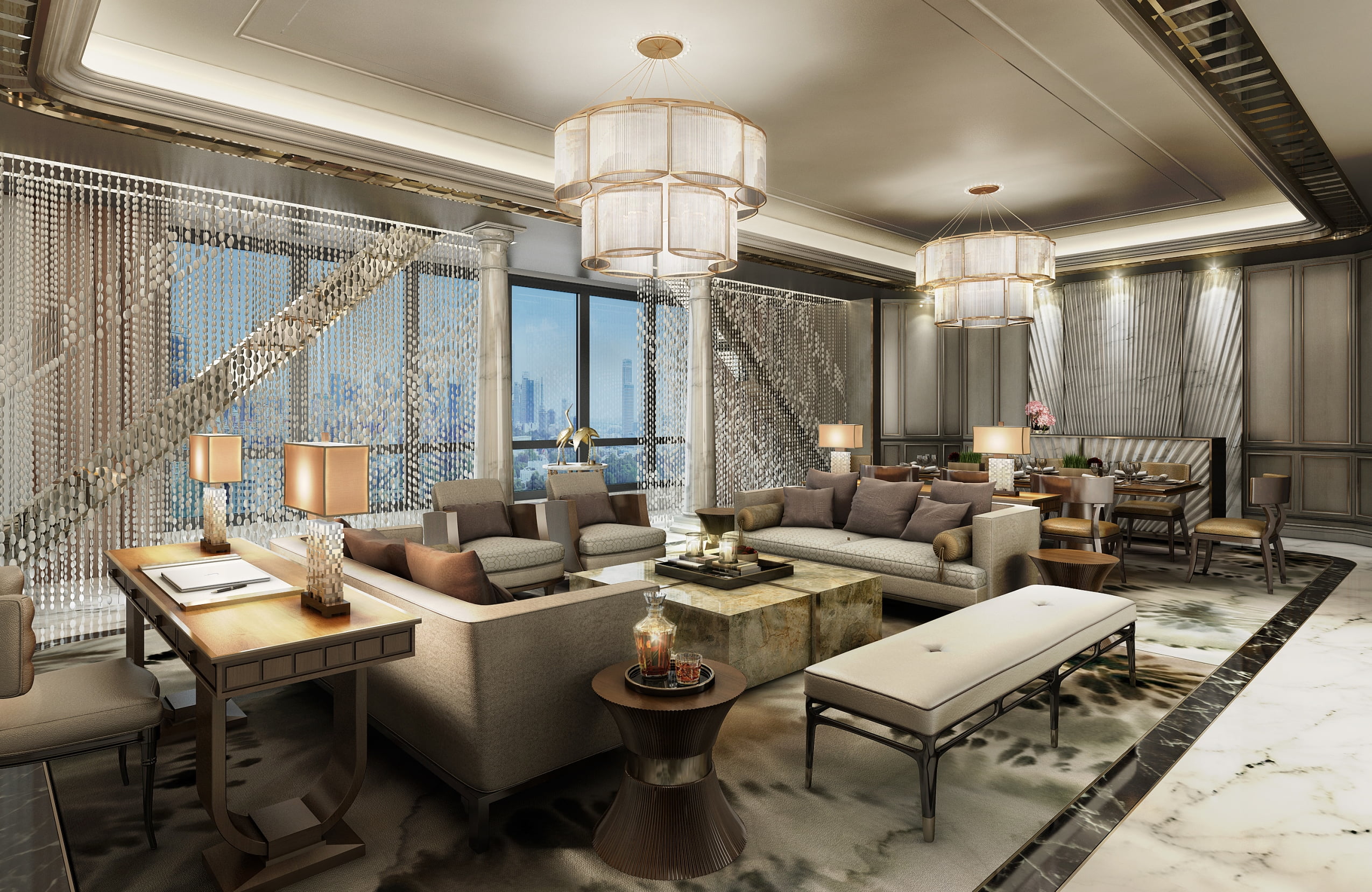 Hong Kong-based Langham Hospitality Group celebrates another international milestone with the opening of The Langham, Haikou.

Said to be a new landmark of elegant and classic luxury in the city skyline, the hotel opens as the group’s eighth hotel in China and 20th worldwide. “We are delighted to introduce The Langham Hotel to the rapidly growing city of Haikou,” says Robert Warman, Chief Executive Officer of the Langham Hospitality Group. ” Together with developer, Hainan Xinruidu Industry Investment, we are committed to creating a luxury hotel experience and sophisticated lifestyle destination that will be the centrepiece of this exciting new urban development.”

The Chairman Suite comes in at 356 square metres and features two bedrooms with unobstructed views of the South China Sea. The well-appointed suite epitomises the ultra-luxurious tone that the Langham brand is famous for in other popular cities such as London, Sydney, Chicago and New York.

With tasteful decor, Art-Deco motifs are welcoming and stylish in the lobby area, while naturally lit meeting spaces and venues create an idea multi-functional space in the hotel that covers 1,564 square metres.

Upstairs, on the sixth floor, sits the English style garden where guests can relax among luscious greenery, perfect for socialising above – and far removed from – the city below.