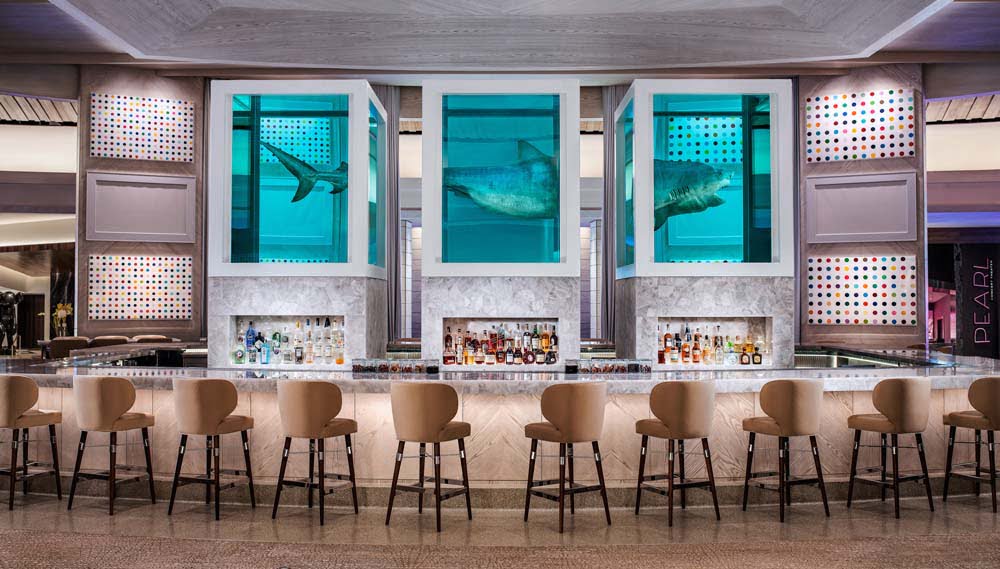 Palms Casino Resort Las vegas has announced the opening of a collection of new restaurants and entertainment venues, the renovation of the resort’s iconic casino, and the unveiling of a property-wide contemporary art programme. Part of the ongoing $620 million reimagination of the property, the opening of these exciting new amenities signals the completion of the previously announced first phase of upgrades, which will yet again transform Palms into Las Vegas’ most elevated destination.

Palms, known for its iconic rooms and suites, is transforming its look with a sophisticated redesign of all of the Fantasy Tower guest rooms, suites and its six famous Sky Villas. Guest rooms and suites were redesigned by Avenue Interior Design to create a memorable and inviting experience. In addition, each of the resort’s Sky Villas is transforming by way of a complete renovation by Bentel & Bentel to provide guests with some of the most luxurious accommodations in the world. The rooms will showcase artwork from acclaimed artists Thrush Holmes, Gary Stranger, Cody Hudson, Sandra Chevrier and Carlos Rolon. This transformation is due to be fully completed by the autumn, although certain luxury rooms and suites are already available for bookings.

Palms has interwoven a one-of-a-kind art programme throughout the property, including a number of pieces from the personal art collections of Frank and Lorenzo Fertitta, with works by globally renowned artists Damien Hirst, Jean-Michel Basquiat, Andy Warhol, and Dustin Yellin. The resort also debuted newly commissioned creations by leading contemporary artists such as Adam Parker Smith, Jason REVOK, Eric Haze, Felipe Pantone, James Jean, Timothy Curtis and many more that have already begun popping up on property. Palms is infusing this wide range of street, modern and blue-chip art into every detail of the hotel – from the newly debuted ‘Wish You Were Here’ front desk collaboration by Olivia Steele and Keegan Gibbs, down to clever in-room amenities designed by Dabs Myla.

Palms is now home to one of the most inviting and advanced gaming floors in Las Vegas, having undergone a complete remodel of the entire casino including chic lighting, wood ceiling fixtures and bright carpet tones. Over 40 new table games, which feature charging outlets at many seats, will join more than 1,100 video poker and slot machines with the latest games and popular themes centered around a dramatic new centre bar. The luxurious new High Limit Gaming Lounge provides an intimate experience for discerning gamers while surrounded by stunning artwork. Upon arrival, guests are greeted by lush new landscaping including, of course, many Palm trees, alongside a 126-foot-tall, 60-foot by 54-foot LED screen dual-sided marquee. Additionally, the resort recently unveiled an all-new luxurious VIP check-in lounge where guests are welcomed into an opulent retreat with dark brown woods, vanilla onyx and tufted leather seating while surrounded by a collection of fine art.

The Pearl, Las Vegas’ premier concert theatre, recently debuted its full remodel complete with an impressive ‘PEARL’ mural at the entrance by Argentinian-Spanish artist, Felipe Pantone and deluxe VIP box accommodations. Notably, the Pearl, in partnership with Live Nation, hosts Blink-182’s first-ever Las Vegas rock residency, ‘Kings of the Weekend’. The 16-show run kicked off in May and runs through November. Other leading acts performing this year at the Pearl include Zac Brown Band, Halsey, Niall Horan, Charlie Puth and Alanis Morissette.