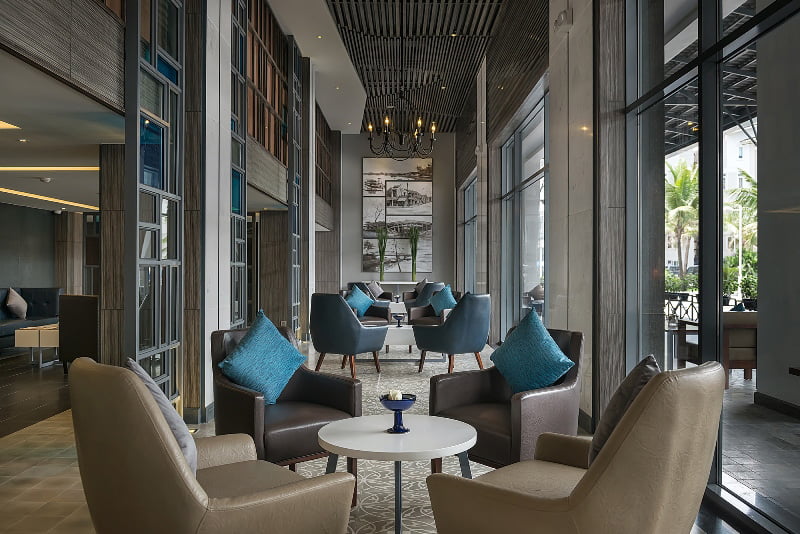 Paradise Group, one of the leading providers of luxury hospitality services in Vietnam, has responded to the growing demand for on-shore accommodation in Halong Bay by opening a second boutique hotel here.

The sleek hotel is next door to the equally posh Paradise Suites Hotel, which debuted two years ago on Tuan Chau Island, gateway to Vietnam’s most famous natural attraction.

“What we’ve found is that not everyone who is interested in seeing Halong Bay wants to spend the night on the water,” said Edgar Cayanan, General Manager of both hotels. “Some want to check out the surrounding area as well. Or spend time on the beach. Or have the ability to hold a big meeting or event, which obviously requires space. Expanding our offering in this fashion allows us to cater to those needs and desires.”

According to Vietnam National Administration of Tourism (VNAT) statistics, Halong Bay’s popularity is at an all-time high among foreigners.

Records indicate almost two million international tourists traveled to the UNESCO World Heritage site over the first six months of the year — a 52 percent increase over the first half of 2015.

“Because most travelers try to squeeze in a lot of destinations when they come to Vietnam, overnight cruises are still the most popular option in Halong Bay,” said Cayanan. “However, the common feeling is that overnight cruises — which last about 22 hours — aren’t quite long enough. So for those who have more time, spending one extra day cruising the bay is appealing.”

While Paradise Trend Hotel possesses many of the same qualities as Paradise Suites Hotel, there is one key difference: style.

“Paradise Trend is exactly what the name suggests — trendy,” said Cayanan. “It’s a nice juxtaposition to Paradise Suites, which has more of a classic feel.”

Guests of either hotel have access to a range of indulgent amenities, including two elegant restaurants, an inviting pub, a soothing spa and a boutique stocked with fashionable clothing and travel accessories.

Since putting its first boat on the water in 2008, Paradise Group has made a name for itself as the premier luxury cruise operator on Halong Bay.

That reputation is set to be enhanced in January, when the company unveils Paradise Elegance, a 31-cabin steel-hulled vessel designed to meet the most sophisticated tastes.

Paradise Group also owns and manages three of the most exquisite dining experiences in Vietnam, including Ngon Villa Hanoi, HOME Hanoi and just-opened HOME Hoi An.