Raffles London at The OWO – First look at interiors

An epic stage for modern tastemakers. 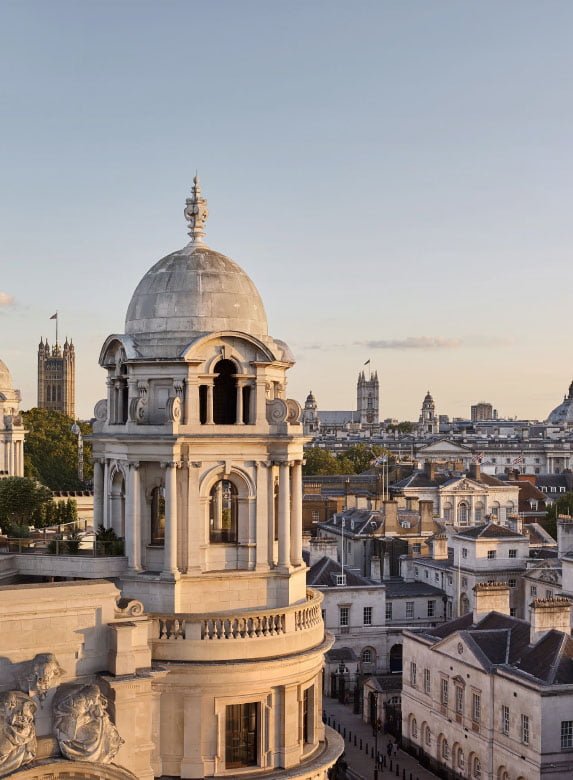 The Old War Office was once home to Legends. Today, Raffles London at The OWO is an epic stage for modern tastemakers. Located in the heart of Whitehall, The OWO overlooks some of London’s most majestic landmarks. This commanding building has been home to many well-known historical figures such as Sir Winston Churchill, Lord Haldane, Earl Kitchener and John Profumo, and was the inspiration behind Ian Fleming’s elusive James Bond. For the very first time, this former stage to many world-shaping events opens its doors to the curious and to the inspired and is a most powerful address to discover the truly remarkable city of London from an entirely new perspective. 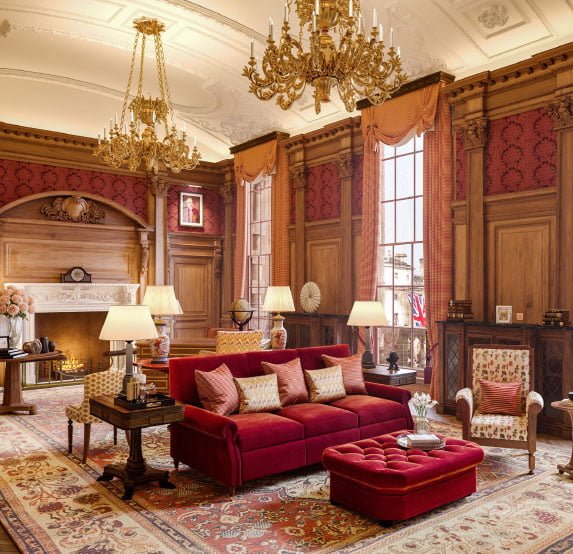 The Glorious Heritage Suites
The five Heritage Suites are situated in the building’s most storied rooms, formerly offices of influential political and military leaders that have been passionately and meticulously restored to preserve their many glorious heritage features. With spectacular views and incredible histories, the Heritage Suites are absolutely beyond compare. 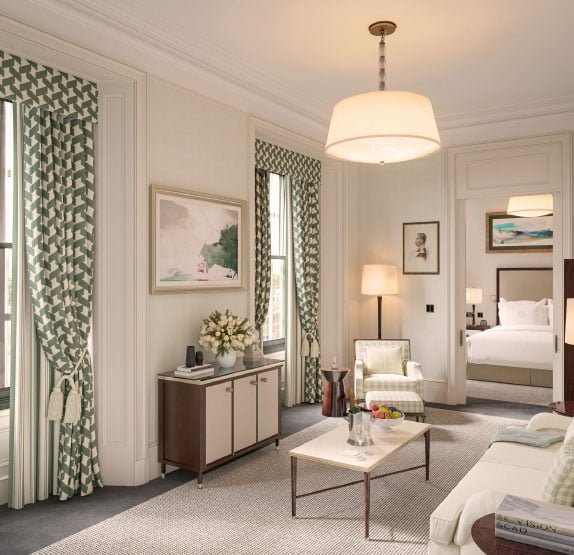 Set Within A Grand Grade II* Listed Edwardian Building
The interiors of Raffles London are by famed designer Thierry Despont, who has an impeccable pedigree for sensitively transforming landmark buildings and for cleverly reimagining spaces with history and heritage at their core. The hotel will boast 120 rooms including 39 suites, many with superb interconnectivity and awe-inspiring views. Set over five expansive floors and each with its own unique character, accommodations at Raffles London include large marble bathrooms with separate showers and bathroom amenities specially commissioned for The OWO, in addition to carefully curated artwork and the very best in modern inroom technology. 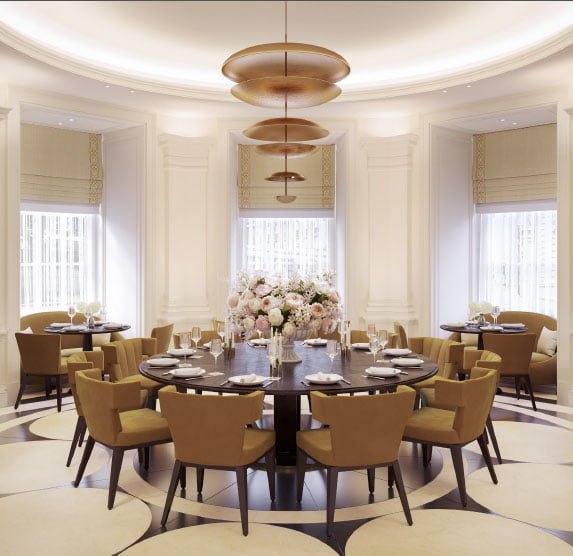 A New Epicentre Of The Capital’s Culinary Scene
The OWO and Raffles London take drinking and dining to new heights curating a diverse range of nine restaurants and three bars with three exclusive dining venues by acclaimed chef Mauro Colagreco including Mauro’s Table, a private dining room with views over Whitehall and guest access to an exceptional show kitchen. Raffles London will also be home to The Guards Bar, a sumptuous wood-panelled cocktail & champagne bar overlooking Horse Guards, and The Drawing Room, where London’s rich history and wide-ranging cuisine will be honoured and inspired by tradition. For those seeking the more clandestine and mysterious, The Spy Bar is the hotel’s unique speakeasy bar, hidden in the dark and shadowy depths of The Old War Office. With many restaurants set within the building’s most historical rooms, these eclectic dining experiences welcome visitors and locals to come together and enjoy a wonderful selection of sublime food and drink in the most staggering of settings. 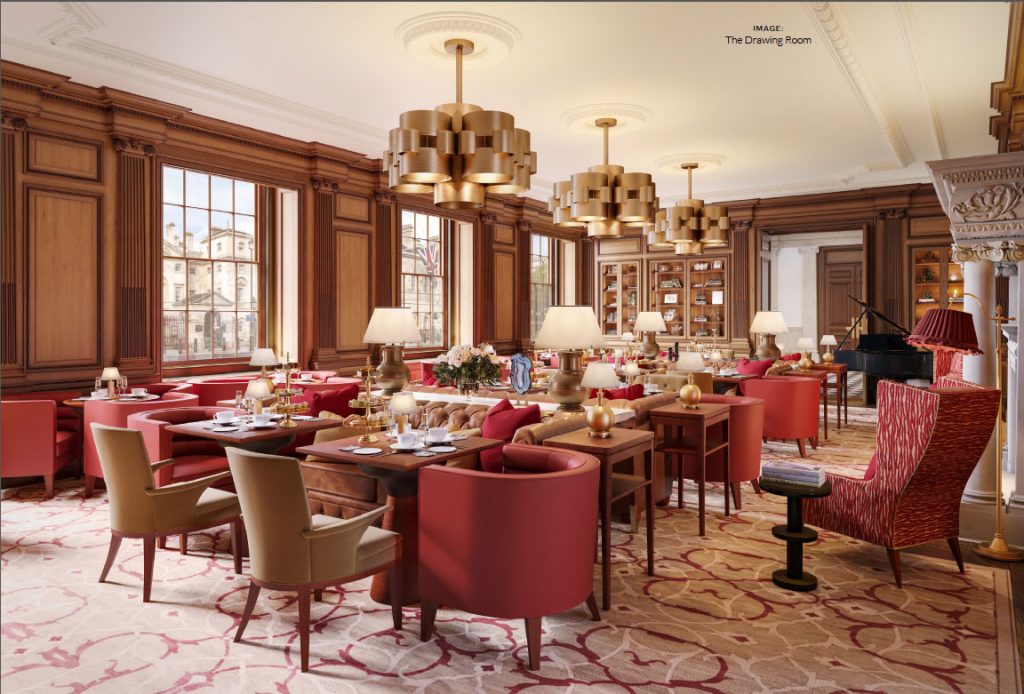 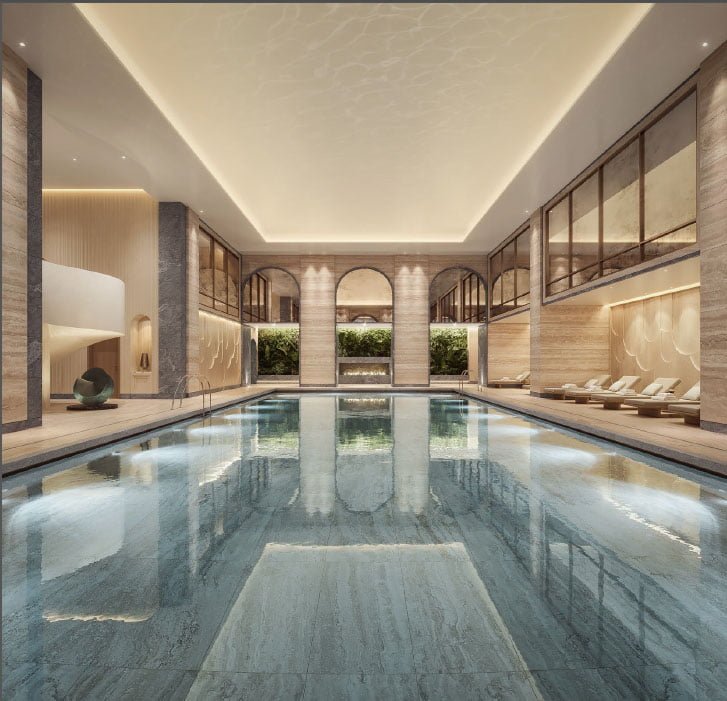 An Urban Sanctuary With Wellness At The Core
Spanning four levels, this urban sanctuary for holistic wellness strikes the perfect balance between the sumptuous indulgence provided by Guerlain and the highly bespoke training, nutrition and recovery programmes developed exclusively by Pillar Wellbeing. With nine treatment suites, a 20-metre indoor swimming pool, vitality pool, sauna and steam rooms, state-of-the-art gym and movement studio, Raffles London is where the most exceptional well-being experiences are brought to life. Complementing these facilities is the Pillar Kitchen offering healthy and guilt-free treats, and L’Atelier Guerlain offering express treatments and a curated boutique. Raffles London at The OWO will also offer a limited number of Lifestyle Memberships, which will have wellness at their core. 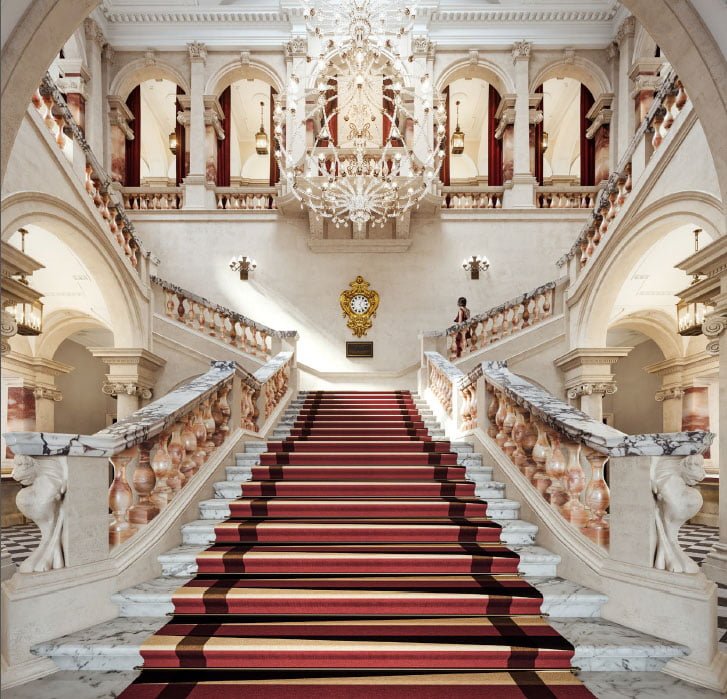