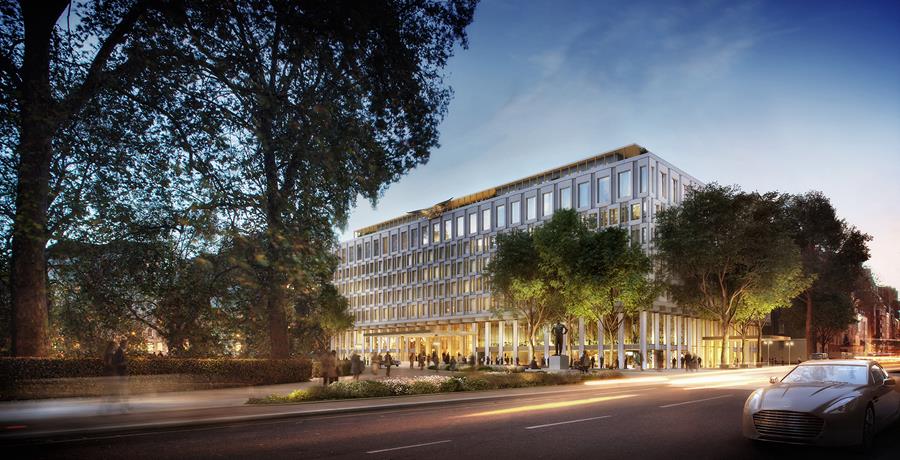 ReardonSmith Architects has announced that it will shortly be taking on the role of Executive Architect in the conversion of the former American Embassy in London’s Grosvenor Square into a Rosewood hotel. This follows a period of some three years during which time the practice has acted as Hotel Specialist Architect, working in close collaboration with Design Architect, David Chipperfield, and the professional team to help deliver the hotel’s operational plan for the building’s owner, Qatari Diar. As Executive Architects, ReardonSmith will be leading the project, taking it from its current stage through until completion and the building’s occupation by Rosewood.

The new Rosewood hotel will offer 137 spacious guestrooms and suites as well as a variety of dining and entertainment spaces, including five gourmet restaurants. It will also feature a signature spa, six flagship retail outlets and a grand ballroom for up to 1,000 guests. In their role as concept architects, David Chipperfield’s office has retained and enhanced the significant architectural features of the Grade ll listed Eero Saarinen masterpiece which was completed in 1960. The works will also include the removal of the existing security barriers on Grosvenor Square thus providing a vibrant, accessible and dramatically transformed area of public realm in the heart of London’s Mayfair.

“It is an honour to be working on such a prestigious project and with such an exceptional project team,” says Sidharth Bhatia, Associate Director of ReardonSmith Architects. “As with our many previous listed building projects, we are very conscious of acting as custodians of the property while delivering a world-class hotel that will meet all the operational demands placed on it and which will serve the test of time.”