Richard Young, the Managing Director of the 4 Red Star, Grade 1 listed Great Fosters, has stepped down after 20 years in post as he looks to pastures new for a fresh challenge.

The experienced hotelier, who has maintained Great Fosters position as one of Surrey’s most pre-eminent hotels for two decades, has decided to embark on a new course, having taken the hotel to new heights during his tenure.

Richard Young said of his decision: “It’s been a fantastic 20 years at Great Fosters and in that time, I’ve experienced the high and lows of our trade; negotiating some tricky waters including the financial crash, while helping to implement new technologies and overcoming various crises and changes in consumer demands, all while maintaining a continuously standout offering that has enticed Great Fosters’ guests to return time and time again.”

Great Fosters has recently been acquired by Alexander Hotels, a leading hotel group, which has added the venue to a luxury portfolio that already includes the 5 Star Alexander House in West Sussex, Rowhill Grange Hotel in Kent, as well as Barnett Hill and Langshott Manor in Surrey.

Ian Heath, Operations Director at Alexander Hotels said: “We’d like to wish Richard all the best in his future endeavours. We’re excited to take this on and build on the success of what is already a fantastic property and offering.”

The ‘Head Mermaid’ has been found for the first Scandinavian 25hours hotel, which plans to o... 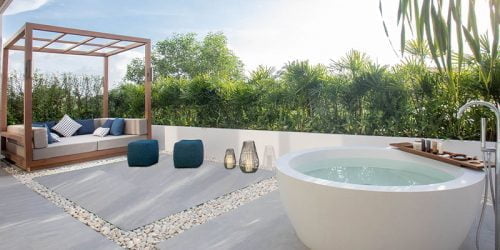 WATG has announced the appointment of Jeremy Heyes, RIBA, as Managing Director of the firm’s Londo...