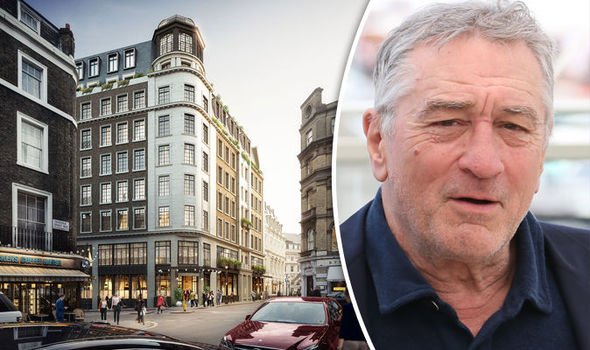 De Niro’s debut into the British luxury hotel market is marked by the his granted planning permission for an 83-bedroom boutique hotel in central London.

De Niro will be joint operator of the luxury Wellington hotel, which will also feature a spa, members’ club and two restaurants. It will be housed in six Victorian and early 20th-century buildings – three of them Grade II listed – in Wellington, Tavistock, Burleigh and Exeter Streets.

De Niro said: “London is one of the most exciting and cosmopolitan cities in the world. It makes perfect sense to develop a hotel that represents all of that in the heart of this city in Covent Garden.

“The Wellington hotel will honour the heritage of the area, while bringing the best of what we’ve done in New York to London.”

Deputy Leader of Westminster city council, Cllr Robert Davis, said: “This is one of the finest schemes we have considered for Covent Garden in years. The design is of the highest quality and it fits the bill as a Covent Garden building that meshes the new with the old. The hotel will attract visitors from all over the world.”