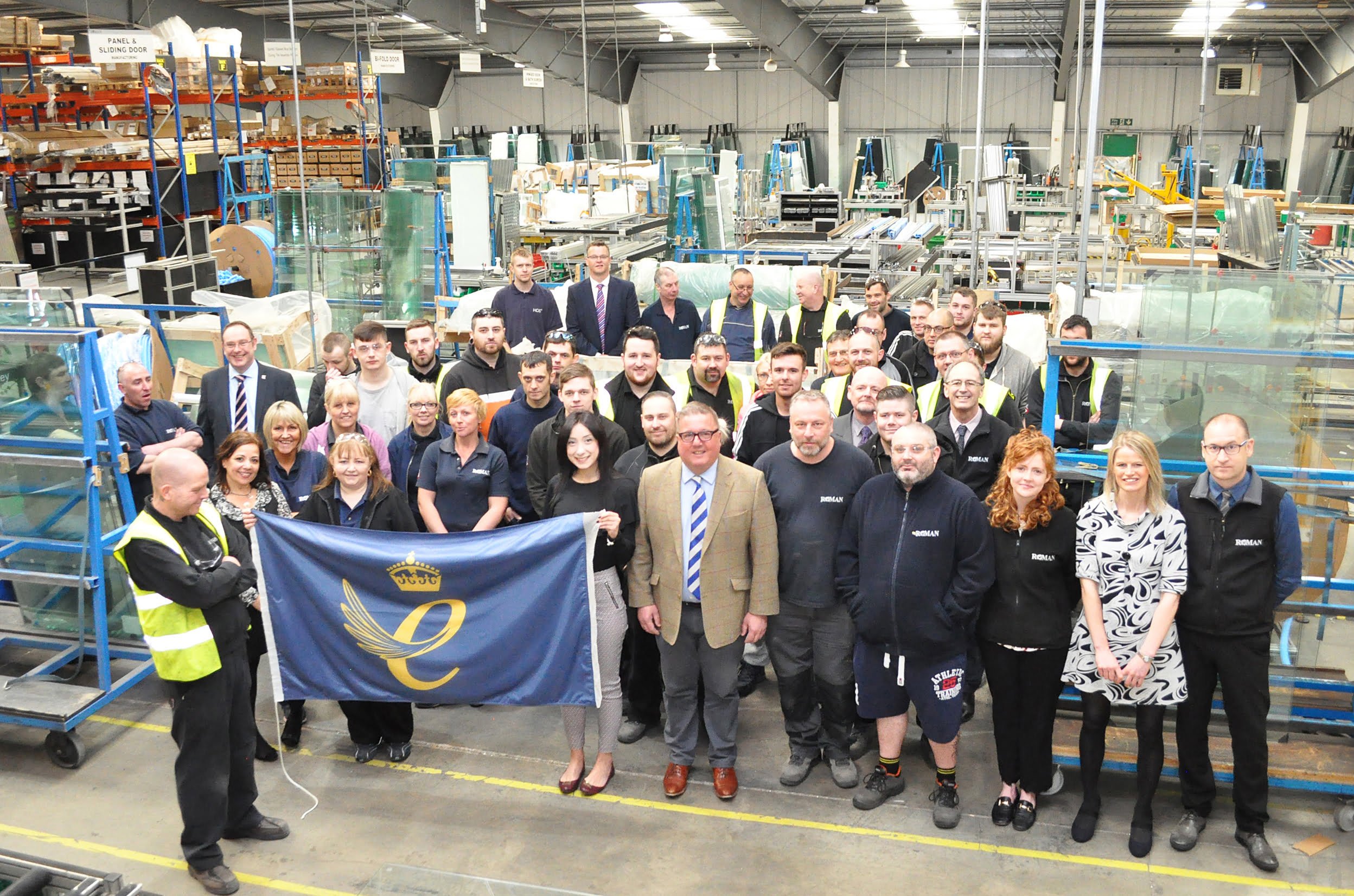 International shower designer and manufacturer, Roman, have received The Queens Award for Enterprise for International Trade.

Roman has been awarded the Queens Award for International Trade as they have shown a substantial and sustained increase in export earnings over three consecutive 12 month periods, to a level which is outstanding. The Queens Award for Enterprise is the most prestigious corporate accolade that a UK business can win.

Roman design and manufacture Shower Enclosures and Solid Surface products for the bathroom at their headquarters in Newton Aycliffe, County Durham. Roman has three manufacturing plants; for Shower Enclosures, Bath Screens and Wetrooms; for Solid Surface Fabrication of vanity units, basins and bathroom structures; and for moulding Solid Surface Shower Trays. The international market leader also has established subsidiaries in Ireland and Malaysia.

The Queens Award is made on the advice of the Prime Minister after examination of applications by an Advisory Committee composed of leading individuals from industry, commerce, trade unions and government. The awards are conferred by her Majesty the Queen on her birthday – 21 April.

Roman has achieved such a strong position in the market place by consistent and creative product innovation and has produced significant growth across all UK Market sectors and in the past 5 years, strong growth in International Markets. Roman’s manufacturing capability and vast range of products has made the Brand increasingly strong in key International Markets. Currently Roman is active in 28 International Markets and has supplied products for Projects in over 50 Markets across the World from County Durham.

Phil Wilson, MP, commented: “Roman winning the Queen’s Award is brilliant news for the business and the people who work there. The Award is also excellent news for Newton Aycliffe, County Durham and the North East of England. The local community in Aycliffe can be really proud another company on the business park, the largest in the North East, is helping to put the town on the map.”

David Osborne, Managing Director of Roman, commented: “Our sustained investment, patience and belief over the last 10 years in developing our international markets has proved a great success and for this to be recognised in such a way is a very proud achievement. We have developed unique capabilities which has in turn created so many opportunities with major International Hotel Groups. To receive this award so soon after returning from three fantastic international exhibitions during March (including ISH Frankfurt) just adds to the excitement and success.”